The American Bar at The Stafford

Hidden away in a quiet and hidden cul-de-sac, just a short walk from The Wolseley, lies the Stafford Hotel.

And within the Stafford Hotel, is the oddness of the American Bar.

It’s an old world, old money, old boys’ club of a bar that feels more “clubhouse” than cocktail bar: kinda feels odd sitting there having not just hacked your way around 18 holes. 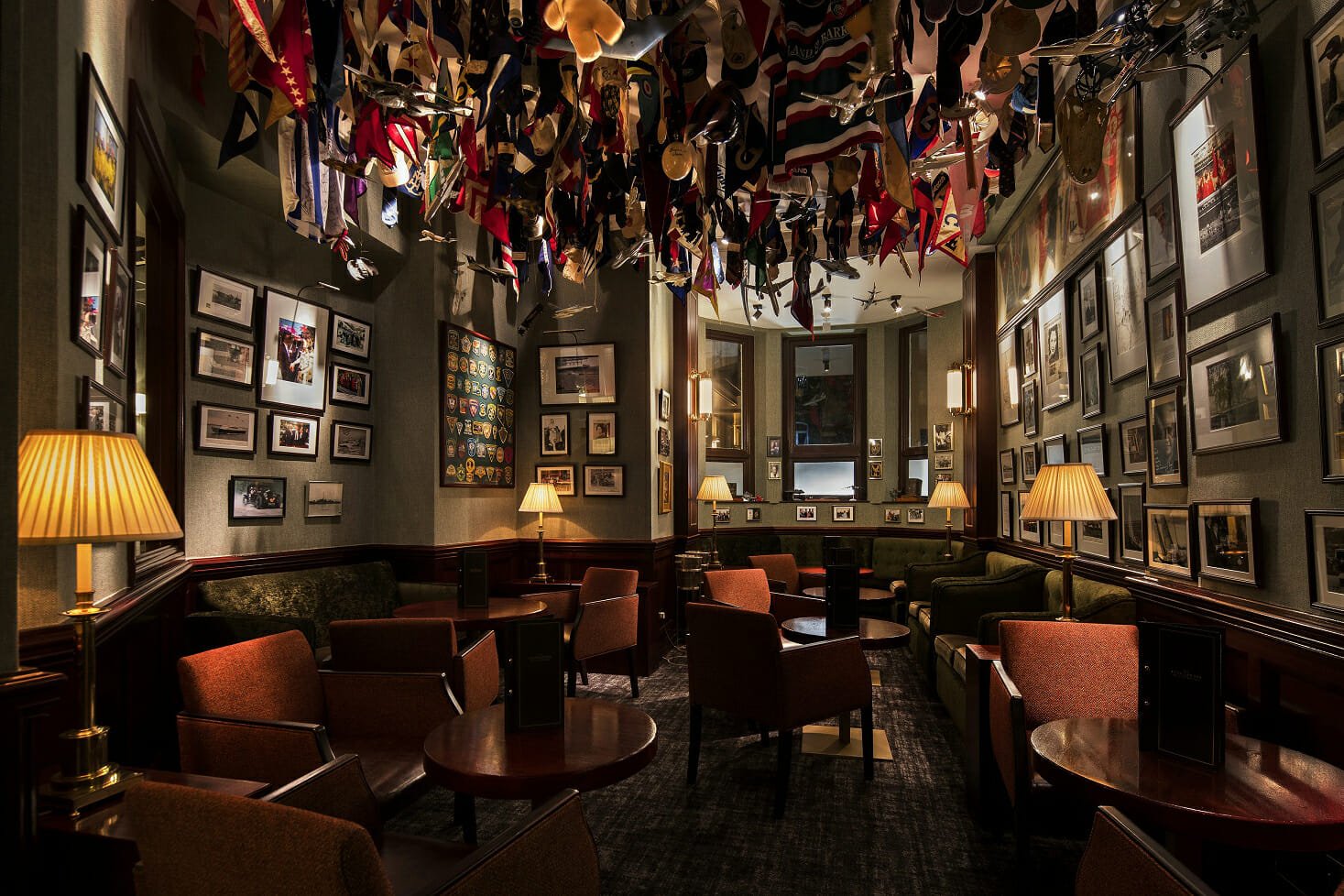 The story goes that the walls of the American Bar were so bare sixty years ago that a guest gave the head barman a carving of an American eagle. And this was soon followed by an Eskimo, and then a Kangaroo (gifted by an Australian).

There are now hundreds of ties, model airplanes, signed photos and other historical artefacts hanging from the ceilings and attached to the walls, making it an intriguing place to visit for a post-dinner double Lagavulin or two.

There are also a few tables outside the bar (within the hotel’s secluded cobbled courtyard) making it – in the summer – an amazing choice for a peaceful, hidden retreat from the crowds around Piccadilly, with a little BBQ and a cigar to help those drinks go down…

NOTE: The American Bar at The Stafford Hotel is open daily from 8am-12am. You can find out more, and make a reservation, HERE.

Like bars crammed to the rafters with unusual artefacts? You’ll love Mr Fogg’s Residence, then…

The American Bar at The Stafford