The Beaufort Bar | Glamorous Bar At The Savoy

Located inside the world-famous Savoy Hotel, the Beaufort Bar is built on what used to be the hotel’s cabaret stage.

A 1920’s-inspired jet black and burnished gold space, the bar was designed to reflect the glamour of its theatrical past (performers included George Gershwin) and make no mistake – it’s stunning. Like walking straight into F. Scott Fitzgerald’s The Great Gatsby, it’s worth going just to see it – which is lucky, because you’re going to want to get your money’s worth. 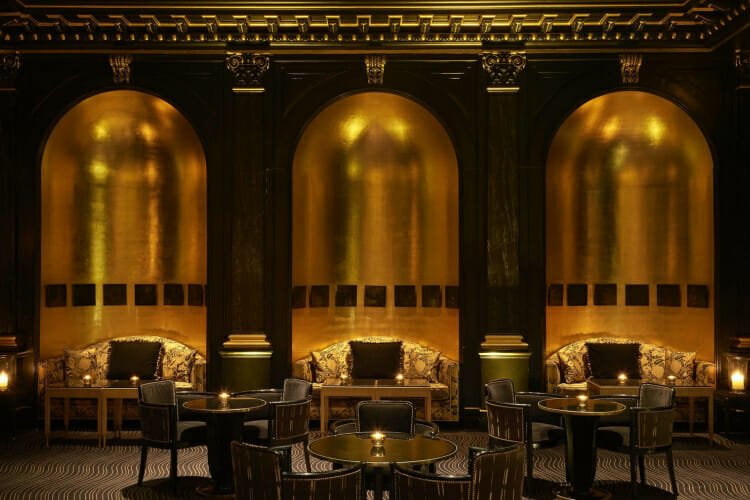 The current menu – entitled Music, Magic and Drama – has similarly been crafted to reflect the bar’s theatrical history, with the drinks list reading like a complete night out: from the early part of the evening with music, through magic, to the later phase (yes, the drama).

Music – This section has the lighter drinks, with a focus on champagne (we’re in The Savoy after all) – including a section devoted to grower champagnes (produced by the same estate that owns the vineyard). Magic is dedicated primarily to gin, featuring mixes like The Lightbulb Moment (Star of Bombay gin, rose and strawberry kombucha, Martini bitters, champagne cordial and electric bitters); and then there’s Drama – focused on whiskey with digestives such as The Dramatist (Jack Daniel’s Savoy Single Barrel whiskey, vanilla syrup, Artemis cold brewed coffee concentrate, Mr. Black’s coffee amaro and Louis Roederer champagne). 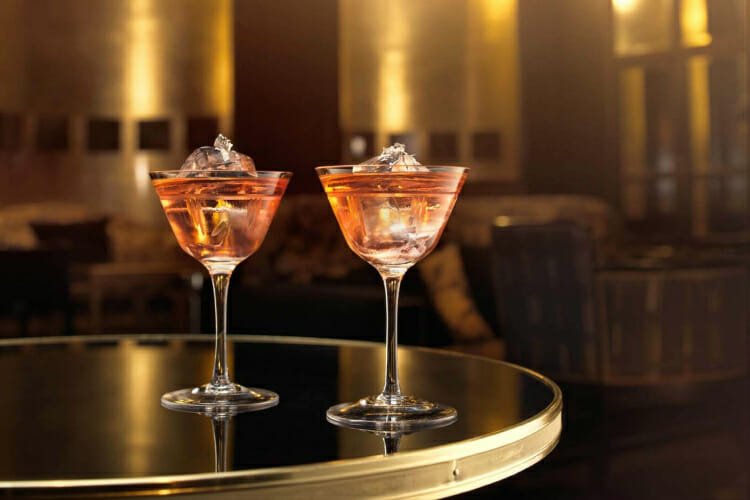 Accompanying each phase of the menu are a handful of dishes, such as goat’s curd, parmesan foam and cantaloupe melon; oxtail croquettes, bone marrow, hazelnuts and horseradish aioli; and yellowfin tuna tataki.

So drink in the live music from the adjoining foyer, live your best life….

…and worry about the rent tomorrow.

NOTE: The Beaufort Bar is open Mon-Sat, 5pm-1am. It’s walk-in only – and while you’re there, you may want to check out The American Bar, too.

Like drinking cocktails? Take a look at the best cocktail bars in London…