But the only thing getting drunk… will be the beer.

You’ll find it just off the Old Street roundabout, installed on the ground floor of the all-new sleek Bower Development. It’s dressed up in the classic Brewdog look: stark industrial minimalism softened with comfy seating and festoon lights. And it’s quite ambitiously big, too. 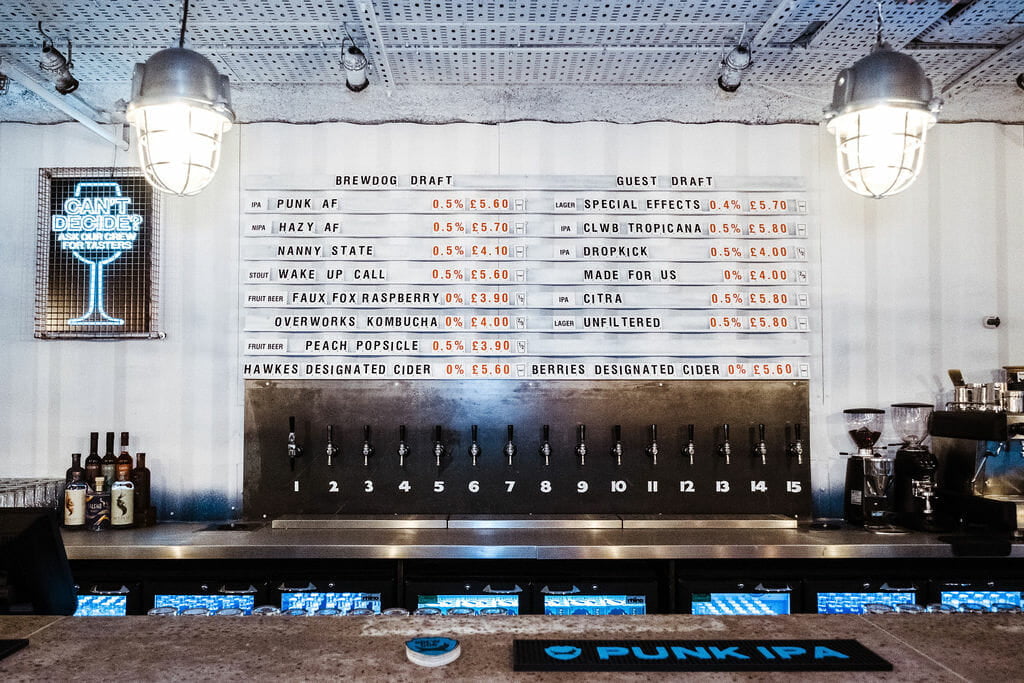 As for the beers? Well, they’ve split those 15 taps roughly down the middle to make space for both their own brews, and some rotating guest pours as well. The former include the likes of their stalwart Nanny State pale ale (hoppy, plummy flavours with a tropical aroma); their Wake Up Call coffee stout (smooth, velvety, chocolate notes); and their Faux Fox Raspberry sour-style. The guests kicking off this endeavour currently star a lineup including Hawkes Designated Cider, an unfiltered lager, and a punchy Dropkick IPA.

Helping soak everything up, they’ve also got a menu of burgers, wings, and slightly healthier brunches, annnd they’ve lined up a few events too, including Hip Hop Karaoke and Booze-Free Bingo.

NOTE: The Brewdog AF Beer Bar is open seven days a week. You can find out more, and see the current lineup of taps at their website right HERE.

Looking for somewhere to eat after? Try the fresh pasta at Officina 00