The Cadogan Arms is a pub with a rich history.

And not just because it’s in the heart of Chelsea…

It was first built way back in 1838, a time when the word ‘pub’ wasn’t even around (the word apparently didn’t enter the dictionary until 1859), and its longevity has since seen it decreed by all who visit as an ‘institution’. Fast forward, then, to 2019 when news broke that something of an all star team-up between the JKS Group (Gymkhana, Hoppers etc.), James Knappett (Kitchen Table), Alex Harper (The Ledbury and The Harwood Arms) and Dominic Jacobs (Running Horse) were taking it over for extensive renovations. By extensive, they meant two years… and it’s fair to say, considering the names involved, anticipation for what they might do to the place was rather high. 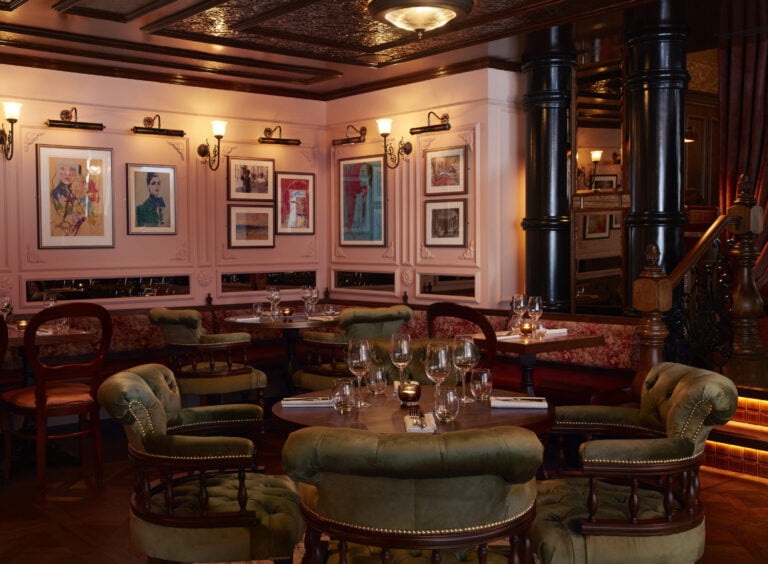 When the group sat down and put their heads together over what they wanted out of the relaunch, the main aim was to ‘restore it back to its former glory’, which seems to have been code for kitting it out with chandeliers, a stained-glass backlit bar, a mosaic floor and upholstered velvet seats. The Cadogan Arms kind of sits in the luxury pub genre now, a glamour pub, a special occasion pub – though don’t worry, there are still tellies in the downstairs area for the football, as well as a darts board (it would have been sacrilege to have binned those). There’s also a roaring fireplace circled by velvet armchairs in the main dining room, which if we had to wager, is probably going to be popular in winter… 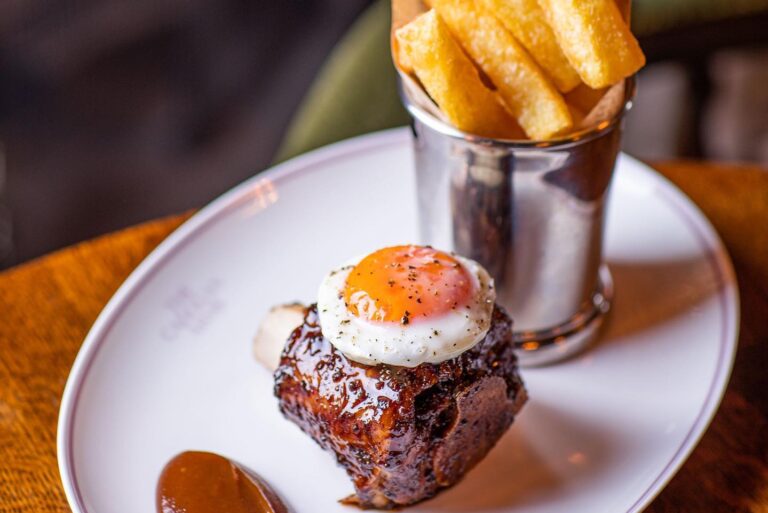 Seeing as though Knappett (Culinary Director) and Harper (Head Chef) – two individuals with quite the impressive food CVs – are part of the endeavour, expectations for The Cadogan Arms’ new menu were also rather high… and, as it turns out, entirely justified. You can tuck into all your comforting British pub classics here, only poshed-up and put together with exceptional ingredients; there’s the ham, egg and chips where the ham (hock) is braised and treacle glazed, a scotch egg flecked with black pudding and dipped in a spicy Oxford sauce, boneless lamb ribs served with an anchovy and sorrell yoghurt, and Sunday roast offerings that include Longhorn rump in a bone marrow sauce and shoulder of lamb with garlic stuffing. Be sure to save room for desserts too (duh), as they do a game-changing trifle that fronts a new fruit each season (for autumn, it’s blackberry with blackberry jelly, homemade blackberry liqueur, vanilla cream and a crispy almond crumble). 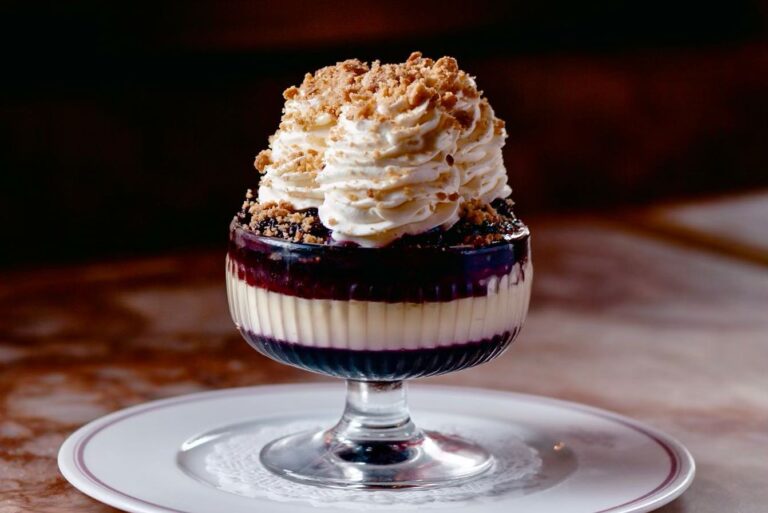 Deep down, behind all the fancy new food and furnishings, The Cadogan Arms is still a local community boozer at heart – so the beer selection is no afterthought, and from the taps you can get Guinness, plus an array of British brews (Thornbridge, Five Points, Brighton’s Unbarred and a Cornish pilsner from Harbour Brewing that’s been specially commissioned for the pub). Opt for a cask beer and you can chase it down with a mini cocktail served straight from the fridge (like a Gibson martini). Then there’s wine, spirits, cocktails…

Basically, there’s a wealth of options.

NOTE: The Cadogan Arms is open daily for drinks,  food is available from Wed-Sun only. You can find out more and book on their website, here.

Like dining locally? Time to visit the best restaurants in Chelsea

A Two Storey Temple To Cocktails... Exceptional drinks in an extremely convenient location….

➊ City Arts Live music & cocktails in the heart of The City….