Hard to beat in a war; easier to beat at rock, paper, scissors.

Nevertheless, in a flurry of post-WWII patriotism this pub – standing on a Kensington corner since 1750 – was renamed in honour of the PM, whose grandparents used to go on the lash there. Entering under the sign of the old bulldog himself, the walls inside are, as you’d expect, lined with Churchillian memorabilia. But contrary to what your mother used to tell you, it’s really what’s on the outside that counts. 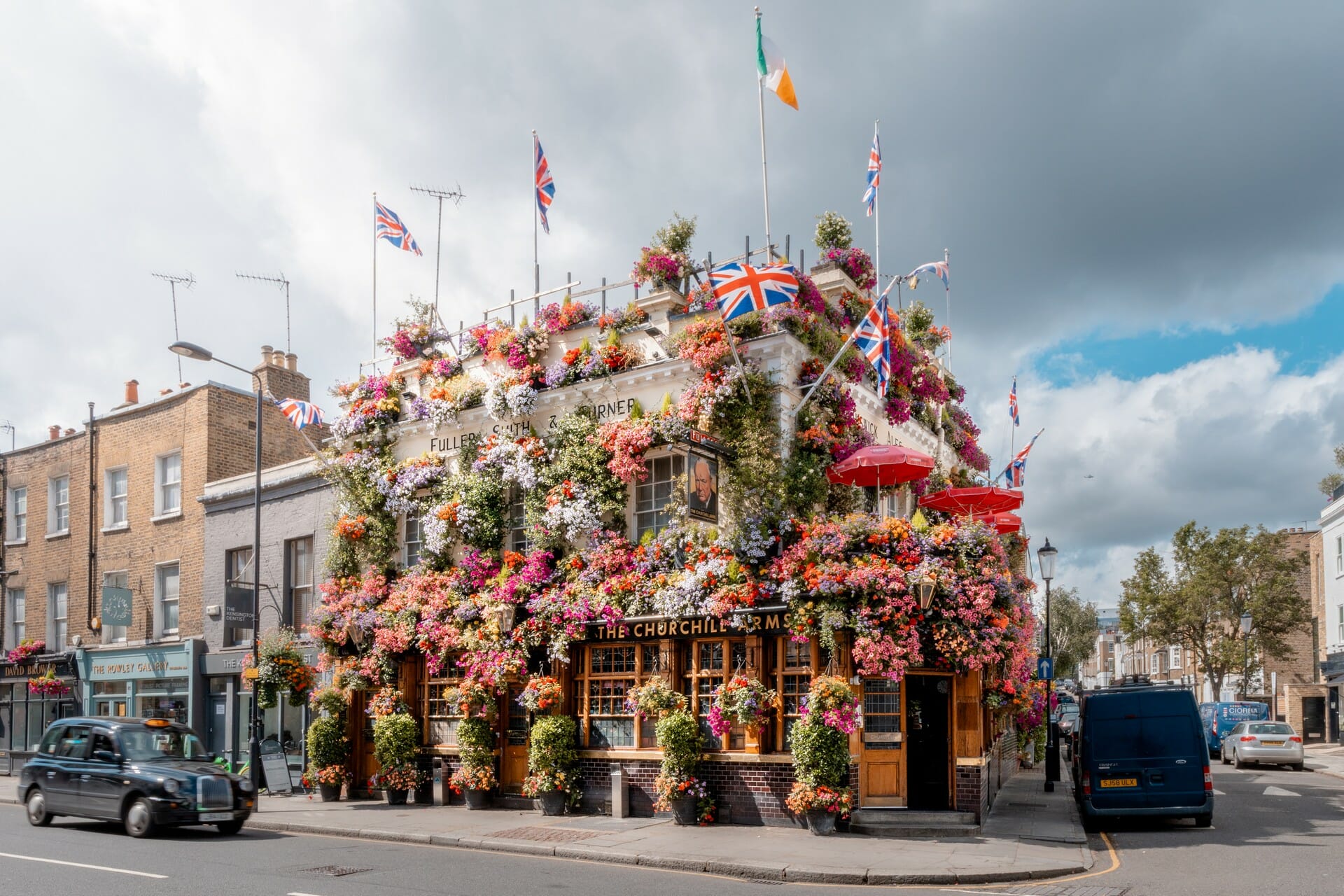 The Churchill Arms the only pub ever to have won an award at the Chelsea Flower Show. Over the past few decades, recently retired landlord Gerry worked to cover every spare inch of the pub’s exterior in flowers. In fact, it’s only upstaged by its Christmas display, when a mere 100 Christmas trees are tacked on, too.

Inside you’ll find one of the best drinking holes in the area. As it’s a Fuller’s pub, the beers on draught are supplied directly by the brewery in nearby Chiswick. The interiors look every inch the part of an old traditional Landan boozer, with dark wood-panelled walls, violently patterned carpets, and a ceiling heaving with suspended odds and ends, from rusting hurricane lamps and copper buckets to bedpans, bunting, and more plants for good measure. 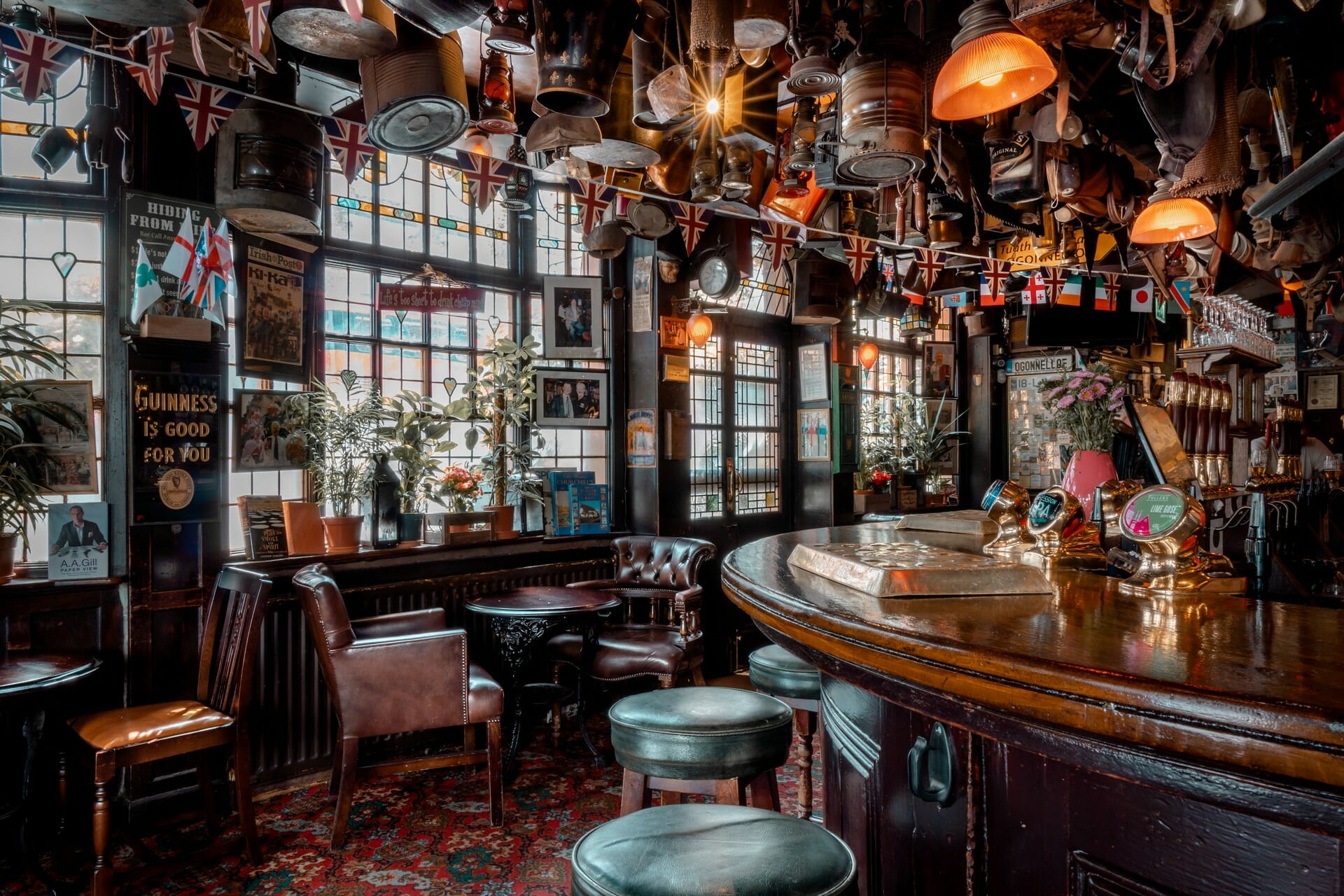 As you’d expect from such a quintessential English boozer, they serve Thai food. The kitchen’s been going here for 25 years, with a menu running the full crowd-pleasing gamut from pad thai and crispy spring rolls to roasted duck curry, stir fried beef with jasmine rice…

…and apple pie for pudding.

NOTE: The Churchill Arms is open every day, noon-10pm. You can find out more, and book a table, HERE.