In fact, no-one’s really sure exactly when it was even built.

But it’s just had what surely must be one of the most significant upgrades in its history: it’s been taken over by the JKS Group. And anyone who’s been to the other glittering gems in their restaurant portfolio – Gymkhana, BAO, Lyle’s, BiBi, etc. – will understand why that’s such a big deal.

They’ve given the space a nice polish, while keeping the original character intact (it’s Grade-II listed, so a lot of attention to detail was required), and they’ve enlisted the help of James Knappett, a man whose day job involves running the two Michelin Starred Kitchen Table, to help rev up the menu. No big deal.

On it, you’ll find classic pub food that’s been taken up a couple of notches – there are Scottish langoustine scampi & chips; a venison, bacon and prune hotpot; a black pudding Scotch egg; and a good ol’ knickerbocker glory for dessert. But if you’re feeling more peckish, Upstairs at The George offers a more traditional dining experience (including a cracking Sunday lunch), alongside one of the most beautiful private dining rooms in London. 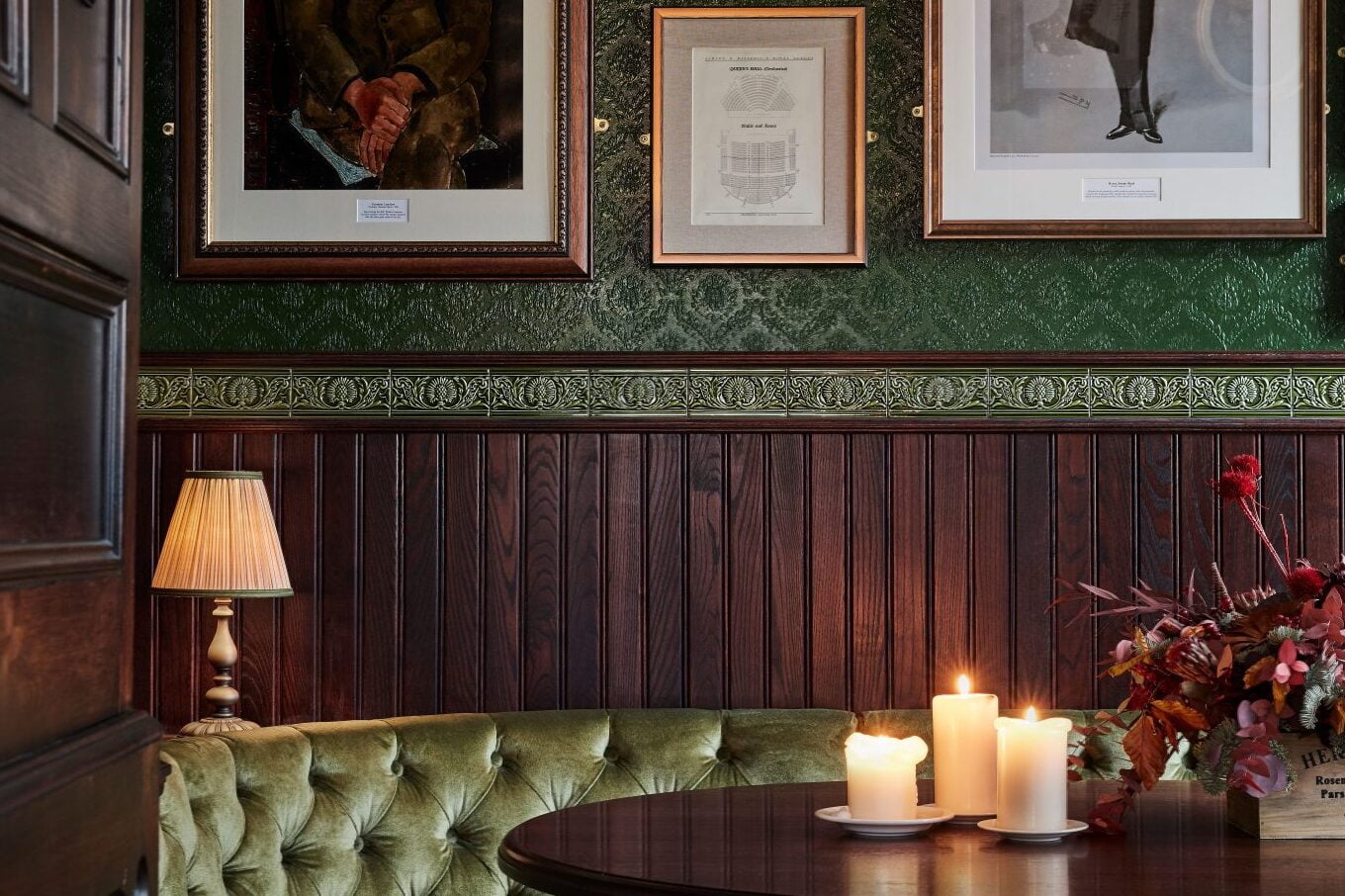 Back down in the pub itself, the drinks include a raft of keg & cask beers plucked from breweries like DEYA, Bristol’s Lost And Grounded, and Gipsy Hill. There’s even an exclusive Pilsner made in collaboration with Cornwall’s Harbour Brewing. But they’ve also added in some cocktails, including a hot Irish coffee, and a frothy, tankard-served Silver Fizz, which blends gin with lemon, sugar, soda, and vanilla. The most unique, however, come in the form of Tiny Chasers – miniature cocktails, served frozen and designed to be enjoyed alongside your beer.

Which will probably beat a packet of Walkers and some nuts.

NOTE: The George is open Tuesday – Sunday, from noon. You can find out more, and make a booking, right HERE.

Like fancy pubs? Check out The Blue Posts from the Palomar team…