On the outside, The Green Room is a mild-mannered peri peri chicken restaurant that goes by the name Casa Do Frango. But by night, assuming you can find the unmarked door subtly hidden behind the sweeping forest green counter, it becomes a buzzing speakeasy.

Now, Casa Do Frango is quite a beautiful spot in its own right, and the food is quite lovely too. Taking up residence over two floors of a huge Victorian warehouse in London Bridge, the Casa commandeers a vast, 5m tall, skylit space with distressed whitewashed brickwork, huge boughs of overhanging greenery and grand, original arched windows. It’s airy. It’s light. It’s exactly what you want from a casual restaurant. 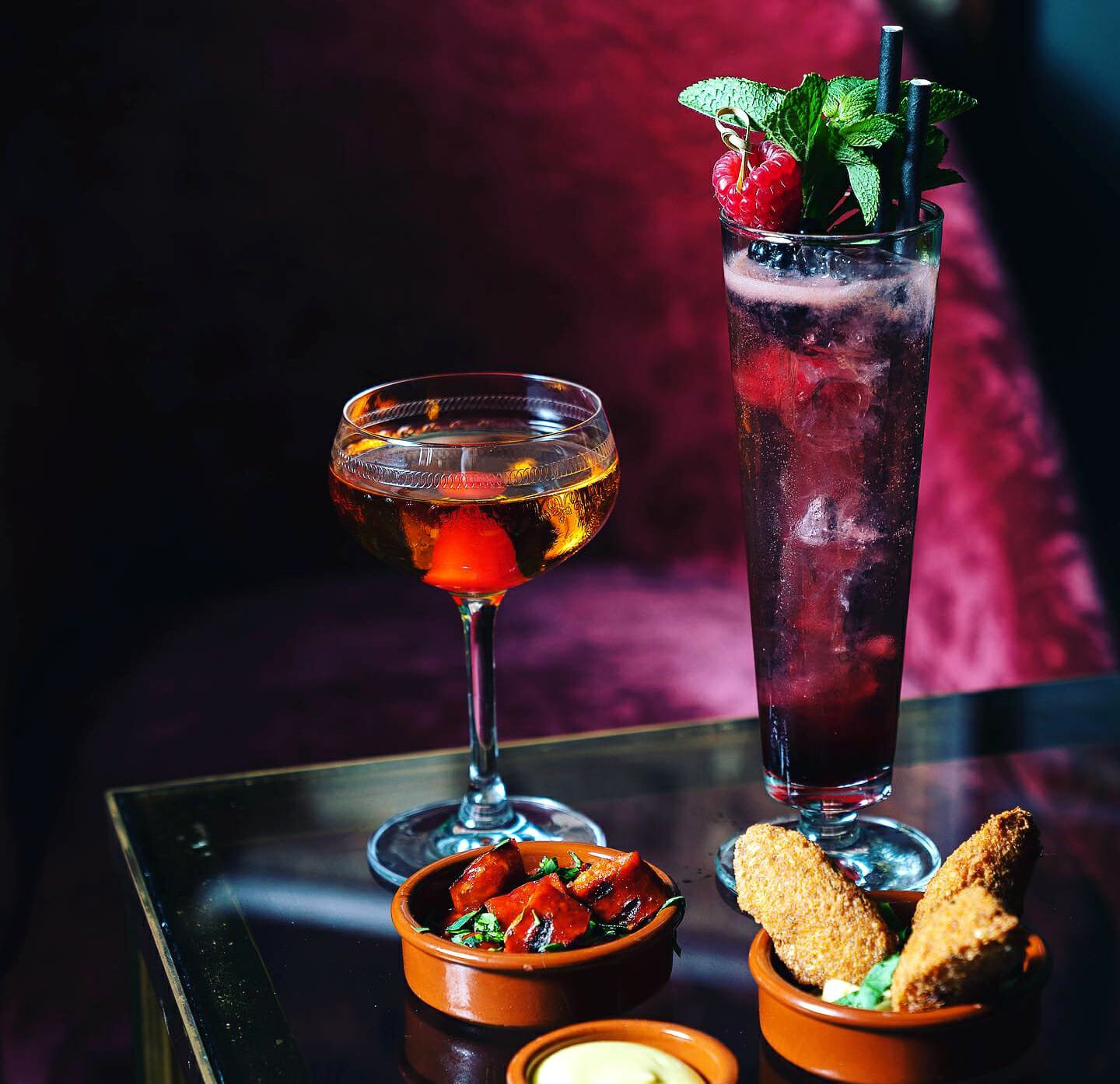 But their hidden bar is something of a complete contrast. It’s dark, it’s moody, and it’s impossibly romantic. The railway arch ceiling wraps itself around plush furnishings, elegant rugs, and scattered greenery. It’s basically like the coolest living room on earth. And the fact that it isn’t huge actually serves to bring out the intimate atmosphere.

Here they serve cocktails like negronis (theirs comes mixed with a Portuguese liqueur made from ginja berries), watermelon margaritas and pisco sours, as well as twists on the classics like the chocolate-laden Port Old Fashioned. And of course, there’s some Portuguese beer and Portuguese wine too. In fact, there’s even a Portuguese sparking wine, too. Annnnnd they serve something called Vinho Verde (‘green wine’) which is made from young grapes harvested in a DOC wine-making region in the north.

And of course, if you fancy getting something to eat, you can’t really go wrong with the restaurant right outside. They’ll furnish you with some chicken charred over a wood-fired grill, butterflied, and smothered with one of their three signature sauces (oregano, lemon and garlic, or piri piri) by Algarvian ‘pitmaster’, Lucidio da Fonseca Monteiro.

This Casa is su casa.

NOTE: The Green Room is open now. There are no bookings (unless you’re going to the restaurant). You can find out more at the website right HERE.

The Green Room | Behind a thick, velvet curtain in Casa Do Frango, 32 Southwark Street, SE1 1TU

Keen to hear about more great bars in Central London? We have a whole list of them here.