Everyone wishes they had a story about the time they heard laughter and music from behind a random unmarked door, knocked on it, and ended up at a house party with an experimental oompah band from Bavaria, who they now regularly keep in touch with via carrier pigeon.

However, chances are that anyone who lets you into their house unannounced is either a murderer, or swingers.

For the adventurous at heart (but risk-averse everywhere else), the best approach to scoring a hilarious new anecdote without risking your life – or a serious misunderstanding – is to carefully research unmarked doors beforehand, which you can later ‘spontaneously’ knock on, safe in the knowledge that what’s awaiting you inside is, in fact, a raucous night out with cocktails, party games and a fancy dress box.

Doors like The Little Yellow Door in Notting Hill. 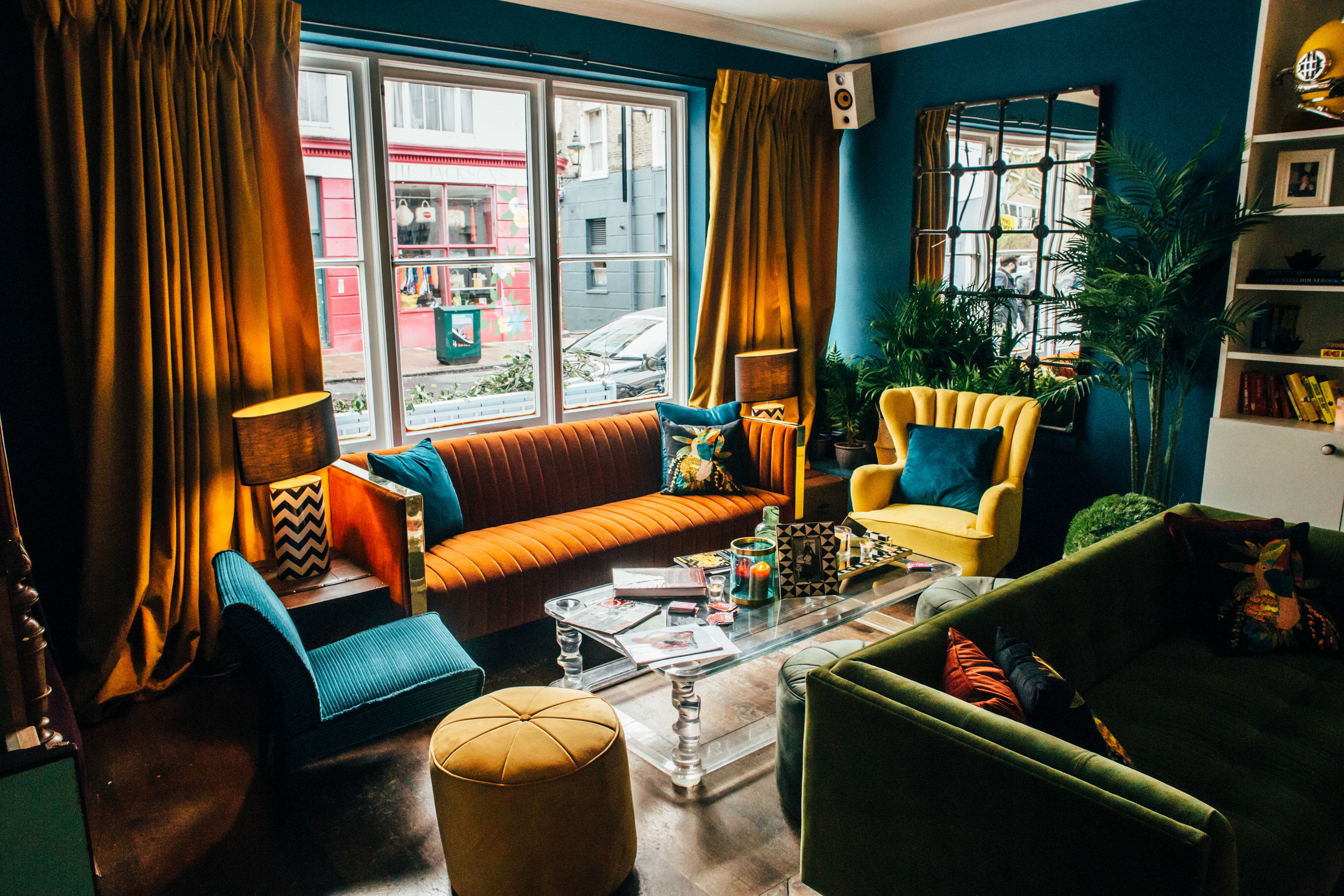 A stone’s throw from Portobello Road, The Little Yellow Door started life as a pop up. Quickly realising, however, that painting a new door yellow every time would cost them a small fortune in Dulux, they’ve now moved into a permanent abode where the founders – a rambunctious unit known as ‘The Flatmates’ – throw house parties most nights of the week.

The front room is a low-lit cocktail lounge filled with velvet armchairs, footstools, and elegant palms. But as with most of your friends’ flats that are nicer than yours, you’ll be too scared to spill anything on the sofas – so you’ll probably spend most of your time in the kitchen, hoovering up dishes from their visiting chef and drinking Mick Jagger Bombs out of egg cups before heading downstairs to the Den, a vinyl-bedecked party room with DJs and dancing ’till late.

Head there on a Saturday afternoon, and you can nurse the previous night’s hangover with board games, Mario Kart on the N64, and a bottomless brunch involving French toast Jenga stacks with chocolate dip.

It’s what we call a win-win.

NOTE: The Little Yellow Door is open Wednesday – Friday evenings, and all day Saturday from noon. You can find out more, and book a table, HERE.

Like knocking on unmarked doors? Peruse our address book of the best hidden bars in London.