We frequently get bombarded with the question: “Where’s a good place to eat around Guildhall… that also does cocktails, with ale in them, that’s set in a former bank, filled with stuffed birds and palms?”

And, finally, now we have an answer.

Step through the doors of this City bar/restaurant, and you’ll find yourself transported to another time, with decadent wood-panelled walls and sweeping palm leaves that nod to the building’s previous incarnation as the Bank of New Zealand. Here’s how it breaks down,

Forgetting the venue’s Kiwi heritage, they’ve gone for a menu of old school comfort food, including a steak & stout pie, or a good ‘ol pork schnitzel. They’ve also got a BBQ for fattened rump steaks or chargrilled chicken burgers; a chicken-loaded rotisserie grill; and some hanging kebabs with a trinity of chicken, lamb, and beef.

While you dine, live musicians serenade you at the start of the week… before DJs help to get things lively on Thursday and Fridays. 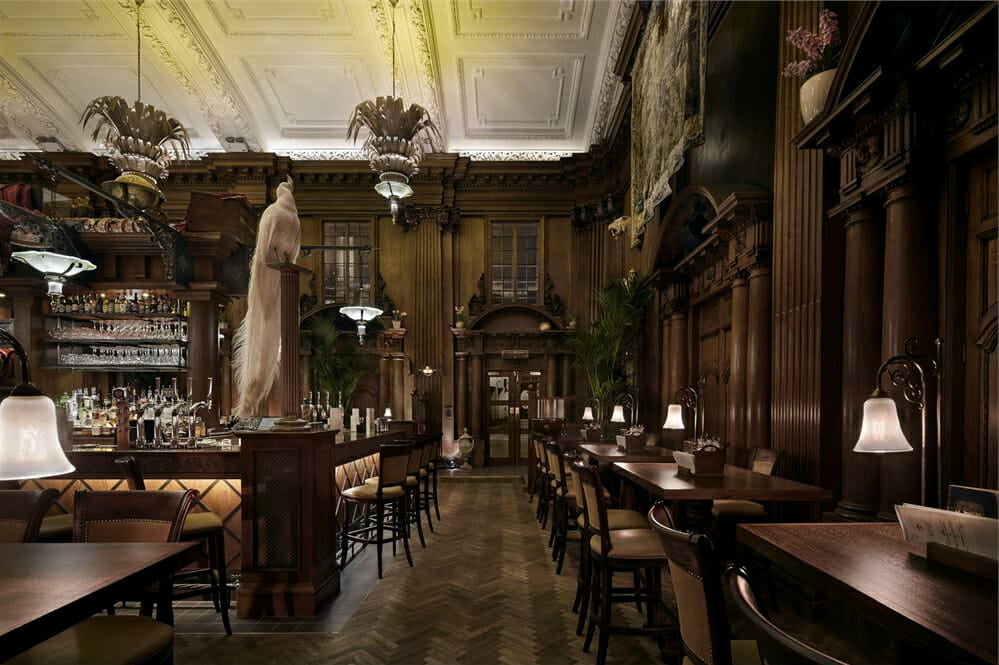 Here, instead of studying fluctuations in coffee prices, you’ll peruse an impressively comprehensive almanac of beers from around the world, and a cocktail list with ingredients collected from far-off lands and developed under their own roof, all for your delectation.

Alongside creations such as the karma tea-infused Karma’s a Bitch and the gin-charged Cherry Fennel Sling, you’ll find their selective list of small batch gins from across the country, each served with a carefully considered mix of spices and herbs to bring out their unique tastes. Aaaand, if you’re feeling a 19th century kind of adventurous, you can try out their gin & ale cocktails.

Cocktales, if you will.

Like drinking and dining in the city? Check out our City of London Guide

The World's No.1 Bar Just Got A Sibling You’ll find it hidden behind a velvet curtain in the Champagne Room of one of the world’s best hotels….