Described as a sociable ‘tavern’ for the neighbouring Langham hotel, The Wigmore is just your typical English boozer – if typical boozers were entirely green, had chefs from two Michelin-starred establishments overseeing the food and the actual world’s best bar behind the drinks, that is.

…Welcome to your new local. 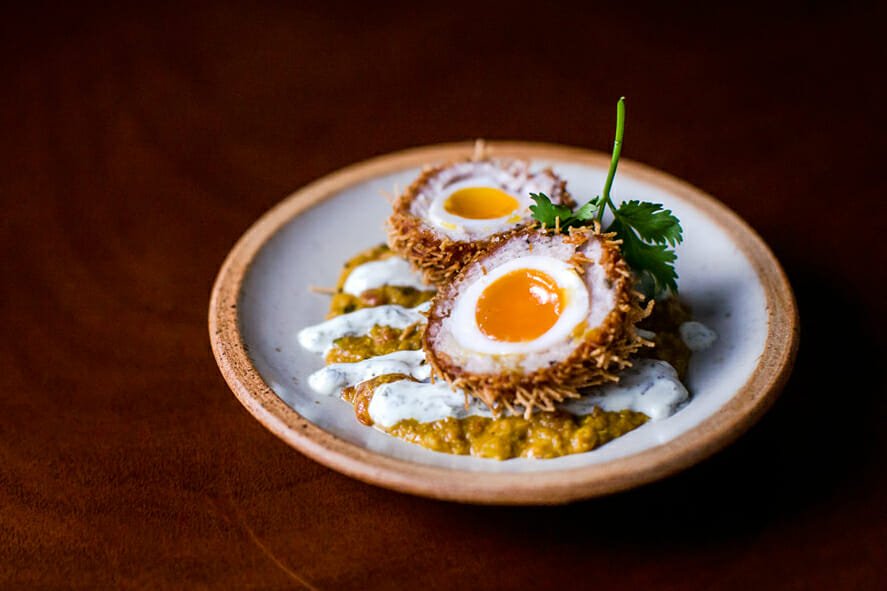 The food takes on a classic British feel, headed up by the renowned Michel Roux Jr., who’s already cooked up a storm at the Landau restaurant inside the hotel. For his move next door, he’s plating up hefty meat dishes like braised veal and ham pie, devilled lambs kidneys and short rib with a bone marrow crumb.

Scan the drinks menu, meanwhile, and you’ll find a set of wines on tap, locally-brewed ales, punch bowls and ‘hoptails’ (that’s er, beer cocktails). And considering they’re all overseen by the team from the Artesian Bar – which has been named best bar in the world for four years in a row – they’re probably going to be pretty good…

NOTE: The Wigmore is open Monday-Saturday from noon till midnight (1am Thurs-Sat). It’s walk-in only; you can find out more on the website HERE.

Like food from Michelin Star-level chefs? Try out Tamarind Kitchen in Soho

Cadet An intimate, stripped back wine bar on the edge of Newington Green.

Oxford Circus Is About To Be Home To Europe's Largest Axe Throwing Bar It’s a bit like darts, only way, way deadlier. Bookings are open now.