After all, as the founders of Vermuteria are keen to point out, when you’re furiously pedalling up and down the Italian countryside, you’ll need to refresh both body & spirit somehow and – at least during the heyday of cycling (the ’40s-’70s) – vermouth was the way to do it.

The space they’ve put together is tucked away behind a railway arch in Coal Drops Yard, and it’s an impossibly cool, cosy, brick-walled affair with a terrace for the warmer months and vintage posters of aperitif spirits and cycling competitions plastered across the walls. Sitting behind the bar is what you came here for: a veritable library of French, Spanish and Italian vermouths. 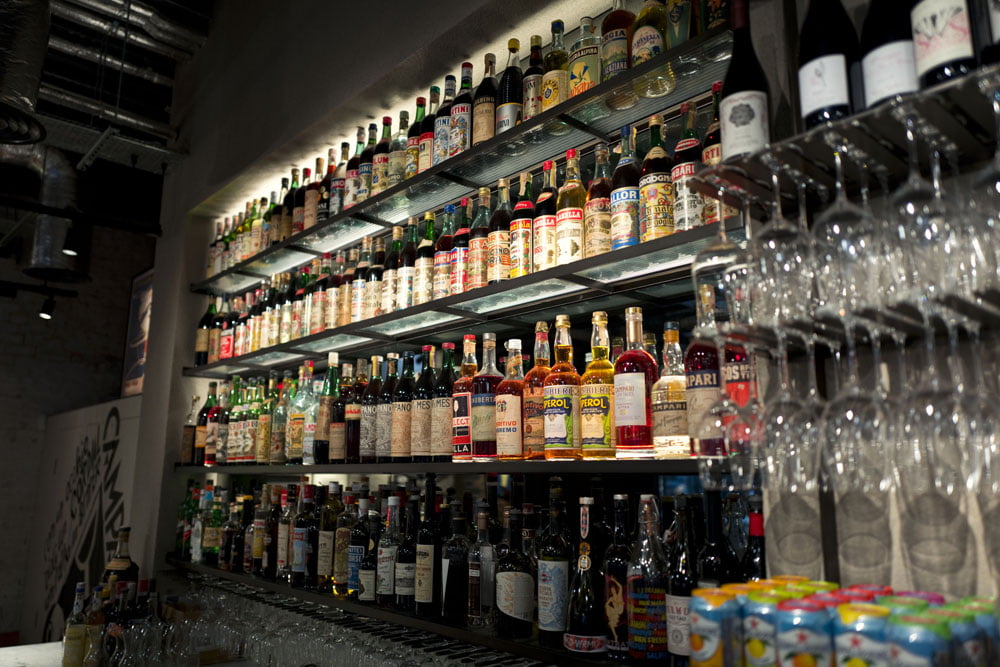 There are two on tap and several dozen in bottles, and they’ll mix any one of them into a delightfully herbaceous continental cocktail. The house martini features their own suitably dry house vermouth as well as some orange & mandarin bitters; and their selection of negronis are all made with East London Liquor Company gin, which is distilled about five miles from the venue you’re in.

It should also be noted at this point that one of the co-founders is none other than chef Anthony Demetre, who rose rapidly to culinary fame after opening Soho’s reasonably priced Arbutus, and offering the city’s best-value Michelin Starred meal. So the food here isn’t just an afterthought, to put it mildly. You can expect buttery soft Italian pastries by day, and gorgeously flavourful dishes by night. Expect slow braised beef & ‘nduja ragu with hand-cut macaroni; cod cheek & chickpeas stew with lemon preserve and rock samphire; and burrata with caramelized shallots, among many other things.

Now, on your bike.

NOTE: Vermuteria is open Monday through to Sunday, and doesn’t take reservations. You can find out more, and see the full menu at their website right HERE.

Keen to hear about other great boozers in Kings Cross? We’ve created a list of all our favourites here.