At Tincture, absolutely nothing gets wasted.

Except for a few of the more enthusiastic patrons.

And who can blame them? After all the drinks come from one Carl Brown, who’s spent the last few years as the head barkeep at the Waldorf Hotel before designing the drinks program at Dishoom and helping them match their cocktails to their excellent food. Here, he’s got his own venue, and free rein to create the kind of menu he wants. And that menu involves absolutely zero waste.

You’ll find the space hidden underneath Neil Rankin’s all-vegan Simplicity Burger on Brick Lane (worth a visit in itself), which matches Carl’s own ethical approach to service. Head to the back, down the stairs, and you’ll enter a moodily low-lit space with a pressed-tin ceiling and plenty of leather booth seating. A few scattered shelves filled with books relax everything, and give it a living room-y vibe. 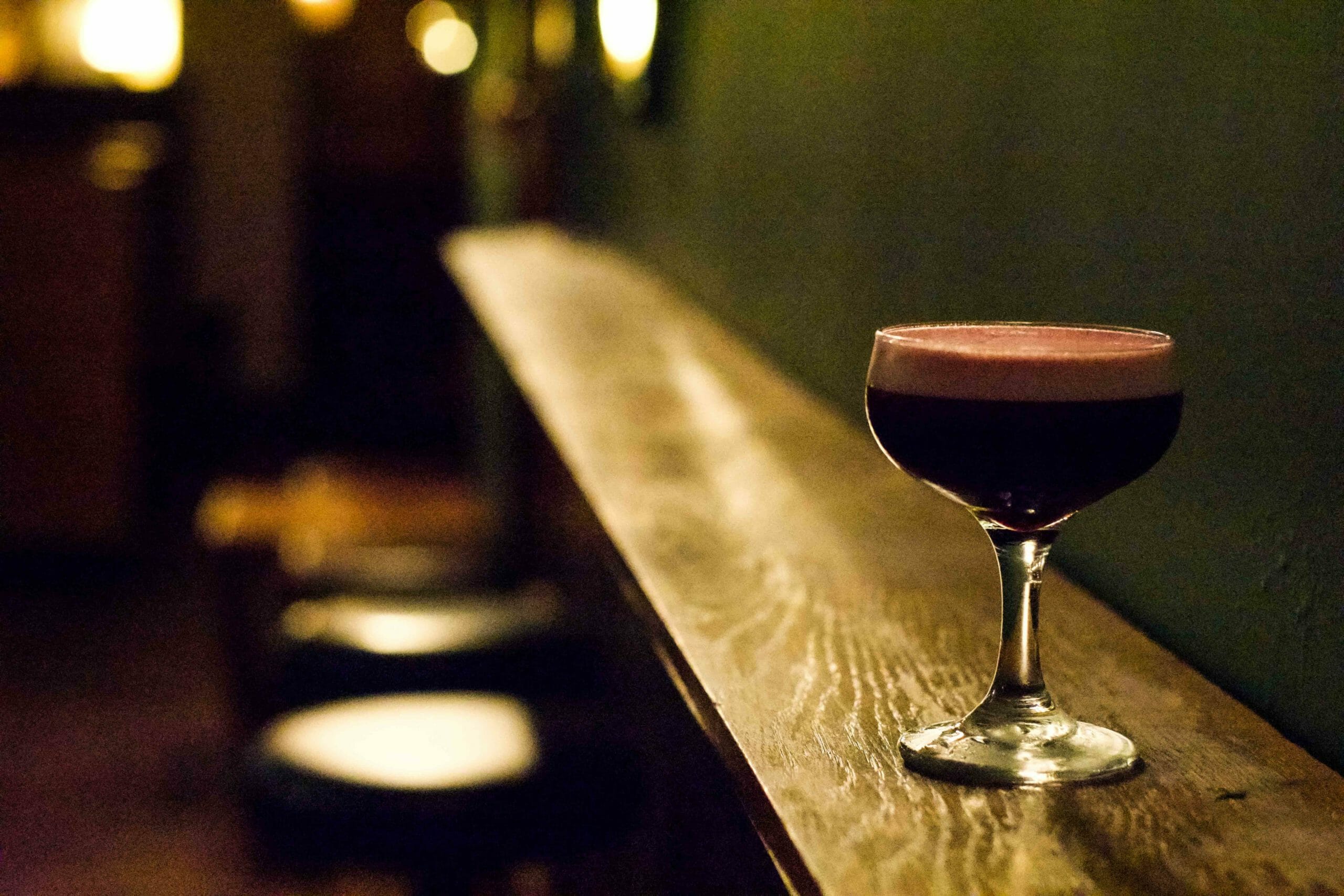 As for the drinks? There are two menus – alcoholic & non-alcoholic – each with seven cocktails a-piece. The booze-laced numbers almost all involve a seasonal tincture of some kind (that is, flavour-infused alcohol), and none has more than three ingredients. The ‘Pear’ hits you with pear vodka tincture, pear kombucha, and pear sherbet; ‘Coffee’ is amped up with chestnut milk & whisky; and’Black’ involves blackberry-laced gin, blackberry paint, and bitter lemon.

The non-alco alternatives are broadly the same, but with the booze switched out for a punchy alternative – often a zero-alcohol spirit developed by Carl called Crosship, which mimics the warming sensation of alcohol with potent ingredients.

The tinctures will all rotate seasonally (at the equinox fact) to make sure that they match up with the harvest times, and there’ll be four at any one time made with complementary flavours, the idea being that any one will suit any cocktail.

It would be a waste not to check it out.

NOTE: Tincture is open from 5pm Tuesday-Saturday. You can see the full menu, and find out more at their website right HERE.

The AF stands for alcohol-free...