You know what’s funny about the Top Secret Comedy Club?

It’s not top secret. Or even lower-middle secret. It’s actually quite famous.

Oh, also the comedy. That’s also quite funny. In fact, it’s what made the place so completely not top secret, because ever since their inception in a semi-derelict community centre many years ago, they’ve grown into one of the most popular comedy spots on the circuit.

Now operating out of what looks like a typical, everyday office block building on Drury Lane, the underground bunker-style black box space puts on gigs every night of the week, and has become a favoured spot for some of the biggest comedians to trial their new material before upcoming TV performances. 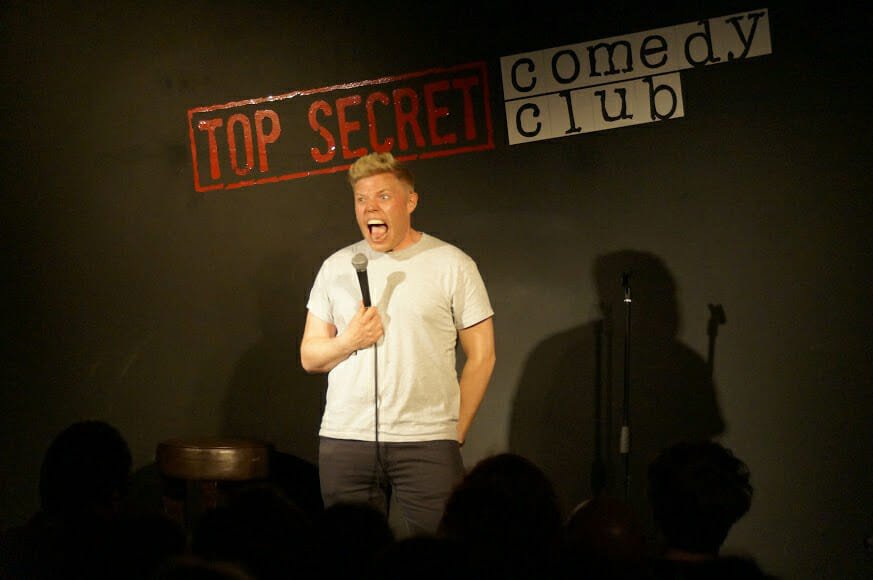 The nightly offerings are split up into new material nights on Monday and Wednesday, where six comedians come to try out their latest stuff; Tuesdays and Sundays host three comedians who each do a twenty-minute set; and Thursday to Saturday they have feature length shows from some of the UK’s top comedians.

The bar boasts bowling alley prices with pints from £3, wine from £3.30 and spirit + mixers also from £3. They don’t serve food, but such is the laid-back atmosphere in the place that they let you bring any take away you want, to enjoy while you’re watching the show.

And the best bit? From Sunday to Wednesday, the shows are pay what you can.

NOTE: The shows are subject to last minute line-up changes. They also often sell out, so turning up early or booking ahead is advised. For more information, click here.