Up The Creek Comedy Club

On 9 October 1986, police were searching Malcom Hardee’s home for crumbs.

Hardee – the comedian, author, compère, agent, manager, and “amateur sensationalist” who would go on to found Up The Creek Comedy Club – was the suspect in a pretty major crime: someone had stolen Freddie Mercury’s £4,000 birthday cake.

As it turns out, the police did not find any evidence, and Hardee very much was guilty. He was originally booked to perform at Mercury’s party naked, and had literally taken the cake. And he had already donated all the evidence to a nursing home, and his own stomach. 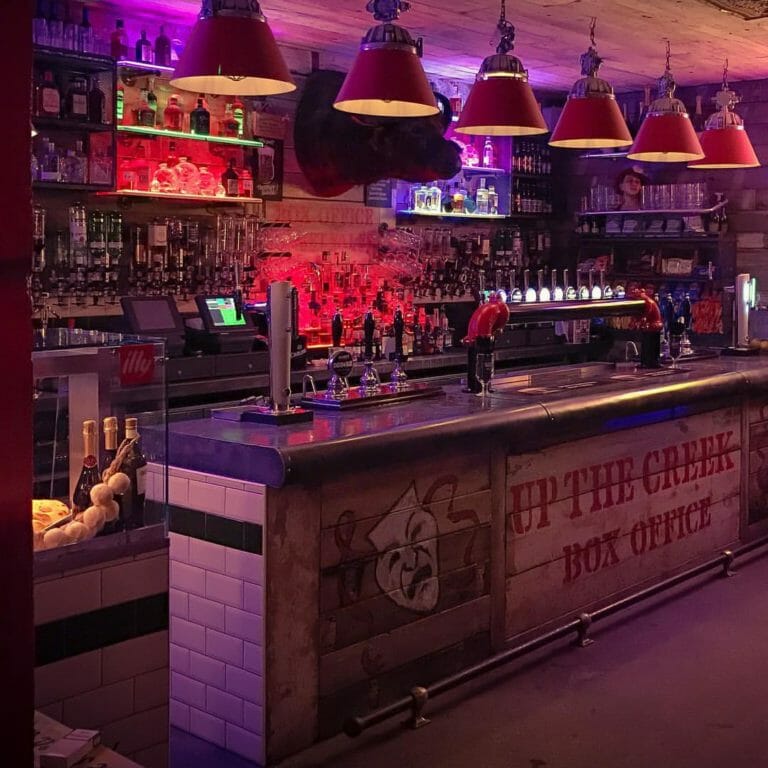 But this wasn’t some promotional stunt – the man just lived comedy. And in 1991, he founded his second (and only surviving) comedy club; Up The Creek. The creek, to be specific, is Deptford Creek jutting out from the banks of the Thames in Greenwich. Right at the collar where it meets the river, you’ll find the venue.

It’s a two floor-space, and on the upper deck in the bar you’ll find a Last Supper-style mural with Hardee as ‘Jesus’ surrounded by disciples like Jo Brand & Julian Clary (Ben Elton is Judas Iscariot.) Downstairs is the stage, upon which those disciples have all performed. When it first opened, the place was a crucible, wherein heckling was positively encouraged, but it’s mellowed since then. Over the years, it’s helped launch careers of names like Reeves & Mortimer, Harry Hill, Jimmy Carr and Jo Brand, and more. 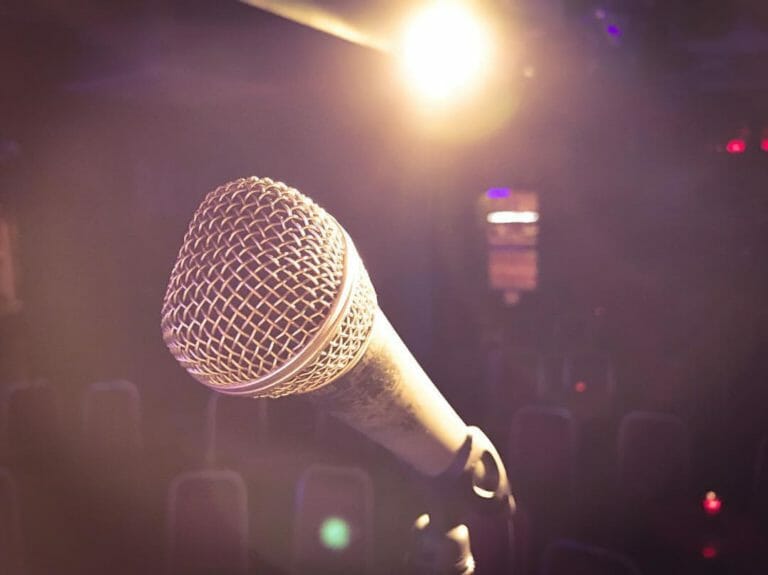 The regular events include the Sunday Special, where the biggest names come to stand up – regulars have included Flight Of The Conchords, Daniel Kitson, Sean Lock, Simon Amstell, Rich Hall, Alan Carr, Michael Mcintyre, Dara O’Briain, Stephen Merchant, and Russell Howard. Then there’s the Blackout, in which the audience can literally shut down the stage lights if the comic isn’t funny enough.

Helping ease all this along, they’ve also bussed in help from Rox Burger (who do burgers) and the Greenwich Brewery, who are not Meantime, and in fact are a small craft outfit who create special beers for the club with their own on-site microbrewery.

However, it should be noted that nothing they produce tastes funny at all.

NOTE: Up The Creek Comedy Club is open daily. You can book tickets and find out more at their website right HERE.

Like laughing, but aren’t presently in Greenwich? Here are a few other great comedy clubs in London we can recommend…

Up The Creek Comedy Club

Ended
Things To Do | Regent's Park

Ended
Things To Do | Regent's Park