…we’d be very confused as to why people kept giving us pennies.

But, according to our sources, you suffer from no such sleuthing shortcomings, making you the ideal candidate to take on Dead Man’s Hand.

It comes to us from the murder mystery-plotting, non-criminal masterminds at A Door In A Wall – after it debuted to some pretty spectacular critical acclaim last summer, it doesn’t take a detective to figure out why they’re bringing it back. The game basically combines the best elements of immersive theatre, escape rooms, treasure hunts, storytelling and comedy into one package. Here’s how it goes down:

You’ll arrive at the The Castle (near Farringdon) with your hand-picked team of detectives in tow, and head to their private function room upstairs. It’s the kind of room that a man named Jack Spade used to love to play poker in, until he lost… big time. Now you and your squad need to solve his murder. 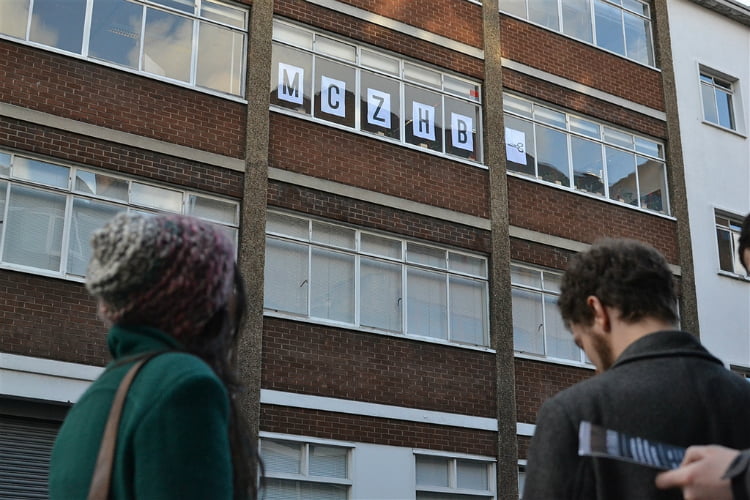 After being debriefed about the situation, you’ll then swiftly realise two things. 1) it’s time for a stiff drink, and 2) everyone at Jack’s last game had something to hide. Unravelling the mystery will require you to hit the streets of London, follow clues, chase down leads (literally sometimes), interrogate characters, and more, before reconvening at the scene of the crime with a final verdict.

Just one more thing: teams should be between 3-6 people.

Um, and 3 other things: you should wear comfortable shoes; you’ll need at least one smartphone & pen amongst your group; and your team name should “ideally be a pun of some kind”. Some suggestions: The Deck-tectives, Make A Full House A Sherlock Holmes; the Scotland Yard-Sharks; The Wrong Arm of the Law; and Four of a Kind…

…so long as there are four of you.

NOTE: Dead Man’s Hand runs on Saturdays until 26th October. Tickets cost from £29.95 and can be booked HERE.

One Track Minds A life-affirming evening of music & storytelling in a crumbling, fairy-lit music hall.