Once you’ve seen Yinka Ilori’s work, his style becomes instantly recognisable thereafter – partly because of its unique blend of angular geometry and lively colour, but also because the moment you lay eyes upon it, it seems to trigger that part of your subconscious mind responsible for recognising the visual embodiment of happiness itself.

And that’s no accident. His work very deliberately radiates joy, and it’s given his career a meteoric trajectory. After only opening his studio in 2017, he’s already created enough culturally impactful works to garner his own show at the Design Museum, coming this summer. 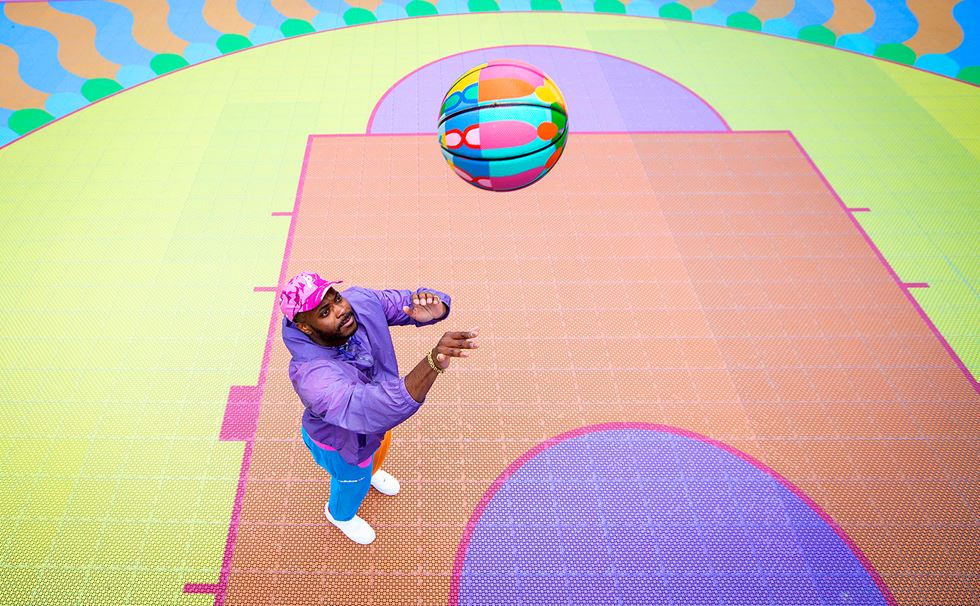 Drawing heavily on his British-Nigerian roots, he’s put together work spanning everything from architecture, to graphic design, sculpture, interiors and furniture. He created a dazzling basketball court in Canary Wharf. He made a laundrette out of Lego. He built an installation around a dodgems circuit in Somerset House. He’s done a lot, and you’re more likely than not to have come across some of his stuff already. What can we expect from the upcoming show? Well, they’re going to explore his artistic process, with an exploration of the West African fabrics that surrounded him as a child, and the British Postmodernism that he was then exposed to as an adolescent, to see how they come together to create his distinctive aesthetic. And if it’s anything like previous Design Museum shows, you can expect some pretty excellent reviews when it opens.

Hopefully, there’ll be no need for colourful language.

NOTE: Yinka Ilori at the Design Museum is set to open in Summer 2022. It’s going to be completely free, and you can find out more at the website right HERE.

Yinka Ilori at the Design Museum

The Museum of Architecture’s Gingerbread City The architectural feast returns….

Amy: Beyond The Stage The Design Museum’s celebration of the life and legacy of Amy Winehouse.