For everyone else, they’re a popular form of modern entertainment that brings highs, lows, and the occasional yawn-and-put-arm-over-shoulder manoeuvre. It’s been said that cinema is “life with the boring bits cut” which makes the BFI Southbank a pretty interesting place to be.

With four screens all dedicated not to the latest release, but to the art form itself, the BFI, in many ways, is the home of British cinema. Its eclectic programming means viewers can catch something by Kubrick one day, then stop by for a sampling of South Korean arthouse cinema the next. In addition to this they strive to show a big screen classic once a week, and occasionally find time in their schedule to put on whatever the yoof are watching. Alongside their repertoire of reels they also host numerous talks, interviews, and events – and for the truly devoted they’ve recently reopened their médiathèque (a library of multimedia, like a fancy youtube) so you can watch it all, even the boring bits. 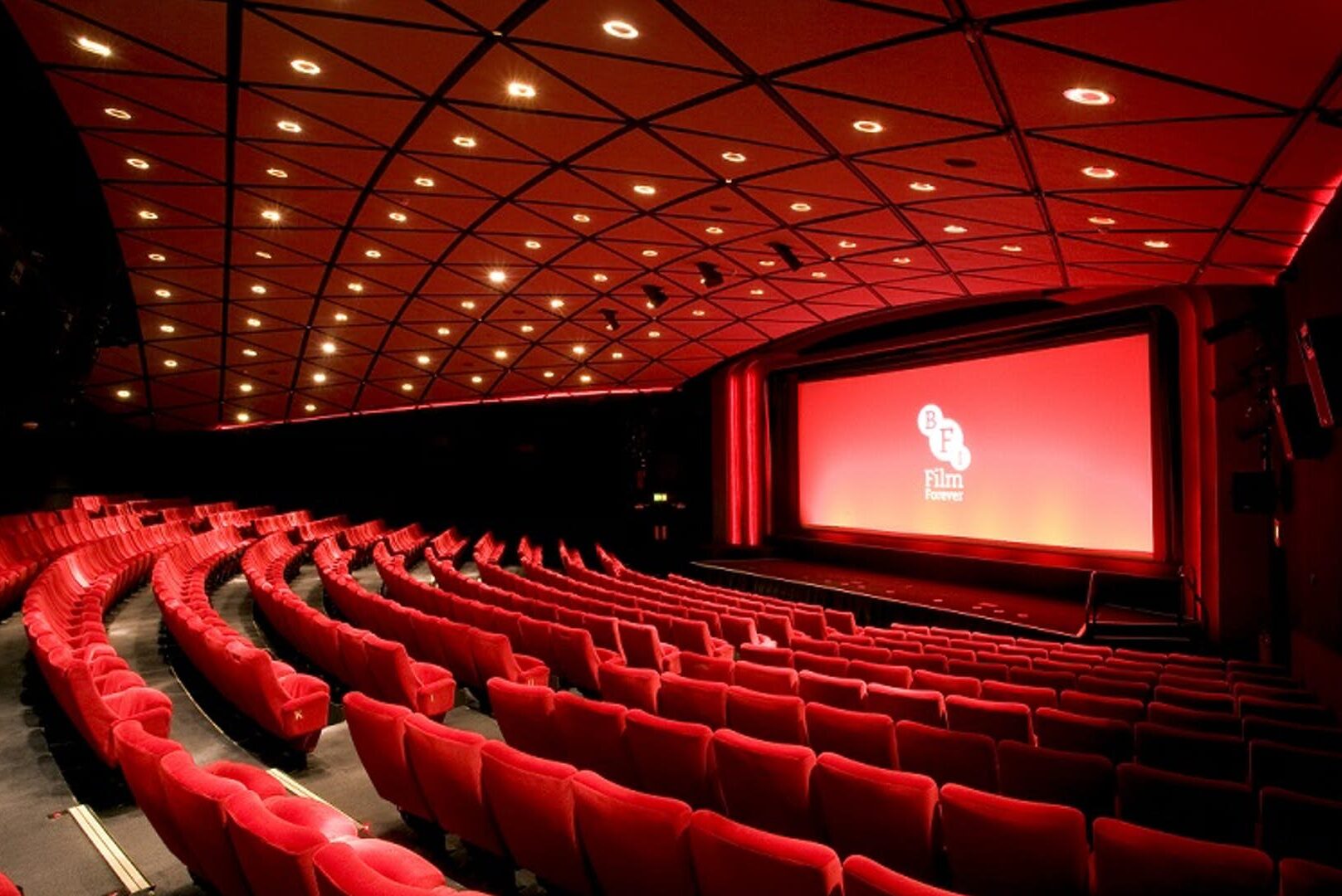 Tucked round the side, Benugo’s flagship eatery provides film lovers with a place to feast. Being Benugo, its menu reads a bit like a bingo card of modern cuisine. Expect prawn linguine, rib-eye steak, baked hake, and the customary spinach gnocchi for vegetarians. It’s light and airy, with floor to very high ceiling glass windows, affording diners an expansive view of the National Theatre’s concrete metropolis next door. Their spin on the pre-theatre menu lets you take in (but not to the screen) two courses and a talkie for £25, and there is brunch, it does have a bottom, and it’s only showing on the weekends.

The cocktails at the BFI have a suitably filmic focus, including a dystopian concoction of whiskey, drambuie, blackberries, and ginger ale appropriately dubbed The Bladerunner. As you venture in, the plot thickens, the decor darkens, sofas and bookcases take on a lead role, and hidden behind one of them is their secret Drawing Room Bar available for private hire. Meanwhile round the front, it’s a riverfront affair with long communal benches, an outdoor terrace, and the embracing canopy of Waterloo Bridge.

Pull back to shot of reader finishing article.

Details: BFI Southbank is open Mon-Sun, 10am-11pm. You can see what films are showing, plus upcoming events, talks and more, right HERE.

Like arthouse films and unusual screens? Check out our guide to the best independent cinemas in London

The Best Films To See At The Cinema Right Now March is the best time to go to see a movie, and that’s a statistical fact. So here are the best flicks hitting projectors around the city right now….