Everyman Presents: Screen on the Canal

Squeezing Everyman into King’s Cross is no easy task.

So it’s unsurprising that the independent cinema is spilling outside this summer for an outdoor film festival. What is surprising, however, is that it’s completely free. Just beyond the fountains of Granary Square, they’ll be showing flicks on a screen across the canal, with beanbags and blankets scattered across the astroturfed stadium seating on the riverbank. 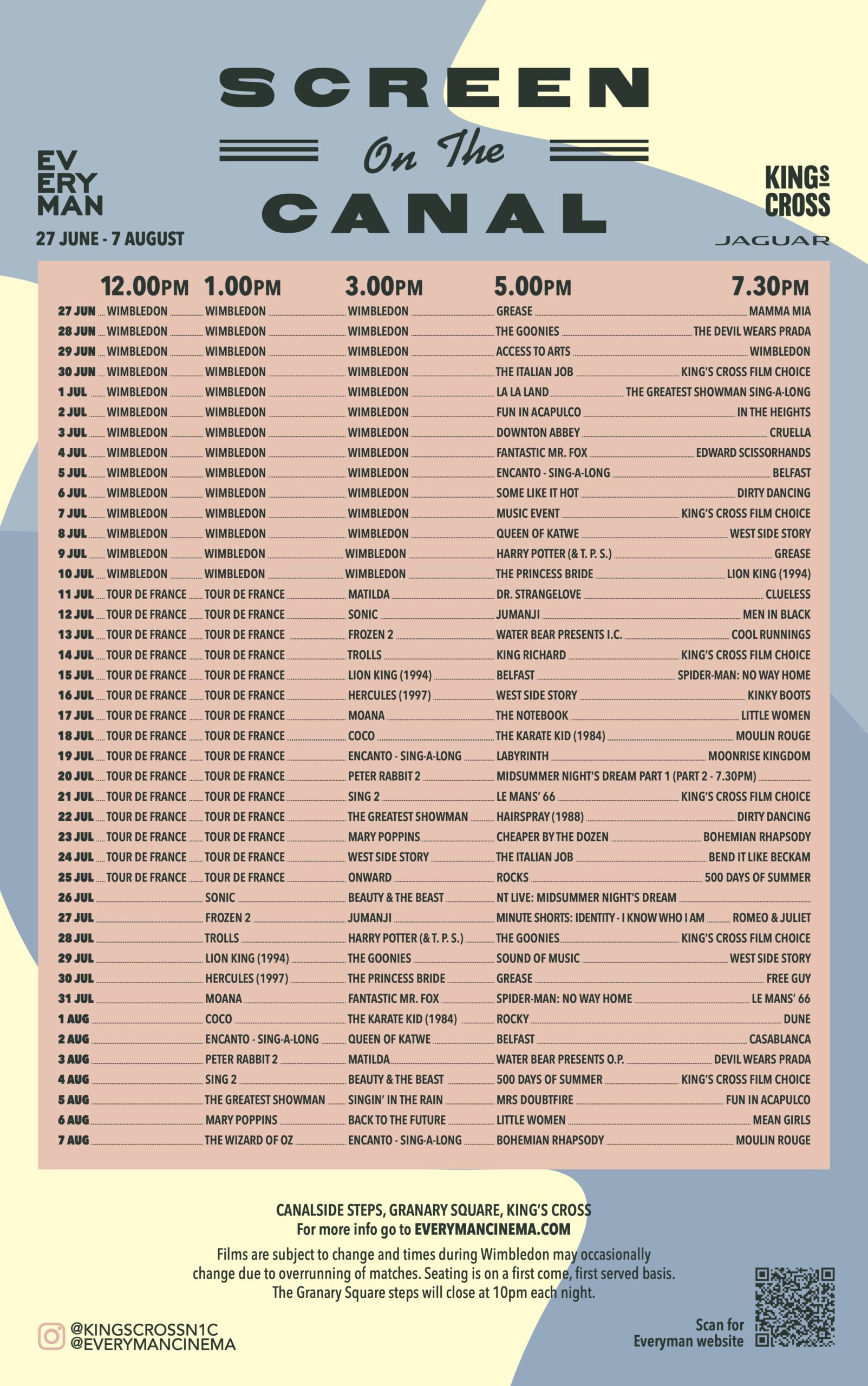 Something for everyone, then.

NOTE: Everyman Presents: Screen on the Canal runs from now until 7th August 2022. Everything’s free but seating’s unreserved, so get along early if you can – you can find out more HERE.

Like outdoor film screenings? Check out all the best pop up cinemas this summer

Everyman Presents: Screen on the Canal