A Free Outdoor Film Festival by the King's Cross Canals

Squeezing Everyman into King’s Cross is no easy task.

So it’s unsurprising that the independent cinema is spilling outside this summer for an outdoor film festival. What is surprising, however, is that it’s completely free. Just beyond the fountains of Granary Square, they’ll be showing flicks on a screen across the canal, with beanbags and blankets scattered across the astroturfed hill on the riverbank. 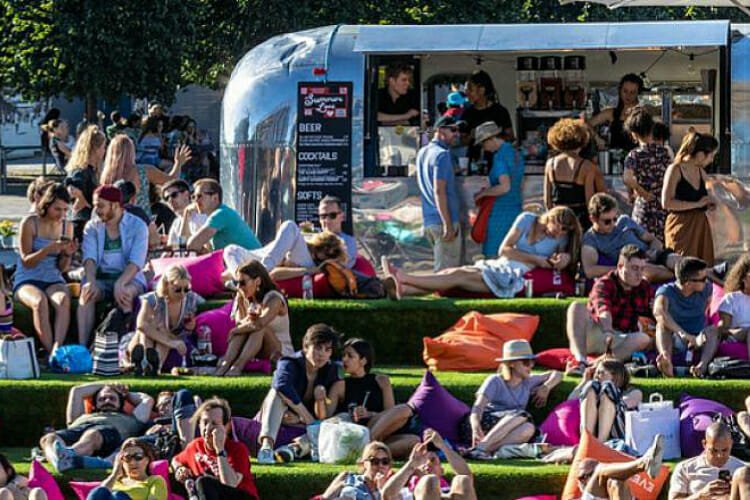 They’ll be screening a varied programme of cult classics (The Goonies, Ghostbusters, Clueless); more recent releases (Isle of Dogs, Black Panther); as well as live screenings of Wimbledon and performances from the Royal Opera House. Plus, there’ll be a bar in a converted airstream caravan serving wine, beers, cocktails and more.

There’ll even be a chance to watch all the matches at Wimbledon, for free.

Something for everyone, then.

NOTE: Everyman Presents: Summer Love is showing films from now until 14th July. You can find out what’s on, and reserve a space HERE. If a screening shows as booked out, just turn up on the day as they’ll be taking walk-ins on a first come, first served basis.

Like outdoor film screenings? Check out all the best pop up cinemas this summer

The Best Films To See At The Cinema Right Now January is the best time to go to see a movie, and that’s a statistical fact. So here are the best flicks hitting projectors around the city right now….

Backyard Cinema Want to watch a Christmas film? You’ll have to cross this indoor lake first.

Ended
Things To Do | Paddington