If, one day, literary historians were to rifle through the personal affairs of Agatha Christie and come across a hitherto unpublished novella concerning Poirot on an intergalactic detective case…

…this would be the setting.

A former town hall built in 1910 and extended in the ’30s, Bethnal Green’s Town Hall Hotel is a jaw-dropping amalgamation of baroque Edwardian architectural flourishes, slick art deco interiors and space-age updates. Flinging open its doors as a hotel in 2010, it’s carried the whole area with it; now finding itself at the centre of a thriving community of independent bars and eateries; a host of unusual museums and plenty of new London cultural hubs… 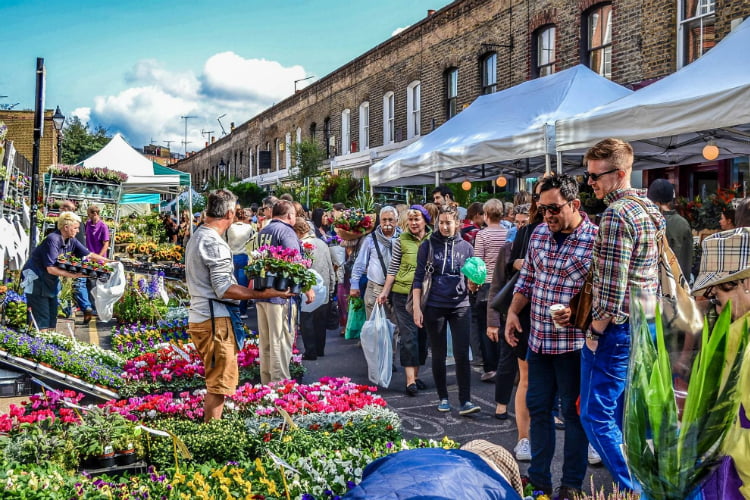 With its majestic Portland stone facade and mischievous metal-clad top floor extension, the Town Hall Hotel is a microcosm of the surrounding area. Listed buildings like the York Hall (still home to regular boxing matches) and the John Soane-designed St. John church rub shoulders with wine bars in railway arches, killer cocktail bars and excellent restaurants. And while the Central line’s primed to take you into central London in a matter of minutes, there’s plenty of local attractions too – have a browse through the V&A Museum of Childhood; pick up lunch from Broadway Market to enjoy in London Fields; spend a Sunday at the Columbia Road Flower Market; or steel yourself with a sazerac at The Last Tuesday Society before heading downstairs to Viktor Wynd’s Wunderkabinett, a subterranean curiosity museum boasting two headed stuffed animals, voodoo dolls and jars of celebrity poo. 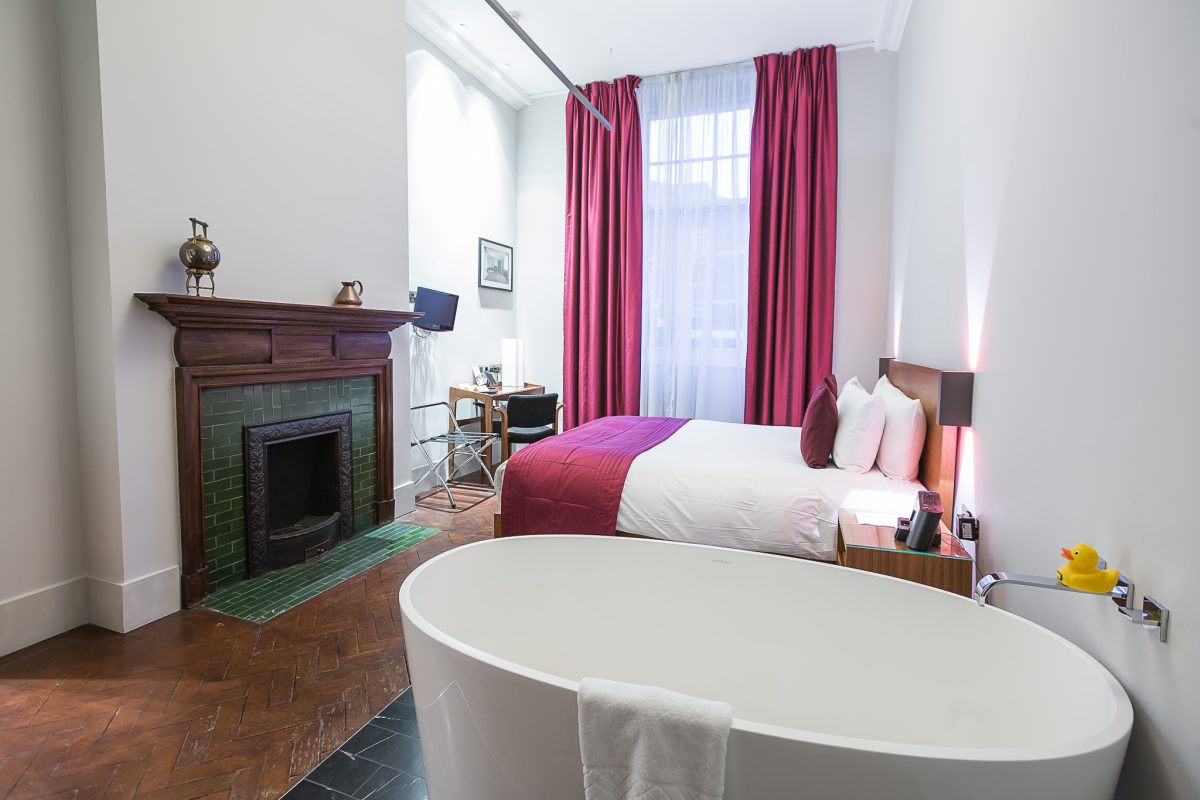 This hotel has literally won awards for the success of its restoration; and stepping into your room for the evening, you’ll perceptively notice that not only are there expertly recovered original features (stained glass windows, retro fireplaces, Edwardian cornices) echoed by elegant mid-century furnishings; there’s also a giant, entirely glass walled bathroom in there. Each room has been designed individually; but most come with their own, fully fitted kitchen, as well as wifi, smart TVs and all that jazz. The standout, however, is the flagship de Montfort suite, which also comes boasting triple height ceilings, a Steinway grand piano, and a grand dining table, for which chef can personally rustle up a full tasting menu for 20 guests. 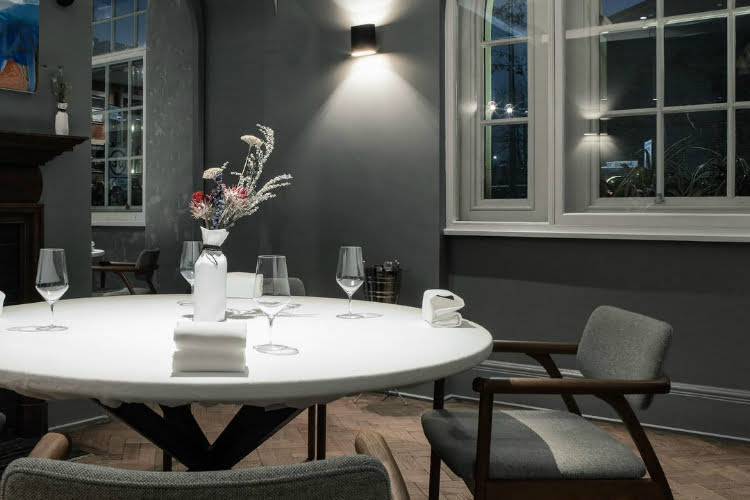 When you’re not feasting at your own personal banquet, you’re still spoilt with the in-house offerings. Tucked away with a breezy, minimalist aesthetic is the Corner Room, where a former Elliot’s chef knocks up Spanish brasserie-style dishes. But for something a little more experimental, head to the double Michelin-starred ground floor restaurant, Da Terra. 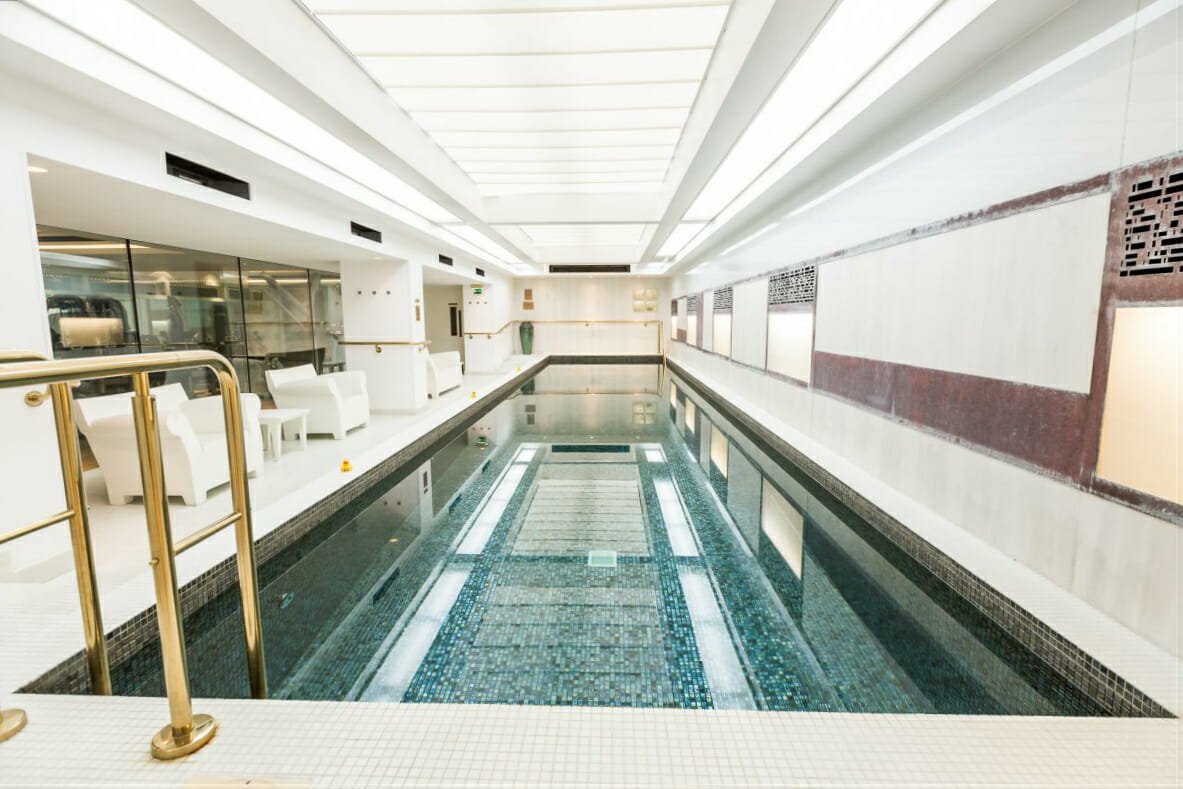 Thanks to its lofty size, the Town Hall also manages to cram in a heated, sky-lit swimming pool and an accompanying fitness room; while in-house events range from séances and 18th century installations to immersive theatre shows taking place in the hotel’s rooms and labyrinthine corridors. If you’re after a more relaxed stay, they’ve still got you covered with 24-hour room service, a free shuttle bus service to the City in the mornings, and even a pair of resident goldfish that can be installed in your room if you’re feeling lonely.

There’s no way Poirot would have even got round to solving any crimes.

NOTE: Rooms at the Town Hall Hotel start at £130 per night, meals not included. To find out more and make a reservation, take a look at their website HERE.

Looking for more hotel inspiration? Check out our guide to the best boutique hotels in London