Feast At The Quadrangle | Pop Up Dining | London

Feast At The Quadrangle 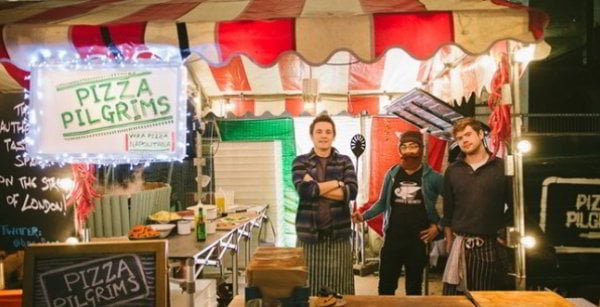 Feast At The Quadrangle, London Bridge

For the very last time, Feast returns this weekend.

It’s not that Feast is going anywhere. It’s just that this is the last time we’ll be telling you about it because – to be honest – if you haven’t either been to it yet or signed up to receive their updates directly, that’s probably ‘cause you don’t want to.

However we wanted to feature it one final time, partly because it’s good and partly for old times’ sake, but mainly for these four reasons:

1) This weekend is Feast’s 1st Birthday, so it’s returning to its original location: The Quadrangle at Guy’s Hospital, by London Bridge. Which means that as soon as you’re all foodied-out there, you can head straight over to Borough Market to play “trip up the slow-walking tourist in front of you on purpose, pretend it was an accident and apologise in the plummiest English accent you can”. It’s fun, and can be repeated multiple times.

2) They’ve kindly given us prizes to give away, and free stuff – as a wise man once said – is good.

3) This being Feast’s anniversary, you’ll be able to eat all the birthday cake you like… without your chubby work colleagues stealing any.

And finally, that person you secretly fancy is going.

We have a pair of tickets to Feast – which include one dish from every trader there – to give away, plus a pair of standard tickets to give away to 5 runners up.  We’ll announce the winners tomorrow (13th Sept) at 12pm.

Main prize is entry for two to Feast during any session running between Friday 13th and Sunday 15th September 2013, including one dish from every trader there. To clarify, this is one dish from each of the traders for the winner and their guest to share – it’s not two dishes from every trader there. You’re going to be full either way, though. Runner up prizes are 5 pairs of tickets to Feast, also for any session running between Friday 13th and Sunday 15th September 2013. Prizes may not be exchanged for anything else, but may be assigned to friends of the winners’ choosing. You must be aged 18 or over to enter. Winner and guests must all be 18 or over. Entries close at 12pm on Friday 13th September 2013: the winner and runners up will be selected by a random prize draw and announced on our Facebook Page that day.

Like pop up dining? Check out our guide to the best pop up restaurants in London this month.

Feast At The Quadrangle