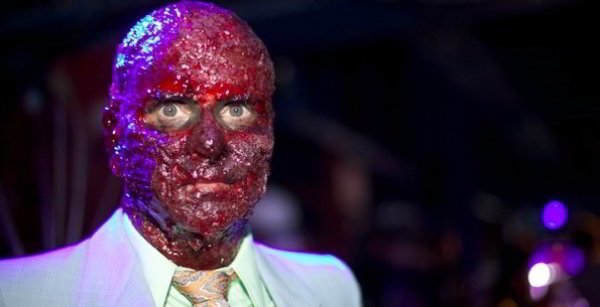 It’s been almost exactly one year since last Halloween.

This year you could save lots of money on sweets and electricity by staying at home but pretending to be out. However a more noble option would be to head into the heart of London dressed as the grim reaper, and spend your evening pointing at old people.

If, though, you’re more interested in “organised fun” then you might consider heading along to The Rocky Horror Picture Show Halloween Party on a private rooftop in Soho; attending one of Backyard Cinema’s interactive horror movie nights (located inside a makeshift army base filled with zombies); playing macabre musical bingo; or going to A Grimm Halloween Party, which will see the dead being raised inside an enchanted, folktale-themed ballroom filled with overgrown creepers, macabre live performances, cocktails, bands and DJ’s.

In addtion the highly secretive House of Mask Halloween Special is happening inside a hidden location marked only by a neon skull and The Mansion’s Halloween party is promising to feature two dance floors, a psychic reading station, a jazz saxophonist, face painters, a selection of caged vampires and, um, someone playing the bongos.

Because every good Halloween party has someone playing the bongos.

Wherever you choose to go, the dress codes at these events can be slightly daunting…however going as “twins that are never in the same room at the same time” probably won’t cut it. So instead why not consider following the sartorial advice of The Dark Circus Party, by dressing up as a sideshow freak, a snake charmer or a clown?

Or just write “South” on an old t-shirt, and go as One Direction.

Enjoy alternative and unusual events? Check out our guide to the very best of what’s on in London.