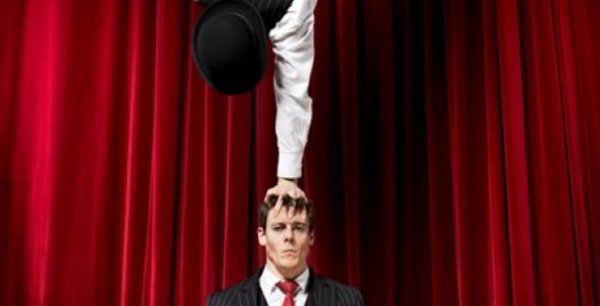 You may have already heard about La Soirée, which began its two month Christmas run at the Roundhouse in Camden last week.

But unless you’ve already been, or booked your tickets to go, then you haven’t yet heard enough.

The show’s a killer.

Finding out that Santa doesn’t exist happens, for most children, at around the same age that trips to the circus become boring.  It’s one of those defining stages in life: a quick transition from being  wide-eyed and excited by everything, to sleeping in on Christmas morning and not finding clowns even a little bit funny.

After that point has been reached, opportunities to be genuinely entertained, enthralled and surprised arise rarely.

But La Soirée is one of them.

Picking up drinks from one of two main bars on your way, you’ll head in to the Big Top set up within the Roundhouse.

There the Ringmaster will introduce you to an array of entertainers and human oddities that include: a lycra-clad, bearded, plus-size chanteuse called Le Gateau Chocolat; an exotic hula-hooper named Yulia Pykhtina;  a pair of English Gents – sculpted from granite – whose antics defy both logic and gravity; and a large man that juggles a small woman.

Throw in some aerial acrobatics, a song delivered by sign language and a little crowd-surfing by Freddy Mercury’s biggest fan and you have La Soirée: a modern day circus, for adults.

Not to be missed.

We have 3 pairs of tickets to give away.

The 3 winners will be selected at random on FRIDAY 9th DECEMBER, and announced on our FACEBOOK PAGE. You can enter once per day until then. Terms and conditions apply. Prize is valid on rear stall tickets for performances until 6th January excluding Saturdays and w/c 5th and 12th December. Other blackout performances may apply and all tickets are subject to availability. Prize cannot be exchanged or transferred, no cash alternative will be offered.

Note: This competition has now closed.