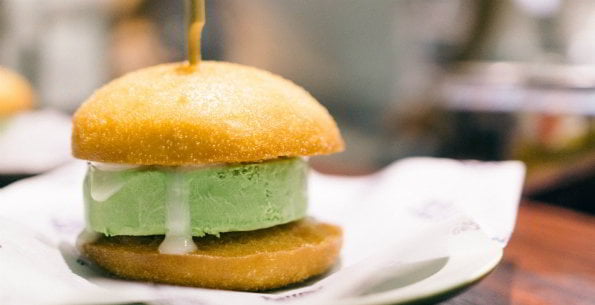 Hong Kong’s wildly famous Little Bao are popping up for one week at Soho Kitchen and Bar, from 7th – 13th September. They’ll be serving their signature steamed buns as well as lamb tartare, short-rib pan fried dumplings and truffle fries.

Importantly, they’ll also be serving ice cream bao, meaning that you can:

2) Pair it with Soho Kitchen and Diner’s hand-picked spirits, beers and sake list specifically created to marry with the whole menu.

They won’t be taking reservations, so just head on down between 7th to 13th September.

Like being in the loop about foodie pop ups? Check out our guide to the best pop up restaurants in London this month