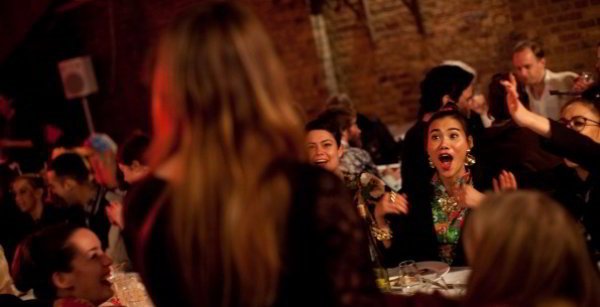 Apparently his decision also broke down social boundaries that had separated his classmates for years.  For one night only the jocks, goths, skaters, nerds, stoners and cheerleaders were brought together and unified as one.

They all thought Ron was a massive loser.

Proms are big in the US, and this Saturday you’ll get to find out why – by attending one of your own.

After donning a complimentary corsage or buttonhole your evening will start with rock oysters and a prom punch cocktail, before continuing with chargrilled lobster and rib-eye steak served by waitresses “dressed as cheerleaders made up like Pan Am stewardesses”.

You’ll enjoy a build-your-own banana split for dessert and then the after-party will begin, at which point you’ll win the dance-off (to music from Milk Tres and The Broken Hearts) and be crowned either Prom King or Prom Queen.

Or, assuming you do The Worm, both.

NOTE: The password for buying dinner tickets in advance, or after-party tickets on the door, is “schoolspirit”.  For each ticket bought a donation will be made to Centrepoint, a charity for the young and homeless in London.

Enjoy alternative, quirky nightlife? Check out our guide to the very best of what’s on in London.