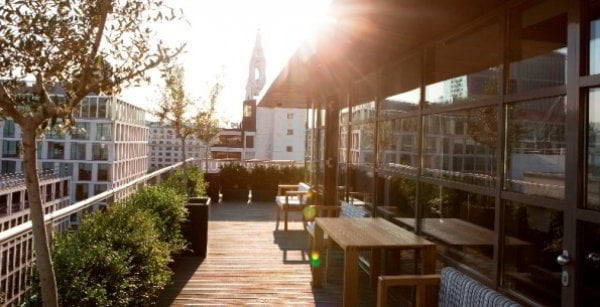 The last time you attended a glamorous, cocktail-soaked, 1960s cabaret and discotheque in an East London penthouse was, well, never.

Which is exactly why the brains behind the 1920s-themed Candlelight Club have decided to skip forward four decades and invite you to a psychedelic, rooftop house party hosted by The Avengers’ catsuited, karate-chopping Mrs. Emma Peel.

Now, if there were only one reason for you to attend this event, then you might not want to go. But fortunately there are four:

1) It’s being hosted in the beautiful Moorgate penthouse belonging to Eight Private Members Club. Which means that after travelling skywards in their glass elevator you’ll be able to pick up a cocktail and immediately do The Mashed Potato on a wraparound rooftop terrace overlooking The City.

2) The dance floor’s being powered by The Jetset International, a vintage film and TV theme song cover band with an uncanny ability to get everyone dancing like their parents. Moves to master in advance would include “The Hitch Hike” and “The Swim”…if you hadn’t mastered them already.

Which is great news, because if anyone looks good doing The Twist on a London rooftop in a midriff-baring, polo-necked ribbed sweater, bell-bottoms and a beret… well, it’s you.

NOTE: Mrs. Peel’s inaugural party is happening at Eight Members’ Club in Moorgate on Saturday 11th October 2014 (8pm-2am). It’s also then happening again at Eight in Bank (no rooftop there, however) on 22nd November and 20th December. You can learn more (and buy tickets) by visiting Mrs.Peel’s website HERE. If that crashes (which websites have been doing recently) then you can also buy tickets HERE.