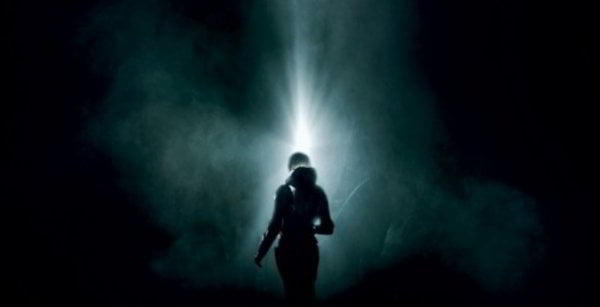 You may have heard that Secret Cinema’s back.

But given that SC’s motto is “tell no-one”, it seems fair to assume that whoever passed this news on to you was, at worst, a scoundrel and, at best, a bit slow.

Either that, or they were confused as to what’s actually secret and what isn’t. Because it used to be the existence of Secret Cinema that was the secret, then it was the location, and now – despite the £35 ticket price – it appears to be the film itself.

Secret Cinema’s next spectacle – the promotion for which has been focused around their fictional “Brave New Ventures” corporation – launches on 1st June, in a secret London location, and will run for a month.

If you decide to become an employee of Brave New Ventures (via Secret Cinema’s website), then shortly thereafter you’ll receive further instruction regarding where you should be, when, and wearing what. You’ll also be notified of various employee events happening this weekend, from night-time data retrieval to psychological training.

If we had you at “Secret Cinema’s back”, then enjoy the show.

If you’d prefer to know whether the film’s for you before deciding to go – and note that it’s only being released in June, so you won’t have seen it before – just ask yourself whether you enjoyed “Alien”.

There’s your answer, pretty much.

“The search for our beginning could lead to our end.”

Enjoy alternative experiences and quirky events? Check out our guide to the very best of what’s on in London this month.