That was the opening of Beethoven’s fifth symphony, as played in your head by three letters of the alphabet.

Now imagine it played by an actual orchestra.

One that’s just a few feet away from you, for a spine-tinglingly intimate experience in a gorgeously atmospheric space. That’s what The Little Orchestra are about. And for 2020, they’re embarking on a year-long journey following Beethoven from childhood to his final symphony, composed nearly 200 years ago.

The show will start as all their shows do – with a social, fun, and unpretentious vibe deliberately designed to remove the suits and airs normally associated with classical concerts. A couple of drinks at the bar, a little chat with the other guests, and you’ll be invited to take your seat (or, indeed, sofa). 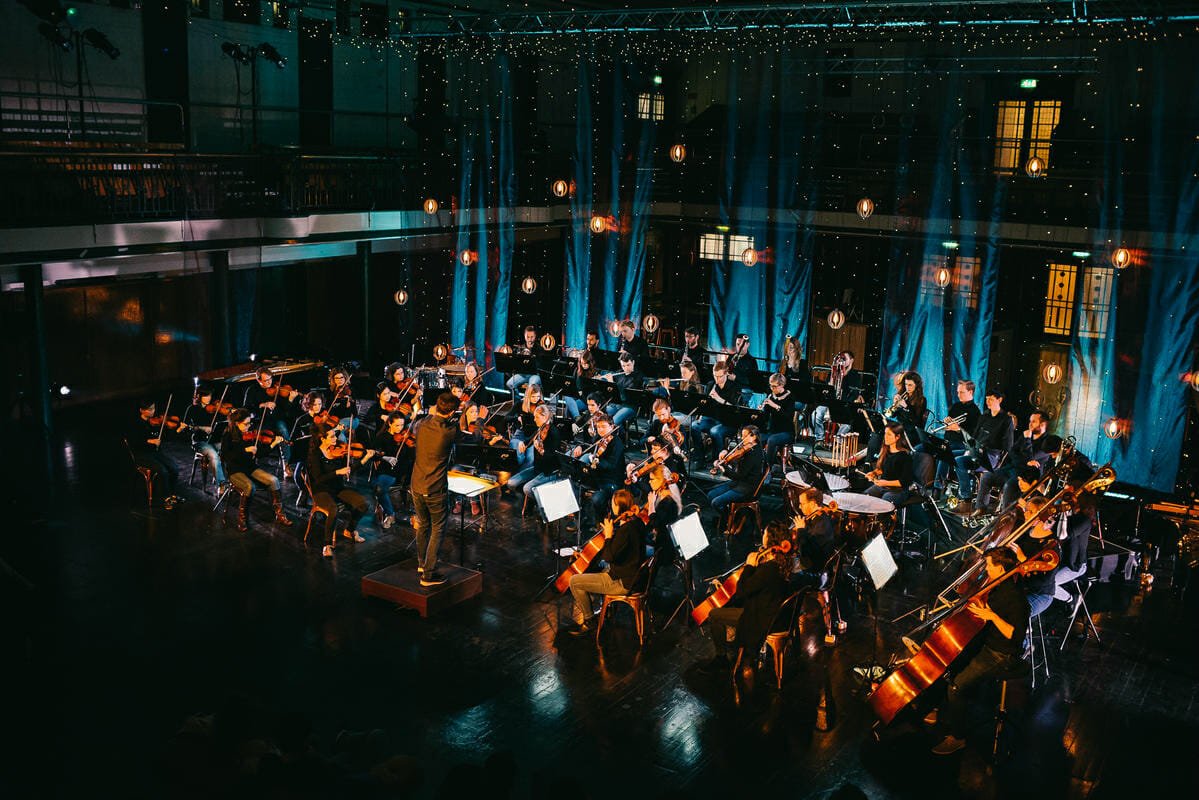 It’s now that you’ll be surprised to find the very talented musicians are settling into their seats a few feet away from you. There’s no stage. No velvet curtain. Just an intimate, low-lit, acoustically fine-tuned space, where you’ll get to listen to some heavenly music, including chamber music from Beethoven’s early influence, Mozart, to his own 9th Symphony (which was first played 195 years ago, when Beethoven couldn’t hear his own music – or the standing ovation behind him at the end).

After the show when the non-existent curtain comes down, it’s back to the bar to unwind, and the non-existent barrier between you and the performers gets torn to shreds as they all join in. And we haven’t even got to the best part – tickets start at just £5. And if you’re wondering if that’s a bargain for classical concerts..?

NOTE: The Little Orchestra is next playing at Battersea Arts Centre, 19th-21st March. Tickets cost £5 for the dress rehearsal, or £25-45 for the official concerts in the full setting – you can find out more, and book, HERE.

Like finding unusual events in London? Peruse our hub of all the best things to do in London

A New Music Night With A Highly Original Concept...

Acoustic musicians in a bombed-out church...