The Lost Act | The Lost Lectures 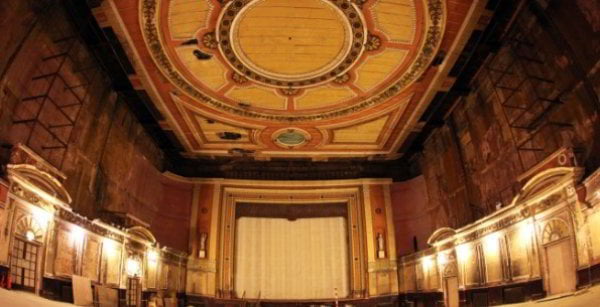 The Lost Act | An Abandoned Theatre

It’s great advice. If you ignore the fact that anyone who knows they’re going to die tomorrow is highly unlikely to spend their final day on earth studying.

Thanks for nothing, Mahatma.

But wait. There actually is a way to live deep and suck out all the marrow of life (as if in anticipation of your imminent demise) while simultaneously learning about subject matters which, unless you really are going to live forever, you might not necessarily put at the top of your “things I need to learn” list.

And that way is The Lost Act, two evenings filled with enigmatic speakers, creative venue-inspired cocktails and food from Street Feast that’s being dramatically hosted in a secret, abandoned 18th Century London theatre.

So live as if you were to die tomorrow by being one the very first people to gain access to this crumbling, abandoned old theatre hidden away in the grounds of an iconic London landmark: a magical place which first opened in 1875, but which has been off limits to the public for over 65 years.

And learn as if you were to live forever by enjoying talks from The Chapman Brothers, two of the most controversial figures in the art world; entrepreneur, Baroness Lane Fox of Soho; Polarbear, one of the best spoken word artists in the UK; and experimental explosives expert, Helen Czerski.

Bet she blows you away.

NOTE: The Lost Act is happening on 3rd and 4th October 2014. You can learn more and book tickets HERE

Enjoy interesting pop up experiences? Check out The Nudge’s guide to the best of pop up London this month.