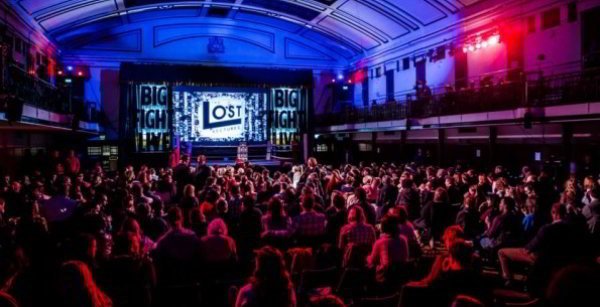 The Lost Chance Saloon | By The Lost lectures

Breaking news regarding The Lost Lectures!

We just found them.

Hidden down the back of the sofa.

They’ve been down there since last November, plotting two brand new nights of inspiring talks, entertainment and cocktails in a secret London location known only as “The Lost Chance Saloon” which – and this is going to stretch your impulsivity muscle to the max – are happening this Friday and Saturday night (16th and 17th May).

Now while the potent combination of your intellectual inquisitiveness, good looks and thunderous personality with this exciting last minute opportunity to do something different makes you a shoo-in to attend one of these two nights, you still need to convince your friends to go along with you.

Which you can quickly do by sending them the following four facts:

1) The speakers – each of whose punchy talks will be limited to an attention-grabbing 15 minutes – include a sneakster intent on unveiling a cyber underworld where anyone can buy heroin and weapons (or hire a contract killer) without trace; someone who’s working on a method to stop the ageing process; and a multi-sensory expedition into the history of explosives by a guy who likes to blow stuff up.

2) There’ll be live music from the creators of The Sopranos’ theme song and from the genre-twisting, nine-piece Hackney Colliery Band… who are a bit like The Prodigy, only with trumpets.

4) You can get “top table” seats  – which are basically the very best ones available, right next to the stage – for £25 by using the code Nudgeme at checkout. Assuming you can find the tiny sentence above the Order Now button which says “enter promotional code”.

It’s harder than it sounds.

NOTE: The Lost Lectures return to London this Friday 16th and Saturday 17th May 2014. You can learn more about these evenings by visiting their website here, or you can book tickets directly on Eventbrite for Friday evening here and for Saturday evening here