Touring the West End on Foot

All the world’s a stage…

…especially the large flat bits in front of all the rows of seats that occupy the 40+ theatres dotted around London’s West End. Those parts are particularly stage-like. It’s probably why they call it Theatreland. But it has oh-so-much more going on that just riveting drama (a full list of which we have in our guide to London Theatre Shows On Now). And we’ve plotted out the perfect route for you to take if you want to take it on by foot.

Get yourself to Piccadilly Circus for the start of the tour and enjoy the show:

Where better to start a tour of the theatre district than at a circus. This part of London’s West End is catnip for tourists, but there’s much more going on than simply the bright lights and the famous statue, including some great shopping, bars, and restaurants. 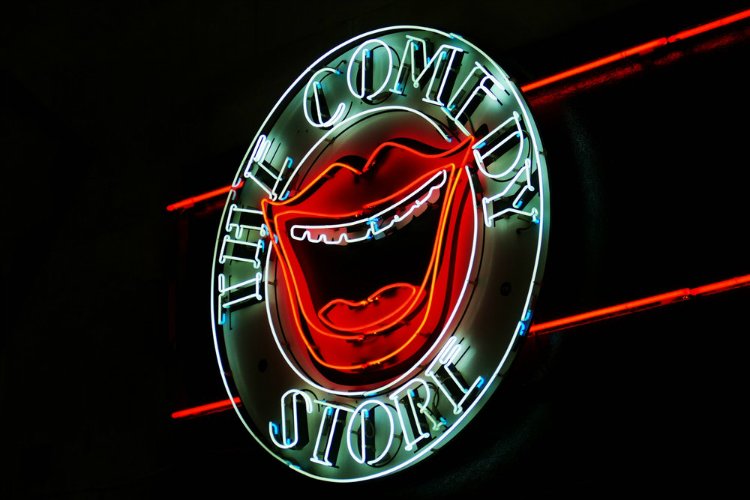 Exiting the station, Criterion Theatre will be facing you and along Coventry Street you’ll find The Comedy Store and Prince of Wales Theatre.

Current productions: The Comedy About a Bank Robbery, The Book of Mormon.

A walk along Shaftesbury Avenue will make you realise it probably should have been called Shakespeare Avenue, because you’ll find the Lyric, Apollo, Gielgud, Queen’s, and Palace Theatres all within 300 metres of each other. 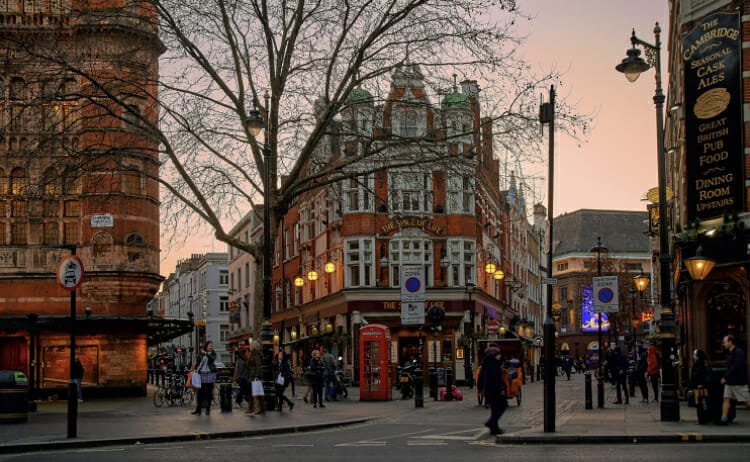 Once renowned for its specialist and second-hand bookshops, Charing Cross Road is now surrounded by theatres and places to wine and dine. But the bookshops really shouldn’t be overlooked, even if just to browse. There are some ultra-rare gems in there.

From Cambridge Circus, a walk along West Street will take you past the Ambassadors and St Martin’s Theatres. A short walk down Charing Cross Road will bring you to the Garrick and Phoenix Theatres, with the Arts, Wyndham’s, Noël Coward, Duke of York’s and London Coliseum Theatres all located on the many small streets leading off from Charing Cross Road.

Current productions: The Secret Diary of Adrian Mole Aged 13 3/4, The Mouse Trap, Bitter Wheat, Come From Away, SIX, The Starry Messenger, The Night of the Iguana, Rosmersholm, and regular opera & ballet performances.

A brief walk to Nelson’s Column will bring you onto Strand, or take a shortcut along William IV Street if you’ve seen enough one-armed yodas balancing on ten-metre poles before. On the Strand you’ll discover the Adelphi, Vaudeville, Savoy and Lyceum Theatres, before reaching Aldwych. 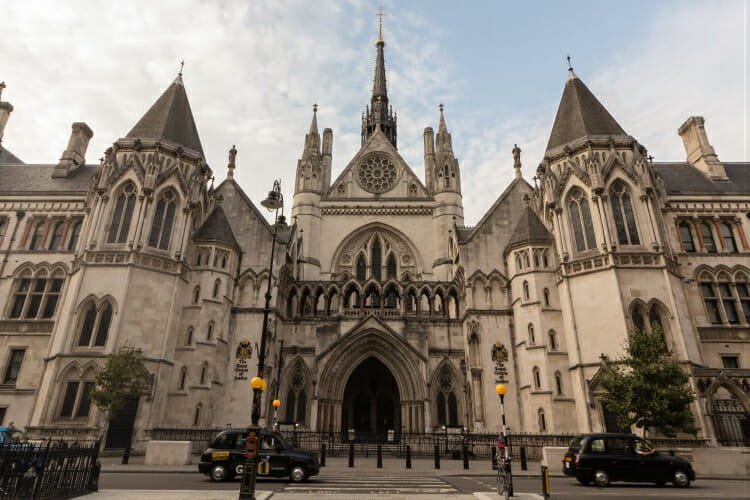 One-way roads often lack direction; Aldwych does not. This semi-circular road leads you to the Novello Theatre and (surprisingly) the Aldwych Theatre, both of which opened in 1905. A boom year for London theatre it would seem.

Leading from Aldwych is Catherine Street, that will take you to the Duchess, Theatre Royal Drury Lane and Fortune Theatres. From the end of Catherine Street, a swift left then a right will bring you to Bow Street, which is home of the Royal Opera House, and just 230 metres from Covent Garden station – and the end of the tour.

Current productions: The Play That Goes Wrong, 42nd Street, The Woman in Black.