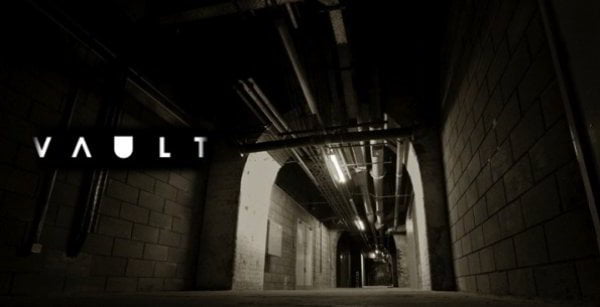 Having taken a brief hiatus this week – for no good reason at all, other than the fact that there’s been nothing good to tell you about (which actually is a good reason) – today we happily return to the fold with two undeniable truths:

1. You’ll blink at least 4 times before the end of this article, and

2. You’re going to the Vault Festival.

Regarding the second one, it’s basically six action-packed weeks of performance, live music, discussions, parties and events inside Waterloo’s vault tunnels, all neatly wrapped up in a tidy little bundle which some people like to refer to as “culture”.

Highlights include a new stage adaptation of Hunter S. Thompson’s Fear and Loathing in Las Vegas; a bar which is taking the “complimentary peanuts” model up a notch by offering free live music and comedy; bourbon-soaked performances by The Kansas Smitty’s House Band (hot off the heels of sold out shows at Ronnie Scotts and The Vortex); a Mardi Gras party called ‘Fat Tuesday’ that’ll be combining a carnival parade with immersive theatre, costumes and live music; a play that involves two actors, one musician and forty-four characters; wild Voodoo ceremonial sex dances, animalistic aerial acts and interactive mischief at ‘Wild Worlds’; plus the opportunity to hop through a crack in the time-space continuum in order to enter the world of the abandoned circus.

NOTE: The Vault Festival runs from 28th January – 8th March 2014 at The Vaults, Waterloo. It’s impossible for us to summarise everything that’s going on, which is irrelevant because the Vault Festival have done that themselves right here.

Looking for the 2018 Vault Festival? Find our round up of proceedings right HERE.