Some people prefer not to blow their own trumpets.

They just don’t have the brass.

Which is why we’re here: to blow those trumpets for them, and to keep you firmly informed about the best of the summer’s events. Like, for example, Wilderness Festival, which for 2019 is promising yet another beautifully raucous, multidisciplinary, glitter-showered, forest-dwelling hullabaloo in the heart of Oxfordshire. Here’s how it’s going down.

We’ll start here, because the fare at Wilderness is more than worthy of top billing. So. There are the Long Table Banquets, where chefs like James Knappett (of Michelin-starred hidden restaurant Kitchen Table) will be taking over the banqueting tent to ply diners with decadent feasts on a huge scale; street food trucks including stands from Patty & Bun, The Cheese Truck, Mama’s Jerk and charity favourites Imad’s Syrian Kitchen; The Dining Room, a vast food hall where you can pick and mix from menus cooked up by Smokestak, 12:51 and Club Mexicana; The Field Kitchens, pop up restaurants which this year include Pizza Pilgrims, Café Murano and Hotbox (with a special guest appearance from St. Leonard’s chef Andrew Clarke); aaand  The Chef’s Table, an intimate dining experience perched atop a hill, where some of the country’s finest chefs – including Sabor’s Nieves Barragán and Neil Borthwick of The French House – put together tasting menus for 24 diners around an open kitchen. Naturally, there’ll also be a heap of bars each dedicated to gin, Scotch, bourbon, Champagne, wine, and more. 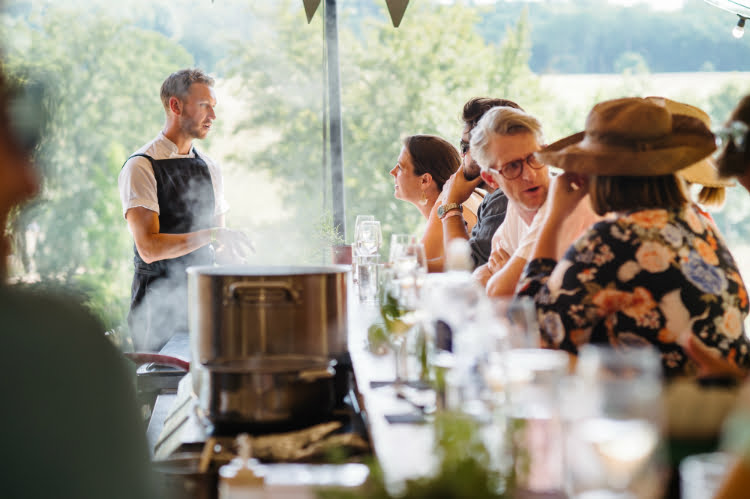 With a foodie spread like that, you’d probably expect the music to be playing second fiddle. But Wilderness don’t do things by halves, and this year you can catch Groove Armada, Bombay Bicycle Club, Robyn, a jazz programme curated by Ronnie Scott’s, a whole bevy of up-and-coming artists, and Oh My God! It’s The Church, a band that fuse live funk and soul with comedy, dance routines and absinthe. 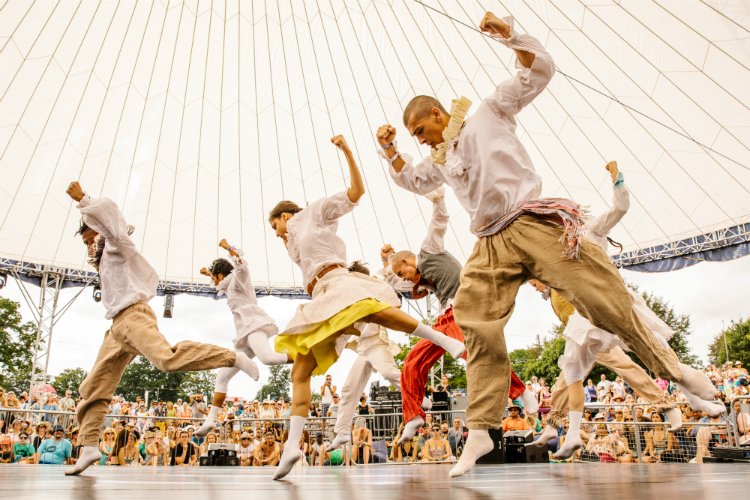 For the 0.001% of the population not already enthralled by all this, they also throw in a series of talks, debates, panels, workshops, spoken word, live podcasts, pop-up museums, comedy, and cabaret. Specifically, a performance artist-filled ‘Naked Balloon Party’, hip hop karaoke, a giant Bollywood dance workshop, mass meditation, a voguing class, Letters Live, and clown school. Or you can head out into the forest and play quidditch, dodgeball disco, or silly Olympics by night. And if you just want to sit back and watch, there’s programmes curated by Sadler’s Wells, the Southbank Centre and the Roundhouse; roaming storytellers, riddlers and performance artists; woodland theatre; bonfires; parades and brass bands…

…who actually do blow their own trumpets.

NOTE: Wilderness Festival takes place from the 1st-4th August 2019, in Cornbury Park, Oxfordshire. You can get your festival tickets HERE.

Like finding unusual things to do? Check out your monthly Agenda