The next station is Covent Garden. Alight here for vintage posters, Victorian trolleybuses and the chance to take the driver’s seat in a new Elizabeth Line tube carriage.

For it’s here that you’ll find the London Transport Museum, set in a huge, light-flooded conservatory-style building on the Covent Garden piazza that bears more than a passing resemblance to one of London’s big rail stations. One of the more unusual museums in London, it’s dedicated entirely to the history of transport in the city over the past two centuries, and the stories of the people who work on it. Alongside the LTM’s permanent collection of eclectic curios and historic vehicles (something you can literally get on board with), is a programme of temporary exhibitions drawing focus onto different aspects of the network’s history, from the abandoned tunnels that remain below ground to the previously unsung contributions of the network’s Caribbean workers.

JUMP TO: The Museum | Hidden London Tours | The Depot

The London Transport Museum’s venerable collection of vehicles, signage and transport-related ephemera began back in the 1920s, when the London General Omnibus Company decided to preserve some (then merely ‘retro’) Victorian horse buses for posterity. Over the past century it’s grown to a stonking collection of 450,000+ exhibits, around a quarter of which you can see on display here. 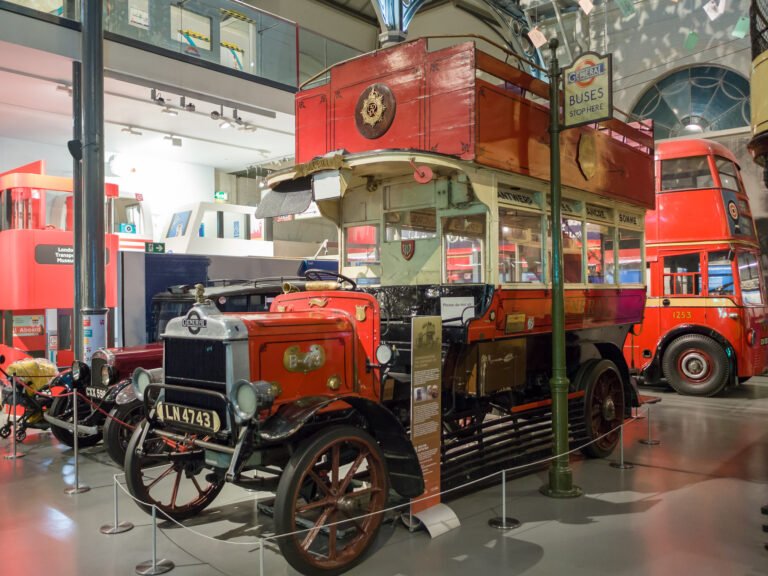 There’s ancient restored buses, trams and tube carriages for your uninhibited perusal (complete with unnerving, period-costumed mannequins); fancy high-tech displays about the future of London transport; archive galleries of iconic designs, posters and photographs; and some serious nitty gritty about the huge feats of engineering that have allowed the city’s network to keep expanding (which has some quite literally riveting details).

And of course, as anyone knows, the best part is always the museum shop – and here you can get hold of pretty much anything you can imagine, only transport-themed. Expect coffee table books, quirky souvenirs, roundel lightboxes, vintage posters, and – for the real enthusiast – a full-size sofa covered in London Underground moquette (the official term for that fuzzy seat material; decades of other people’s grime not included).
–

While the London Transport Museum is very conveniently planted in Central London, its location (and size) means that it’s fairly difficult to use it to display and store things like, say, trains. Which is why they also have the Depot; a sprawling 6,000 sq m space in Acton that stores the 320,000 artefacts, vehicles and memorabilia that don’t fit in the Covent Garden spot. 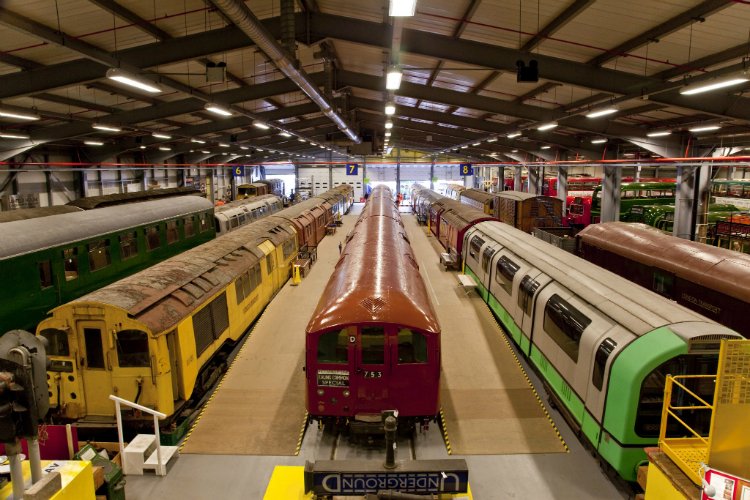 It’s usually closed to the public, save for three open weekends a year (usually in April, July and September), when you can nose around the entire collection, listen to talks and take part in themed design workshops. But there’s also regular guided tours, which cover everything from the iconic London transport typeface, to opportunities to get into the driving seat of old tube trains. You can find out more and book ahead HERE.
– 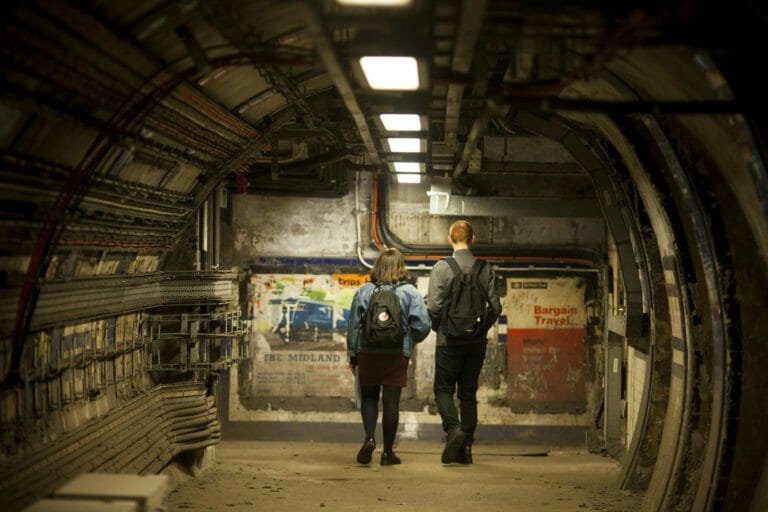 There are at least 40 stations on the Underground that are no longer used for travel. Some ran out of money before they could open (like ‘West End’), some were cut off because of competition with nearby stations (‘Tower of London’), and some are haunted by the ghosts of Ancient Egyptian mummies (‘British Museum’). It’s previously been very difficult to get access to abandoned stations, but the London Transport Museum now runs regular – but extremely popular – tours of some of the most enigmatic. Book into one of the museum’s Hidden London tours, and you can walk underneath Trafalgar Square to see the disused Jubilee platforms at Charing Cross (now used in films like Skyfall and Paddington); explore the labyrinth of old tunnels at Euston; and enter the long-abandoned Down Street station, where Winston Churchill sheltered during the Blitz.

Typical, nothing for decades then they all come at once…

NOTE: The London Transport Museum is open daily from 10am-6pm (last entry 5pm). Kids go free, while adult entry starts at £18.50 and will net you unlimited visits for the whole year. You can find out more, and book tickets, HERE.

Feeling peckish after all that learning? Check out the best restaurants in Covent Garden