NOTE: The Museum of London has now closed here and is in the process of moving to a brand new home at Smithfield Market. It’s set to reopen in 2026 – in the meantime, you can check out these other great museums in London.

They would make moving house a lot easier.

And ironically, the Museum of London is moving house, leaving its original home overlooking the 2000 year old walls of Londinium for the (relatively sprightly) 154 year-old Smithfield Market.

It’s making the move after 45 years to give more space to its free-to-visit collection of over 6 million objects telling the history of London and its people. The iconic market will be getting a dramatic refurb, keeping quirky old features like fireplaces (which will curiously appear half-way up the double-height walls), and signs from the meat stalls that once graced its halls, before the new museum opens in 2026. Sadly, the Museum of London will have to close in the meantime, meaning your last chance to visit the museum in its current home is 4th December 2022. 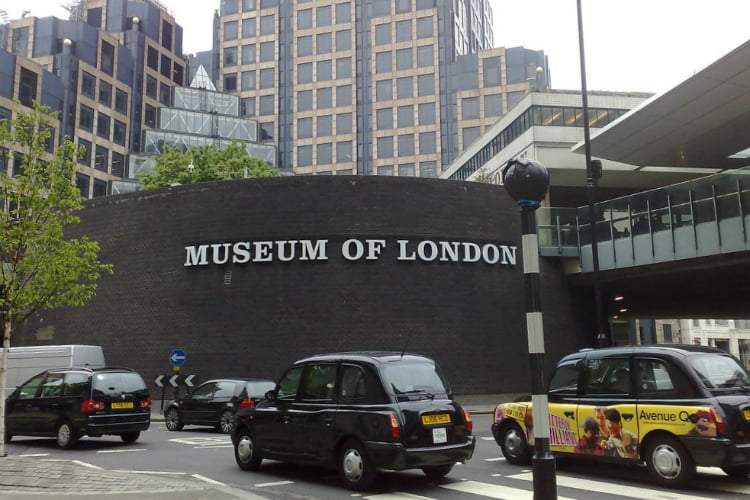 While the current site holds a kind of nostalgic place in our hearts, it’s also a bit of a nightmare to get into, sitting in the middle of a roundabout in one of Barbican’s more confusing patches. Once inside, it’s thankfully a lot easier to navigate. Like the IKEA of museums, the Museum of London has a one-way layout that takes you on a chronological journey from London’s prehistoric beginnings right up to the modern day. There are free gallery tours every day, but everything’s so well set-out that it’s easy to make your own way round, too. Here’s what you can expect…

Covering a modest time span of 450,000BC – 50 AD, the Museum of London’s opening gallery is crammed with ancient archeological finds, including intact neolithic pottery, Iron Age chariot wheels, skeletons, weapons, and the 200,000 year-old jaw of a local London mammoth.

What did the Romans do for us? Well, they founded the city of Londinium as we know it, bridged the Thames, developed it into a major trading port, and helped it become the biggest city in Britain (it didn’t reach that size again for another thousand years). And in this gallery you can see ancient Roman graffiti, tombstones, statues, hoards of gold coins and the sculpted centrepiece of the ancient temple of Mithras found buried under Blitz rubble, now restored beneath the Bloomberg Arcade in Bank. 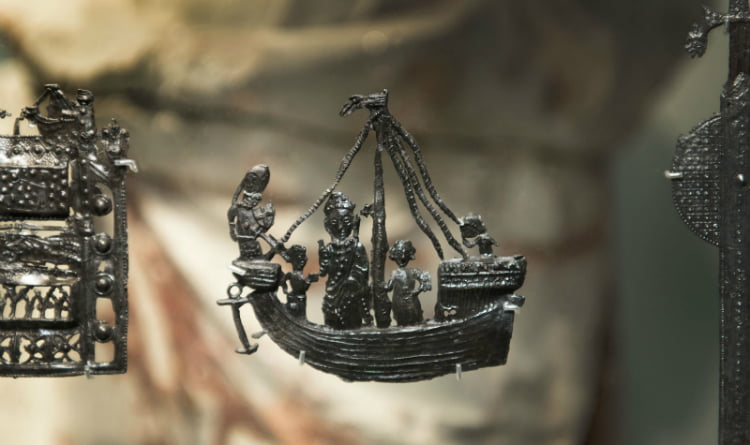 The next thousand years or so were pretty rough for London, being constantly invaded, racked with fire and famine and the site of relentless struggles between rival religions and political parties. On the upside, it makes for a pretty eclectic array of objects – saintly relics; Viking battle axes; and Medieval pointy shoes among them.

If the Middle Ages looked grim, things didn’t get a lot better in the century following the Tudors. There was revolution, bubonic plague, and the Great Fire of London (which, by all accounts, seems to have been anything but great). This gallery is full of everyday possessions, 17th century fire engines (or ‘buckets’), beautiful old maps and a fully recreated Stuart sitting room.

The next 200 years saw some of the greatest extremes of inequality in London society – and this section’s home to the original wooden interior of a debtor’s prison cell (complete with inmates’ graffiti), as well as royal jewels, ornamental weaponry and frilly aristocratic fashion. 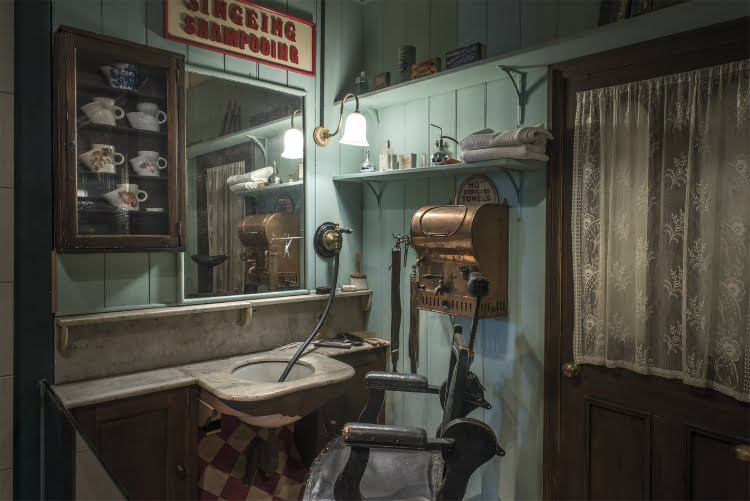 Covering the Victorian period and early 20th century – and easily the coolest part of the Museum of London – this gallery boasts the art deco elevator doors from Selfridges, huge interactive displays on the suffragette movement and the two world wars, and a fully reconstructed Victorian high street, lined with walk-in shops stocked with authentic antique merchandise.

The Museum of London’s final gallery is full of the kind of modern references you rarely see behind museum glass – vespas, iPods, models of the Shard and, er, Tom Daley’s swimming trunks. But it’s also the part of the museum that touches on some of today’s more relevant issues, from societal tensions to radical fashion, advancing technology and youth culture.

To celebrate the last 45 years, the Museum of London is hosting one last hurrah before closing. The Greatest Weekend (3rd-4th December) will be a two-day festival celebrating the best music made in London over the past five decades. DJs from the female and non-binary championing SISU collective will be on the decks throughout the weekend, while the Walking Theatre Company will be bringing the exhibits to life with pop-up immersive performances. That’s alongside special illuminated displays; a table football competition (with the chance to win a shirt signed by Harry Kane); a yoga class; a DJ workshop; an open-mic session; and an overnight opening as the museum stays open for 24 hours. Hopefully, there’ll be coffee…

Liked this? Check out our guide to the Best Museums in London