In the wise words of Jesse Pinkman… Yeah Science!

While Aaron Paul’s character in Breaking Bad may have been referring to a slightly different subject matter, we have to share his enthusiasm – and if you fancy spending an afternoon blowing your mind (and making up for any lost time not paying attention at school) with all the various discoveries that have formed the world we live in today, and the ones that are shaping our future, then look no further than London’s Science Museum.

In its early years, it underwent a bit of an identity crisis, first in 1857 as part of the South Kensington Museum (focusing on design and art, now the V&A) then in 1858 as The Museum of Patents, 1863 as the Patent Office Museum, before finally settling on the official title of Science Museum in 1909. Now one of the best-loved museums in London, it has over 300,000 objects across its seven floors and welcomes in over 3.3 million people every year, also making it the most visited science and technology museum in Europe. 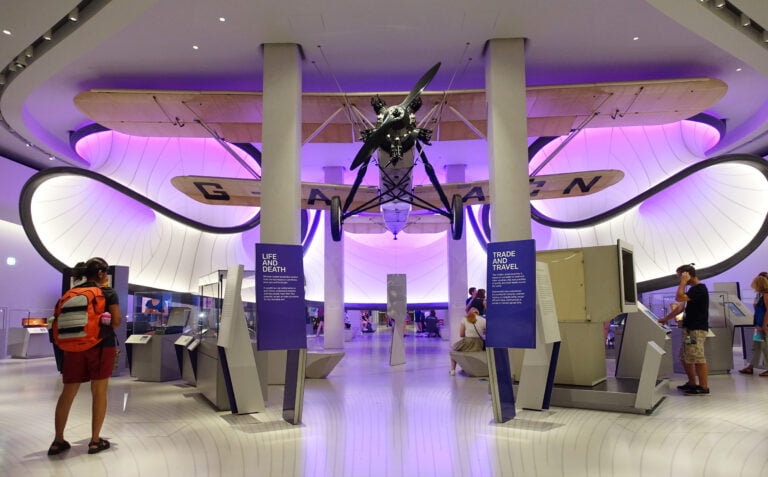 WHAT TO SEE AT THE SCIENCE MUSEUM

The permanent exhibitions in the main halls are all free to visit (though donations are welcome) and, well, there’s a lot of space… not just because the Science Museum takes up an expansive seven floors, but because the ground floor has a gallery dedicated to space exploration. You’ll see exhibits plucked from missions to the moon (answering the all-important question of how astronauts are able to use the loo), Tim Peake’s spacecraft, the Apollo 10 command module and a real piece of moon rock picked up by David Scott on his travels in 1971 – it’s out of this world (had to, sorry…).

Meanwhile, the Energy Hall (which is also the first area you’ll walk through after entering the Science Museum) tells the tale of the British Industrial Revolution and boasts the oldest surviving James Watt beam engine in its repertoire, while in Making of The Modern World, you can follow the development of mankind’s most impressive inventions; from the the world’s oldest surviving steam locomotive (who goes by the name of Puffing Bill) to the first Apple computer. Other halls traverse through time and cover clocks, the climate, flight and medicine, which is an eye-opening look at the human anatomy and how lucky we are not to be Victorians.

If you’re here with kids – or just need an excuse to partake in the interactive stuff (no judgement) – then there’s a few simulators (including one that gives you a whiff of what it’s like to be in the cockpit of a RAF Typhoon Jet), plus the Wonderlab Gallery, which features plenty of things to touch, buttons to press and other brain-ticking exercise like slides that test friction and echo tubes that help demonstrate sound frequencies. The IMAX theatre is worth checking out as well, boasting all the state-of-the-art specs (70mm and a laser 4K projector) that you’d expect from the place that has ‘science and technology’ as its USP, screening both 3D documentaries and big-screen blockbusters. 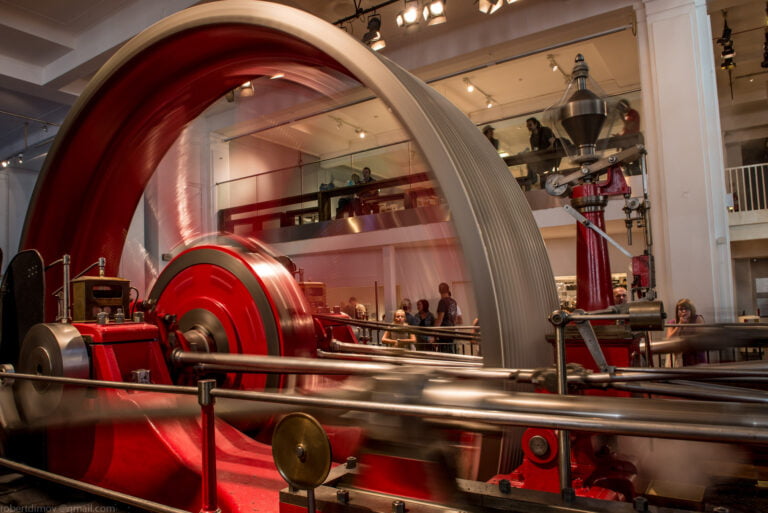 LATES AND WHAT’S ON NOW

Alongside the permanent fixtures, there’s also an evolving roster of touring and temporary exhibitions at the Science Museum (separately ticketed, but some of which are still free) that range from an in-depth look into Covid-19 vaccines (running until January 2024) and an immersive exhibition about science and sci-fi (until 4th May 2023). And like many of London’s big museums, there are Lates – after-hours adults-only antics – held on the last Wednesday of every month, when the museum stays open late into the evening (from 6.30-10pm) for workshops, lectures, pub quizzes, talks, cocktails and maybe even a silent disco.

NOTE: The Science Museum is open daily from 10am-6pm (last entry 5.15pm). Besides access to the temporary exhibitions, entry is free, but you still need to book a visitors slot. You can do that and find out more on their website, HERE

Want to become a random facts machine? Keep on upping your knowledge by checking out some of London’s unusual museums