They’re no stranger to experiment.

See, in the near-decade since the liquid nitrogen ice cream aficionados opened their first parlour-slash-laboratory, it’s fair to say they’ve come up with their share of original twists on the stuff. Not content with merely creating ice cream out of vast clouds of dry ice, these are the people who have created flavours like basil and choc chip, black tahini halva, olive oil and coffee. They were behind the browniewich, where ice cream comes packed between two chewy, chocolate brownie cookies. And most crucially, they’re the people who brought the world the Killer Cone, where red vanilla waffle cones are filled with blowtorched marshmallow before they’re topped with a scoop. 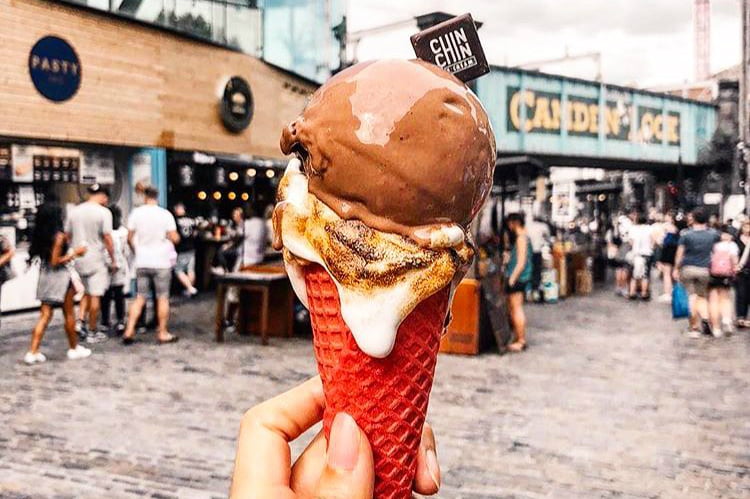 And – lest we ever forget – they were behind the ice cream taco; a blue corn “waffle taco hybrid” topped with pineapple and habanero chilli sorbet; fresh and chargrilled pineapple chunks; whipped avocado mousse and chocolate Mole truffles…

So it’s perhaps not surprising that they’re at the vanguard once again with their new pistachio ice cream… that doesn’t contain pistachio.

It looks and tastes just like the real thing (it still has that trademark minty green hue), but, thanks to their ingredient wizardry, its totally nut-free. And gluten-free. And it has no refined sugars. It’s so revolutionary, the staff have even had to sign non-disclosure agreements to make sure they don’t let anything slip…

So you didn’t get the scoop from us.

NOTE: Chin Chin Labs’ nut free ice cream is available now in both their Soho and Camden shops. You can find out more on their website right HERE.

Like hearing all the latest London food news? Check out our pick of the best restaurants opening soon