Some people believe they should be spent in church.

So might we suggest you make that church the former Victorian girls school chapel sitting on the edge of Spitalfields Market, and housing the stunning Michelin Starred French restaurant that is Galvin La Chapelle. Because they’ve started doing Sunday Roasts. And they’re everything you’ve ever prayed for in an end-of-week lunch.

The place, for those who haven’t been, is understandably quite breathtaking, with a vastly high vaulted ceiling pierced by two gigantic circular chandeliers. It’s the kind of space that immediately makes you wonder how on earth they heat it in the winter (quite effectively, it turns out). There’s so much room, they have a second mezzanine-style floor built in that you might not even notice if you were sat near the back. 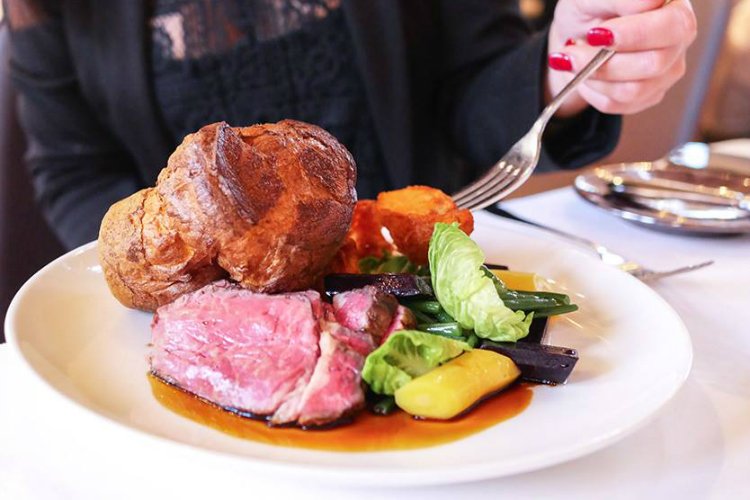 The roasts themselves are typical of the Galvin Brothers’ output, made with obsessive attention to detail. The menu rotates regularly, but you can expect French-style starters (the likes of a rich cod brandade & lobster bisque) followed by very British main course of roast Cumbrian sirloin of beef, Yorkshire pudding, roasted potatoes & glazed carrots. Each individual item is given extreme care an attention – the beef is rose-pink in the middle, the roast potatoes are like fluffy clouds held in crispy cases, and the Yorkies are gloriously silky, and puffed up almost to bursting.

Three courses will only set you back £38pp, which in the Michelin Star game isn’t too shabby at all. And the kinds menu is only £12.50 for a two-course mini roast…

…which they’ll certainly not be able to fully appreciate.

NOTE: The Sunday Lunch menu is available now at Galvin La Chapelle. You can book a table, and see the current menu right HERE.

Into Sunday Roasts, eh? Well, here are a few more to chew on…

Popping up from now until Christmas....

We’re flirting with being back, as opposed to going steady with it. We’re in an open relationship with the concept of returnin...