A £73m Microbrewery Is Opening In The Middle Of Covent Garden

They did not get that deal for their new microbrewery in Covent Garden.

Instead the space – which will include a restaurant and a cultural hub, and will span several streets just south of the Seven Dials – is going to set them back a cool £73 million. Inflation can be a real bastard sometimes. But it looks like they’ll still be getting their money’s worth. The venue which (if all goes smoothly) will open in Autumn of 2023, is set to cover some 50,000 sq ft of primo central London real estate, and fill it with a whole load of stellar-sounding facilities. You’ll find the aforementioned microbrewery (complete with tours, experimental brews, a bar, etc.); an open-fire kitchen restaurant (with a 360 degrees glass rooftop space); a dedicated centre for jobs training; an arts & events space for use by the local community; and a store selling plenty of rare Guinness march. 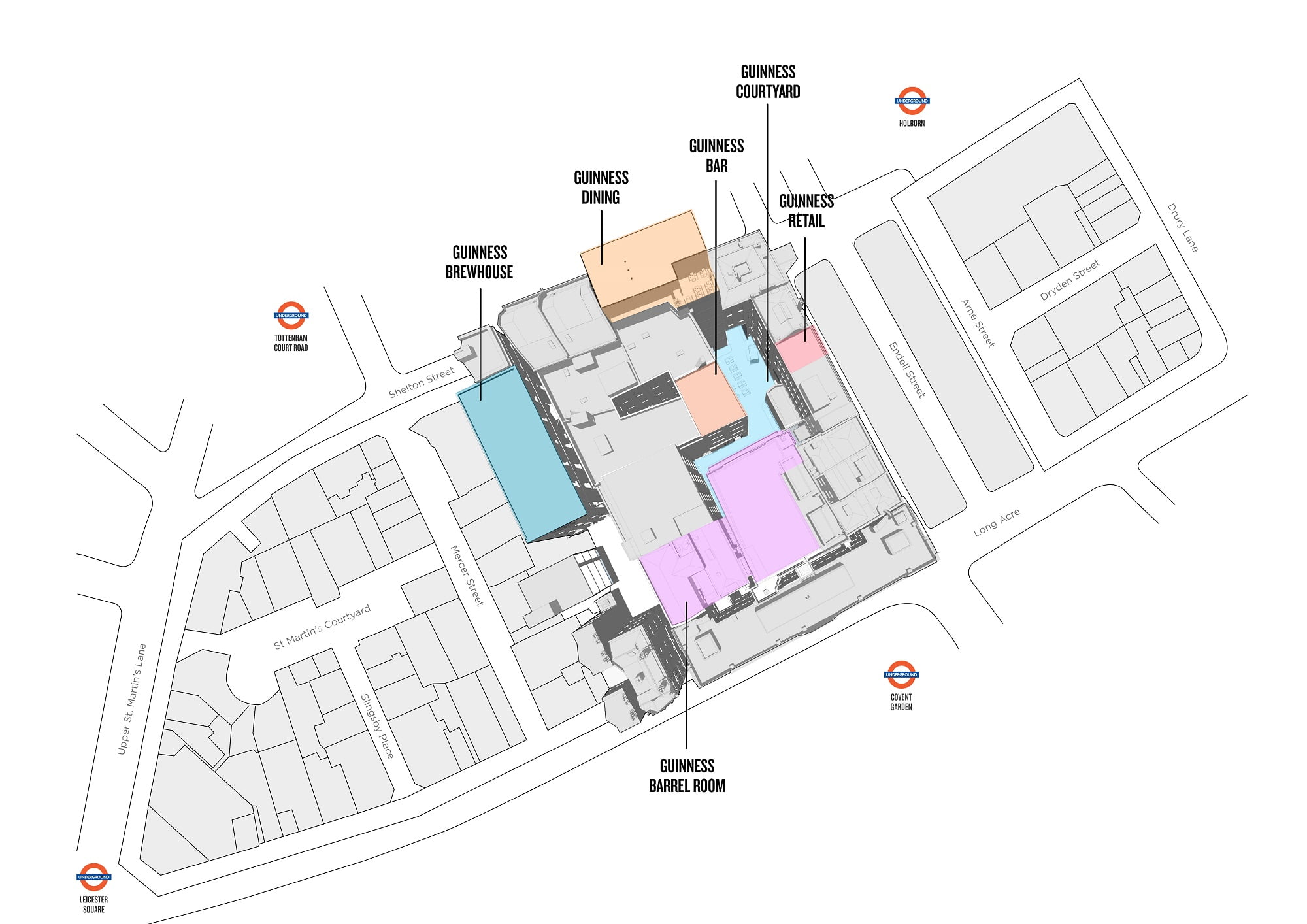 It’s being tentatively called “Guinness at Old Brewer’s Yard” thanks to the fact that the area used to be home to the Woodyard Brewery (between 1722 and 1905), who apparently didn’t have the foresight of signing an insanely good multi-millennia lease agreement.

Of course, come December 31st in the year 10,759 AD the landlord will renegotiate and we’ll see who’s laughing then…

NOTE: Guinness at Old Brewer’s Yard is set to open in Autumn of 2023. Good things come to those who wait indeed. We’ll be back then with the full scoop, but in the meantime, you can find out more right here.

Like a good pint of the black stuff? They don’t pour them better than at Daffodil Mulligan…

St Barts Is On Its Way To Central London The restaurant that is…. from the guys behind adored neighbourhood spots Nest and Fenn.