Breakfast used to be the most important meal of the day.

Then brunch swaggered in with its best-of-both-worlds menus and casual disregard for what time is considered acceptable to serve a cocktail. Now, all of a sudden, breakfast has woken up and smelled the superiority.

So you’ll be glad to hear that J Sheekey Atlantic Bar are now serving brunch for the first time. With live music, just for good measure.

For those who haven’t had the pleasure, The Atlantic Bar sits directly adjacent to J Sheekey, one of London’s longest-standing seafood restaurants, and acts as its more casual, versatile sibling. Their brunches kick off at noon each Sunday, and feature an impressive lineup of live musical acts rotating each week (Gypsy Dynamite, Harry & Rosalee, Acoustik, etc.). 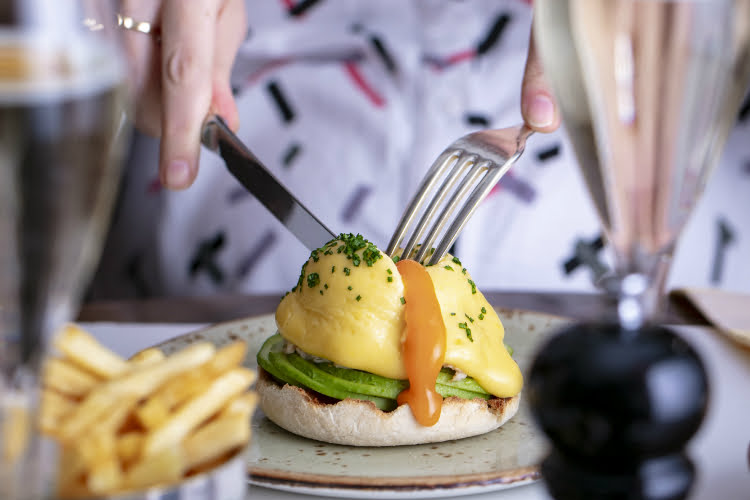 Food-wise they’ve given the menu their traditional lilt towards seafood, which means everything kicks off with a whole ton of shellfish & oysters – expect everything from tempura oysters with white soy ponzu dressing, to half lobster with mayo.

Moving on to the Surf & Turf section of the menu, their mac & cheese combines shrimp, Cornish crab & bacon, and is presented alongside the glory that is the Surf & Turf burger: a gigantic beef burger and lobster Thermidor melt. Beyond even that, there’s some crab & avocado eggs benny; and the likes of smashed avo & poached egg with toasted sourdough and Sheekey’s own hot-smoked salmon.

To finish, the seafood is thankfully put to one side to make way for raspberry Knickerbocker Glory, and banoffee waffles with caramelised banana & dulce de leche ice cream.

And of course, no brunch would be complete without a Bloody Mary. And The Atlantic Bar has five. They include the classic, the bourbon Mary, and their gin-loaded Red Snapper.

Whatever meal those are served with is automatically the most important meal of the day.

NOTE: Brunch at J Sheekey Atlantic Bar is available now, every Sunday. You can find out more, and make a booking at their website right HERE.

Like brunches? Then you’ll want to read about the best in London…

We’re Taking A Wee Break. As In, A Short Break.

Parting is such sweet sorrow. But at least it gives us a chance at still being here when London̵...

With vouchers and parties when this is all over...

Get Mac & Cheese Delivered By The Cheese Bar

Bringing British curds and mac & cheese to your door...

Borough Market Is Coming To Your Doorstep