Go to Jack Solomon’s Club – the hidden club built on a former boxing gym – and you can now get a nice punch to the mouth.

Because they have an all-new cocktail menu.

For those unfamiliar with the space, it’s located underground in the middle of Soho beneath an otherwise unobtrusive after-hours deli. Walk inside, and you’ll be invited down to the club. Descend the stairs, and you’ll begin to hear the throbbing sound of live music and DJs playing across the astonishingly large space. It’s filled with plush decor, velvet & leather seating, and even a set of infinity mirrors in the ceiling – but it’s the curved, pewter topped bar that we’re interested in right now. Because that’s where the new cocktails comes from. 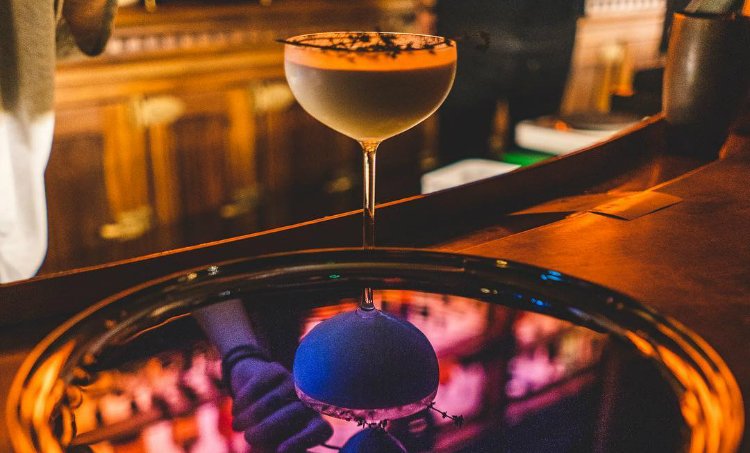 Those cocktails are all inspired by the club’s former life as a boxing gym, and involve highlights like:

Of course, you can always get a little upscale barfood to help soak it all up, including Cobble lane cured meats with house baked focaccia; Colchester Rock Oysters; or ash baked aubergine dip served with flatbread.

It would be a pitta to miss out.

NOTE: The new cocktail menu at Jack Solomon’s Club is available now. You can find out more, and make a booking at their website right HERE.

ALSO NOTE: Nudge Members, we have a little something for you. Log in to you Members Area to find out more…

Like secret speakeasies? Then check out the best hidden bars in London…