London Compared to Other Cities

There’s a reason why London has never been nicknamed “The Medium-Sized Smoke”.

Because, for want of a better word, it’s big. 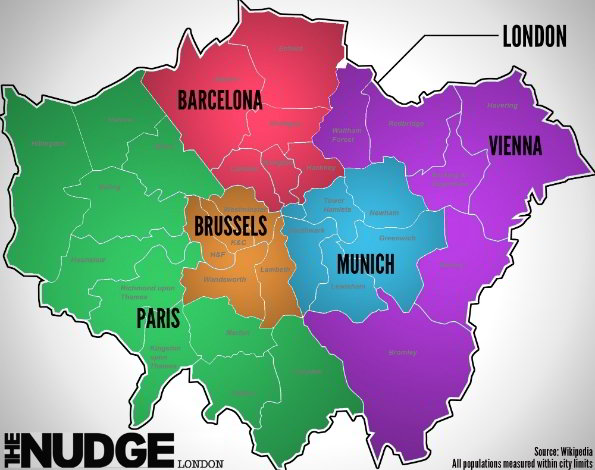 It turns out you could squeeze at least five other major European cities into it, and still have room spare. So we crunched the numbers, and figured out exactly which boroughs you could bundle together in order to come out at the same populations as:

Now click here for the really, really big version of that map.

The fine print: All populations, including London’s, are measured within city administrative limits not metro area (some sprawling cities, like Paris, include a large metro population who aren’t technically part of the city itself). Data for both London boroughs, and European cities come from 2014 estimates taken from Wikipedia.

Like London map facts? Check out our guide to the biggest album to come out of every London borough

London Compared to Other Cities