St Barts Is On Its Way To Central London

The team behind Nest & Fenn are opening a new restaurant this autumn with a rather unusual concept.

In fact, it sounds like it’ll be quite a moving experience – because the plan is to have the different courses of the tasting menu in different areas of the restaurant itself.

And given how important context can be to a good meal, it almost seems strange that no-one’s tried the idea before. The new spot will be called St. Barts, and if you’re familiar with the gang’s previous places, you’ll know that small, sharing plates focused on ‘hyper seasonal’ produce is very much the trio’s – Johnnie Crowe, Luke Wasserman and Toby Neill – trademark territory. The aim is to draw attention to British ingredients in their finest form – beyond fish & chips – pulling in their most trusted, British, sustainable suppliers, who they’ve been working with closely since opening Nest in 2017. 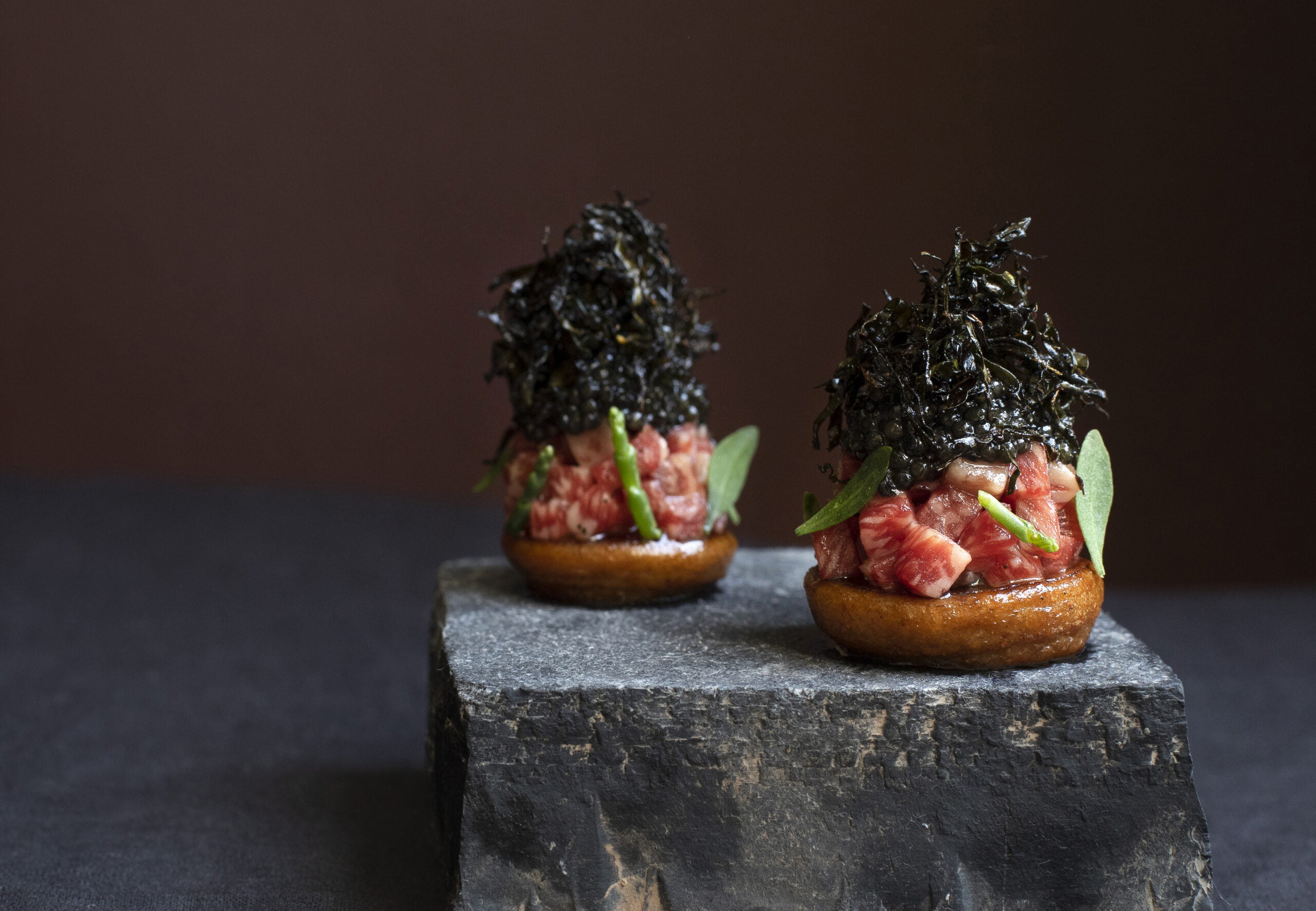 Heading up the kitchen is Kate Austen who has designed a 15-course taster menu that kicks off with some rather luxe sounding snacks (a Welsh wagyu bellini topped with Exmoor caviar and a floral tea-infused beetroot) before the slightly meatier red mullet terrine with salted kohlrabi (served with a red mullet bone broth); poached cod with preserved Whiltshire truffle; and native blue lobster served with fermented red peppers and British XO sauce. Don’t mistake invention for pretension though, the menu is rooted in simplicity with only two key ingredients used per dish.

Of course, as mentioned, you’ll be gently shuffled between areas to eat all of these dishes, starting with the canapés at the stone-topped bar, then front row at the chef’s counter for the mullet, before permanently moving into a candle-lit dining area for the mains and dessert. Each space will have its own identity to marry with the food you’re eating there, from warming wooden tables hand-carved from the city’s fallen trees, to colder natural stone flooring and so on – so no guesses as to what the drink offering might be….

NOTE: The 15-course menu will cost £120 per person with the option to tack on wine for an extra £80. For the lunch brigade, bargain hunters and those who aren’t quite comfortable spending three figures on dinner yet, there’s also going to be a six-course £60 lunch menu made up of the highlights.

OTHER NOTE: Restaurant St Barts has been pencilled in for a September opening and you keep tabs on its development by following either its Insta or its website, or both.