Technically, as long as they’re made out of paper, all menus are plant-based.

But the one they’re serving at the Rum Kitchen in celebration of World Vegan Day will be in all senses of the phrase.

It’s going to be put together by Anglo-Trinidadian chef Shivi Ramoutar. A meteorically rising star in the culinary world, she’s been celebrated for her modern Caribbean cooking, and appropriately, her debut cookbook is called Caribbean Modern.

Here, she’s put together an inventive set of plant-based, equatorial delights starting with small bites like curried cauliflower & coconut soup with crispy cauliflower croutons; plus a rainbow salad with green mango, papaya, grapefruit, and an agave & ginger dressing. There’s even a cob of corn roasted with citrus dressing until the kernels juuuust begin to pop. 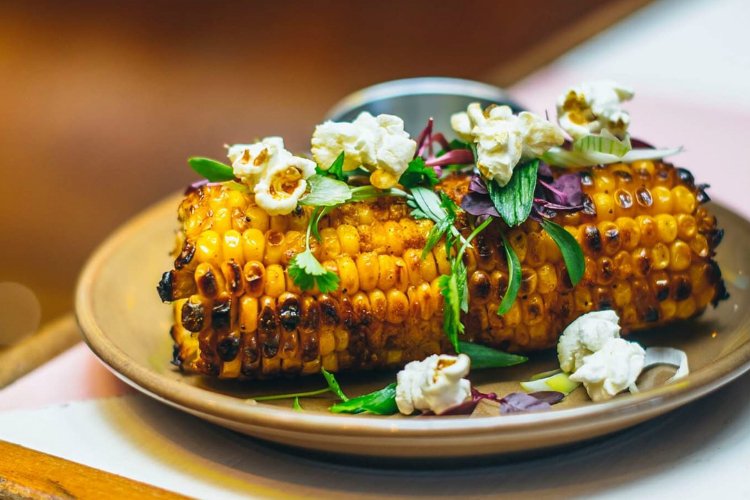 The bigger things include some jerk-spiced jack fruit with black rice, pineapple, and jerk gravy; some creole squash with cocnut kale crisps; and little KFC (Krispy Fried Cauliflower) which comes with garlic sweet potato mash & tamarind aioli. To top it all off? There are desserts in the form of chilli pineapple carpaccio with lime sorbet; and spicy poached papaya with ginger crumb & coconut whip.

Which is worth a crack.

NOTE: Rum Kitchen x Shivi Ramoutar’s new plant-based menu will be available from November 1st at all three Rum Kitchen locations. You can find out more, and make a booking at their website right HERE.

OTHER NOTE: Nudge Members, we’ve got something special lined up… Check your Members Area for more.

A David Bowie Pop Up Shop Is Coming To London It’s just down the road from his Ziggy Stardust album cover, so there are definitely worse places to spend a little loose ch-ch-ch-chaaaange.

A Big-Budget Immersive Batman Experience Is Coming To London And tickets go on sale soon….

Borough Is About To Get A Lot More Restaurants... And two of them are coming from the Barrafina guys.

The Barbary Are Opening Up A Second Venue, Right Next Door It’s called The Barbary Next Door.