It’s but one of the many California-inspired items on their all new menu, designed by chef Michael Harrison, whose CV appropriately includes a stint working at the pinnacle of Californian restaurants – or, you could argue, restaurants full stop – the three Michelin Starred French Laundry.

For those who haven’t been to Piano Works West End, it – unsurprisingly – comes to us from the people behind raucously enjoyable The Piano Works Farringdon, and is similar in concept: a live band, taking requests all night long, and playing non-stop music while the audience sing, dance, drink, and generally bring the house down. 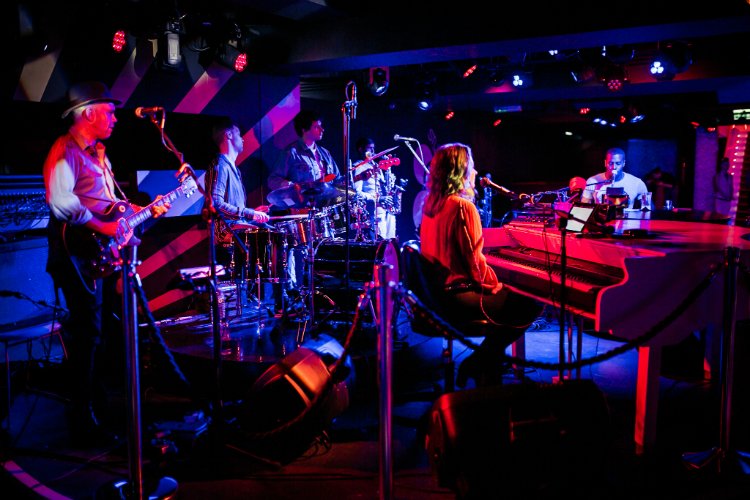 Then, if you fancy something a little more traditionally American, there ‘s a BBQ pulled pork or veggie-friendly cauliflower bowl, marinated and slow smoked with hickory wood and dressed with homestyle bbq sauce. Some more all-American favourites come in the form of buttermilk fried chicken, a classic hot dog with sauerkraut (based on the ones served in the San Francisco Giants baseball stadium), and a s’mores chocolate brownie coming with toasted marshmallows and smoked salt for a campfire-esque flavour.

It’s music to your ears.

NOTE: Piano Works West End is open now. You can find out more and make a booking at their website right HERE.

Like the sound of this place, but want somewhere less central? The Piano Works in Farringdon should do the trick.