A 20yr-old chef prodigy is coming to Marylebone...

Since opening five years ago, Carousel has seen 150 chefs pass through its kitchens.

On purpose, you understand, it’s not like they’re P45-happy.

The entire point of the venue is to provide a platform for up-and-coming chefs to show off their skills in a temporary residency. And this summer, they’ve got five new, very interesting chefs on the menu…

Emmanuel Prieto | Until 13th July
One of Mexico’s most interesting & creative food-smiths, Emmanuel Prieto’s pop up restaurant Mesa Nomada was so well-received, he was top of the list of chefs that René Redzepi asked to help on his NOMA Mexico project. 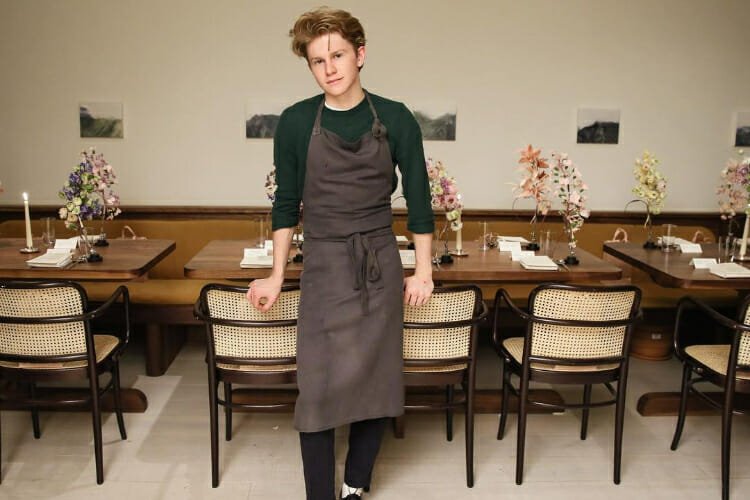 Flynn McGarry – Gem | 30th July – 10th August
At 12 years old, Flynn McGarry opened his first supper club in LA. At 16, he was on the front cover of Time Magazine. At 18, he opened his first restaurant in New York. At 19, he had a documentary made about him (it’s just gone to Sundance). And at 20? He’s coming to London for a stint behind the pans in Carousel. Expect king crab with rose petal miso, chamomile-scented potatoes and red currant; and barbecue lamb ribs with cracked coriander seed and XO sauce.

Ricardo Verdejo | 13th-24th August
This 28 year-old chef has travelled an insane amount, cooking in restaurants in Paris, New York, Chile and Mexico City (two of which are sitting pretty on the World’s 50 Best Restaurants list). The result? British ingredients getting pampered with some of the finest culinary techniques taken from around the world.


Mazzo | 27th August – 7th September
Marco Baccannelli and Francesca Barreca’s restaurant in Rome has only 10 seats. It serves traditional Roman recipes, and they pay and understandably huge amount of attention to each one. Think ‘rigatoni alla carbonara’ and the deep-fried ‘trippa alla Romana’ (with tomato sauce, local pecorino and mint).

And after that? The carousel keeps turning…

NOTE: The Carousel summer residencies are taking place from now until September 7th. You can find out more, and book your table right HERE.

Things To Do | London Bridge