Which makes sense, when you consider that the entire island chain is only a few degrees away from technically being re-classified as a very large oven.

With that in mind, the people behind the Island Social Club (a pair of Caribbean Londoners, Marie Mitchell and Joseph Pilgrim) have taken it upon themselves to deliver the very best of modern British Caribbean food & drink to our capital for the past few years via a series of rum & roti-based pop ups. And now, finally, their efforts have paid off with a year-long residency. And let’s face it, that’s about as solid a litmus test for a permanent venue as you can get. 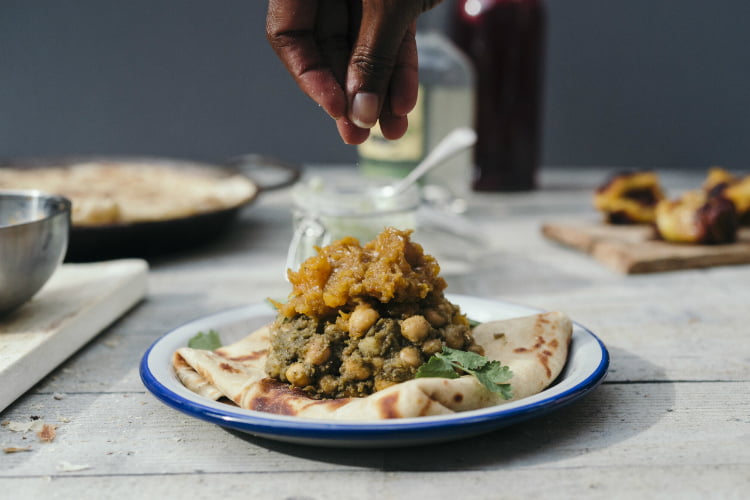 It’s taking place in Haggerston’s Curio Cabal, which recently played host to TaTa Eatery. You’ll find it in a diminutive building that’s hemmed in by Regent’s Canal one side, and the Kingsland Basin on the other. Inside the space has been outfitted with unvarnished wood tables & furnishings, giving it a strangely island-ey, beach-hut feel, almost as if the founders of Curio Cabal psychically foresaw the coming of the pop up when they built the place.

Your meal will almost certainly include some fluffy, flavour-soaking roti and plantains (which are cooked two ways: boiled with skin on & blackened on the griddle). They’ll go with ‘smalls’ like jerk wings or pepper shrimp, and larger curries including their famed 24hr marinaded mutton, or a light, French Island-style chicken stew called Colombo de Poulet. 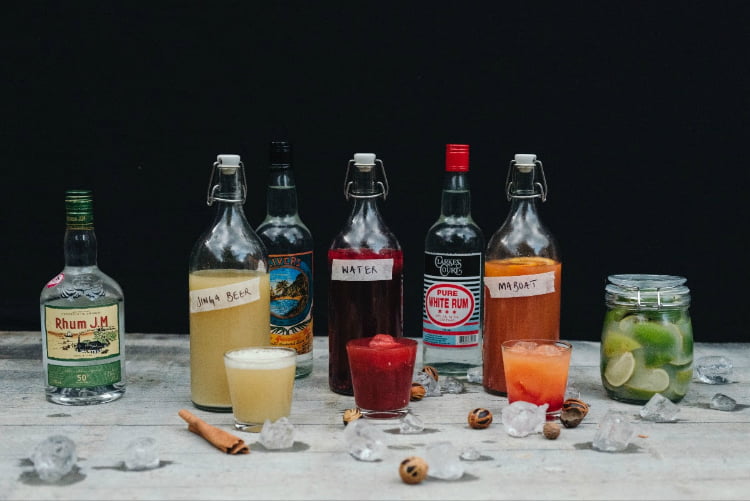 The bar includes signature cocktails such as the Ma’boat Rum punch, made to Joseph’s father’s secret Grenadian rum punch recipe (apparently he “wouldn’t shut up about his boat”, hence the name) and which must be batched for a minimum of 28 days to allow the flavours to develop and evolve. Then there’s also the Jinga Beer, made using homemade ginger beer stiffened with rum and “served frothy”. Oh, and if you’re feeling brave there’s a margarita made with Scotch Bonnets. Want in?

NOTE: The Island Social Club has now finished its residency here. You can keep track of what they’re up to next HERE.