NOTE: Pacific has now finished its residency at 10 Heddon Street – but you can keep up with any news here. Meanwhile, Fallow has now moved in.

And its undoubtedly one of the best new restaurants in the city right now. It’s taking up the space in Mayfair’s rotating residency 10 Heddon Street, which has just been vacated by the crazily well-received debut team formed by Smokestak founder David Carter & former Kitty Fisher’s chef, Chris Leach.

Ordinarily, that would be a near-impossible act to follow. Unless, that is, you’re new tenant Aussie chef Shaun Presland who boasts what can only be described as an astoundingly impressive CV. You see, Presland has spent the past 25 years training under the best Japanese chefs on the planet, including luminaries like Hiroshi Miura, Kenji Nishinakagawa and Nobu Matsuhisa. In fact, he spent seven years just learning about sushi.

Presland then returned to Australia where he’s credited with turning Sake restaurant group into one of the biggest culinary success stories in the country. He’s not without experience among the London food and drink scene either. Last year saw him deliver two critically lavished pop ups in Carousel & the Tate Modern before deciding to take on something a little more long term at this slick, industrial-styled Mayfair space. 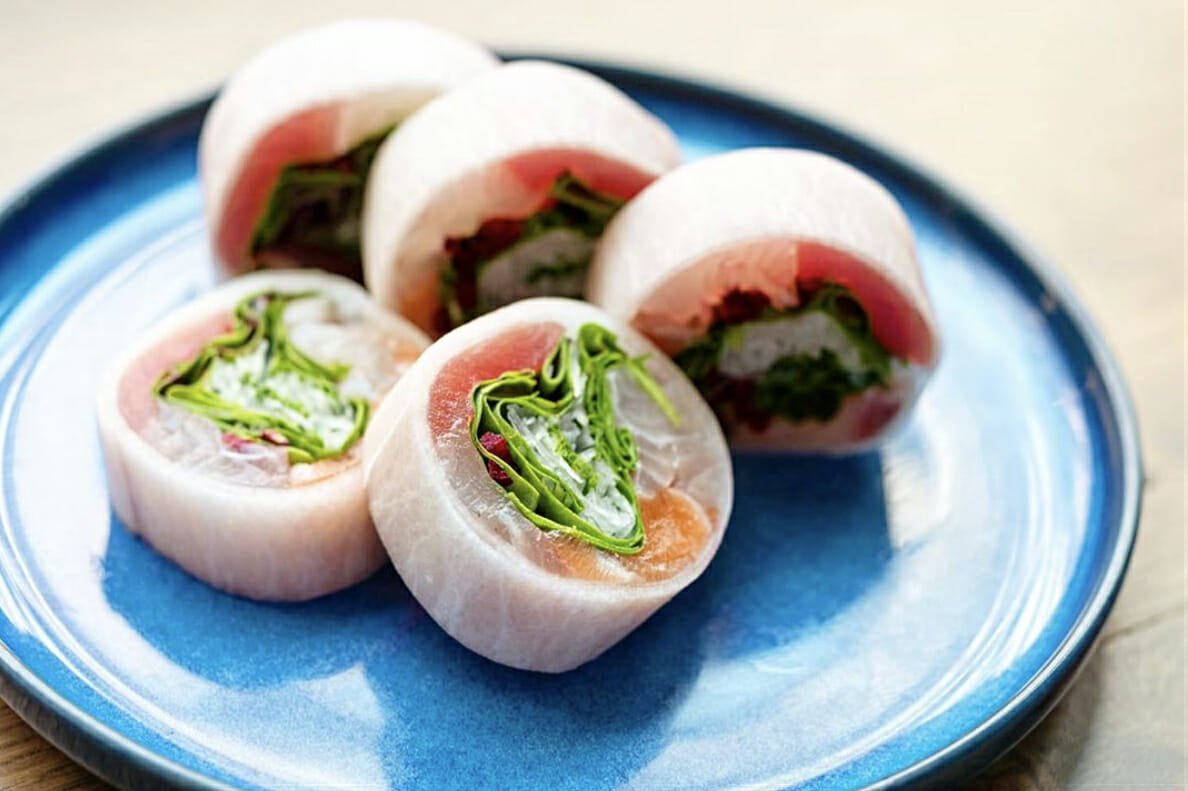 Here, he’s absolutely nailed it. But Presland’s not the only star of the show either. Pacific boasts a notable team of warm, friendly front of house staff who seem to know almost as much about the food as the chef himself, and have a near-psychic ability to provide precisely as much or as little service as you require.

The shell of the restaurant remains the same as the previous residency – brushed concrete walls; huge warehouse-style windows; and a big open kitchen at the back – however they’ve also made an effort to personalise the space with a couple of additional touches, like fur blankets on the chairs and a couple of over-sized wall hangings designed to echo ripples of water, backlit in pink, again to allude at both sunrise, and sunset over the ocean.

The food, as you’d expect, is contemporary Japanese. The menu is broken up into small plates; sashimi; mains; and dessert; all of which you can either tackle alone or shared. Stand out dishes include the light yet flavour-filled kingfish sashimi, served with pickled fennel, and dab of house made jalapeno kosho (a citrus pepper paste). Also the bondi roll, a playful, modern take on a regular sushi roll, served without rice, but instead combing mixed sashimi, avocado and chive in a very fine strip of Tokyo turnip, served alongside a sticky house soy.

You’ll also find a crispy monkfish katsu sandwich with shredded cabbage and bulldog sauce (a thick Japanese Worcestershire-type deal) that rivals that at Bright; plus their Wagyu steak, served at your table on your own mini robata grill, alongside a trio of dipping sauces, makes for a nice little bit of theatre mid meal. To add to all this, they also offer a daily changing blackboard of of specials, filled with sushi from the morning’s day-boat catches. 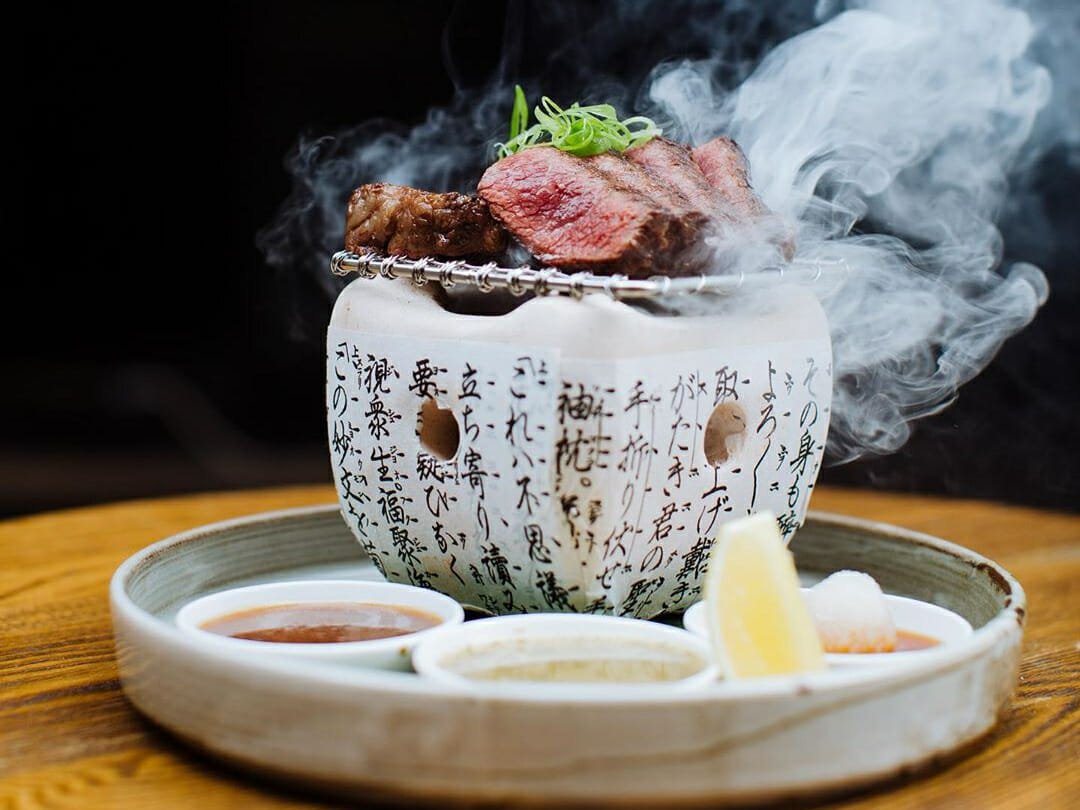 Drinks wise you’ll find a short menu of house-designed cocktails, including a coffee colada, which is a first for us but definitely not the last. Otherwise they have a carefully curated wine list showcasing mostly organic and minimal-intervention South Australian wines…

…if we’re being Pacific.

NOTE: Pacific has now finished its residency at 10 Heddon Street – but you can keep up with any news here. Meanwhile, Fallow has now moved in.

The Great Christmas Feast The ghost of Christmas future says you should go.

Ended
Things To Do | London Bridge