Mayfair’s 10 Heddon Street has bagged itself an enviable reputation for hosting a carefully curated – and consistently applauded – roster of restaurant residencies since first opening in the summer of 2019, having kicked off with the excellent Manteca, followed  up with Pacific, and then continued its run with Fallow.

And next to take up the golden mantle is – drumroll, please – Sarap Filipino Bistro…which – given the awards & critical lavishment that its chef patron and Brixton outpost have both received over the years – is already gearing up to be another massive hit.

Sarap’s the personal project of chef Ferdinand “Budgie” Montoya. Born in the Philippines, raised in Sydney and now living here in London, Budgie started out working at Michelin Starred restaurants like Story before running his own supper clubs & pop ups (which lead to his permanent spot in Brixton). But this move – opening within 10 Heddon Street – is his biggest yet, putting Filipino cuisine on the stage it deserves, in the heart of London. And you’re getting in for a special preview before it opens to the public, with 50% off… 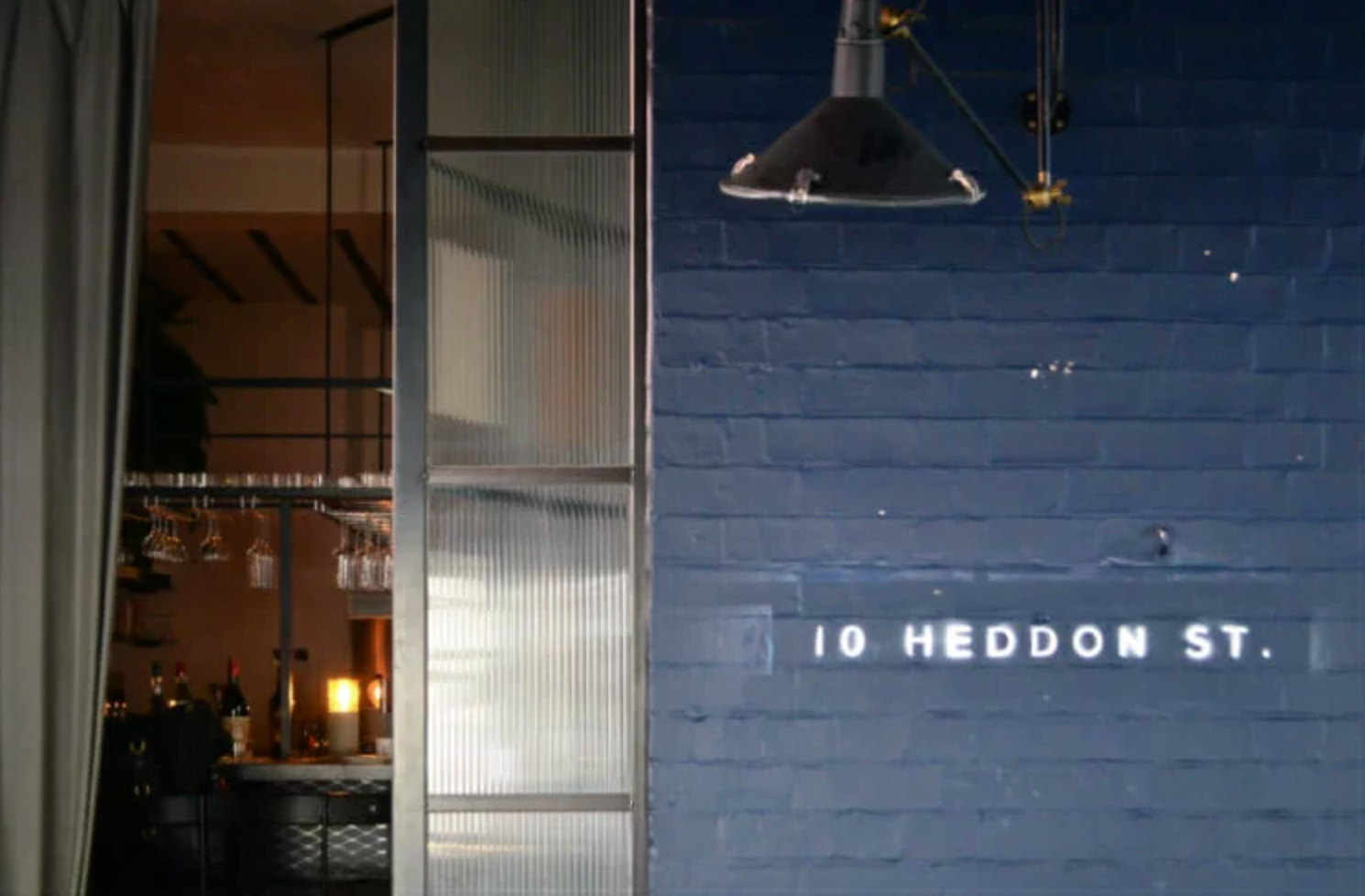 The restaurant itself is remaining broadly unchanged, with a simple, pared-back industrial feel. It’s designed so as not to paint any overbearing identity onto its rotating occupants – but you can expect as before to find a beautiful poured concrete bar up front, a skylit dining area next to the open kitchen in the back, and warehouse-style windows pouring light onto the booth seating that lines the walls.

Budgie’s menu, in contrast, is a warm slice of tropical sun built around a cornerstone dish of Lechon pork. At 10 Heddon Street he’ll be serving it in the form of slow-roasted suckling pig stuffed with lemongrass & truffled adobo pork rice, and finished with a glassy, brittle crackling. If, however, you’re after something that fits onto just one plate, you’ll also find traditional Filipino dishes like Ensaladang Talong (smoked aubergines with tomatoes & salted duck egg); Escabeche (grilled monkfish with sweet & sour red pepper sauce, plus pickled peppers); and Tsokolate, which is a four-layered chocolate cake designed to showcase the Philippines’ magical ways with cacao… 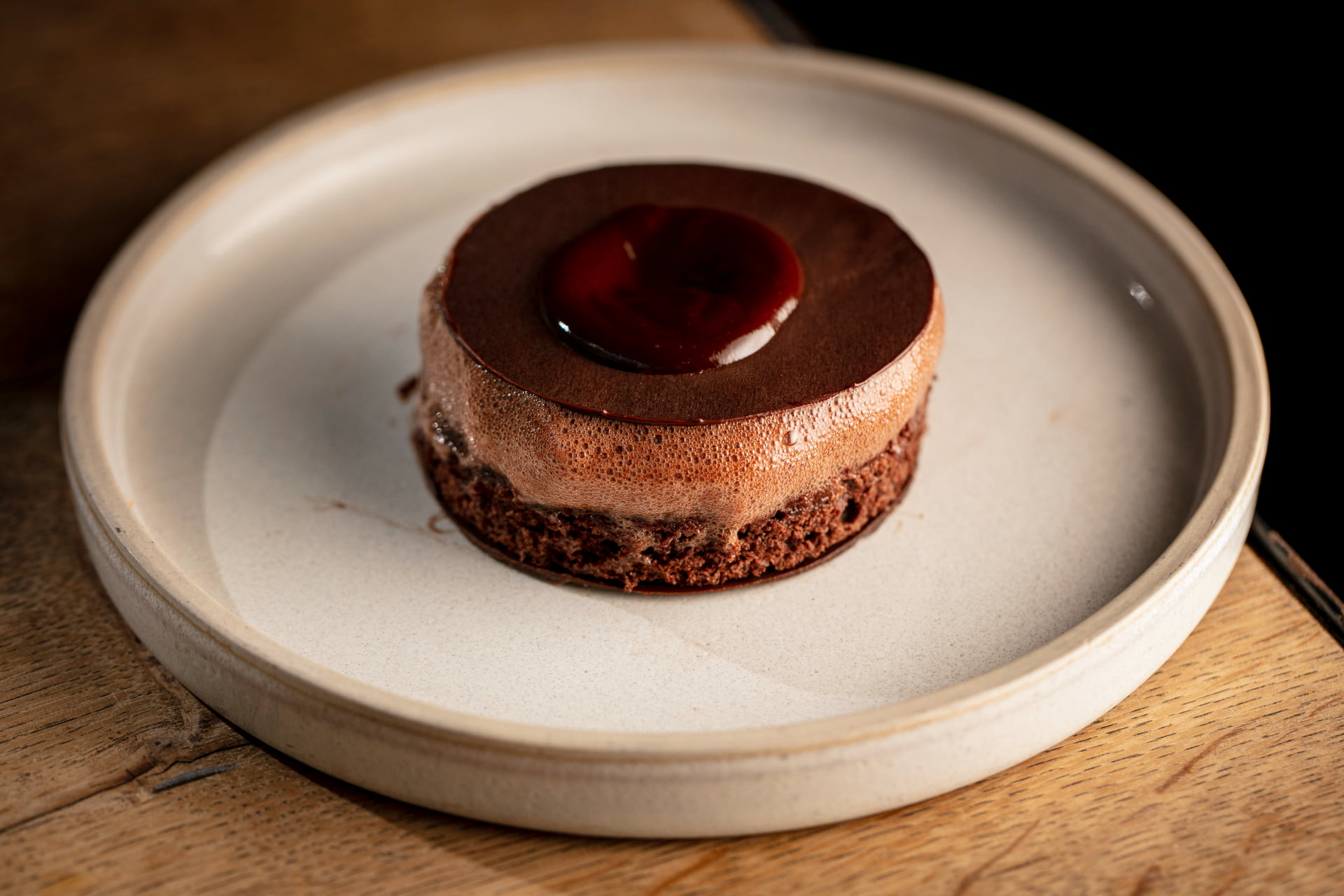 That big ol’ concrete bar’s going to be put to good use too, producing cocktails like the Darker Don, which blends Don Papa rum (an aged sipping rum made from Filipino sugarcane) with lime & ginger beer. There’ll be plenty of new cocktails popping up as the residency rolls on too, with a plan to make creative use of all of the kitchen’s surplus fermentations, kombuchas, and drinking vinegars to minimise wastage. And finally, in respect to the Filipino tradition of ‘Pulutan’ in which people eat their food with an ice cold beer…

…yes, there’ll be beer too.

NOTE: Sarap Filipino Bistro is officially opening at 10 Heddon Street on 23rd November. You can also check out the Sarap website HERE or book in directly via Opentable HERE

ALSO NOTE: Nudge Members can book into an exclusive preview night at Sarap Filipino Bistro on 15th November (the week before it opens to the public) with 50% off your food bill PLUS complimentary Don Papa cocktails on arrival – check the Members’ box at the top of this article for the booking details.

Looking for a nightcap nearby? Head down to Kwānt