In 1771 Adolf Frederick, King of Sweden died after eating a meal of lobster, caviar, sauerkraut, smoked herring, champagne, and 14 servings of his favourite dessert (almond-stuffed semla in a bowl of warm cream). He is remembered as “the king who ate himself to death”.

Mark Jarvis’s latest restaurant is not named after this.

But it makes for an interesting coincidence, because you will indeed eat like a king, and you’ll get an awful lot of very, very good food. Just not quite 14 puddings-worth.

It’s actually named after the year that Sloane Square was first designed & laid down, and you’ll find it a stone’s throw away from the thoroughfare itself over on Holbein Place, poking its nose into Belgravia. This is the location of Jarvis’s previous restaurant, Liv, where was taken on as chef-director shortly after blowing everyone’s socks off with Anglo. But After the pandemic came along and flipped over the tables, Jarvis decided to take the opportunity to remake the whole thing in his own image.

Thus we have 1771, a serenely calm space that fits very well in the neighbourhood, with white walls brightened up by postmodern artworks from the likes of Warhol & Lichtenstein, and tables draped in the kind of crisp white linens that the commandments of fine dining demand. But thankfully, any stuffy edges are trimmed away by the bright, friendly staff, and the fluffy pillows lining the banquettes. 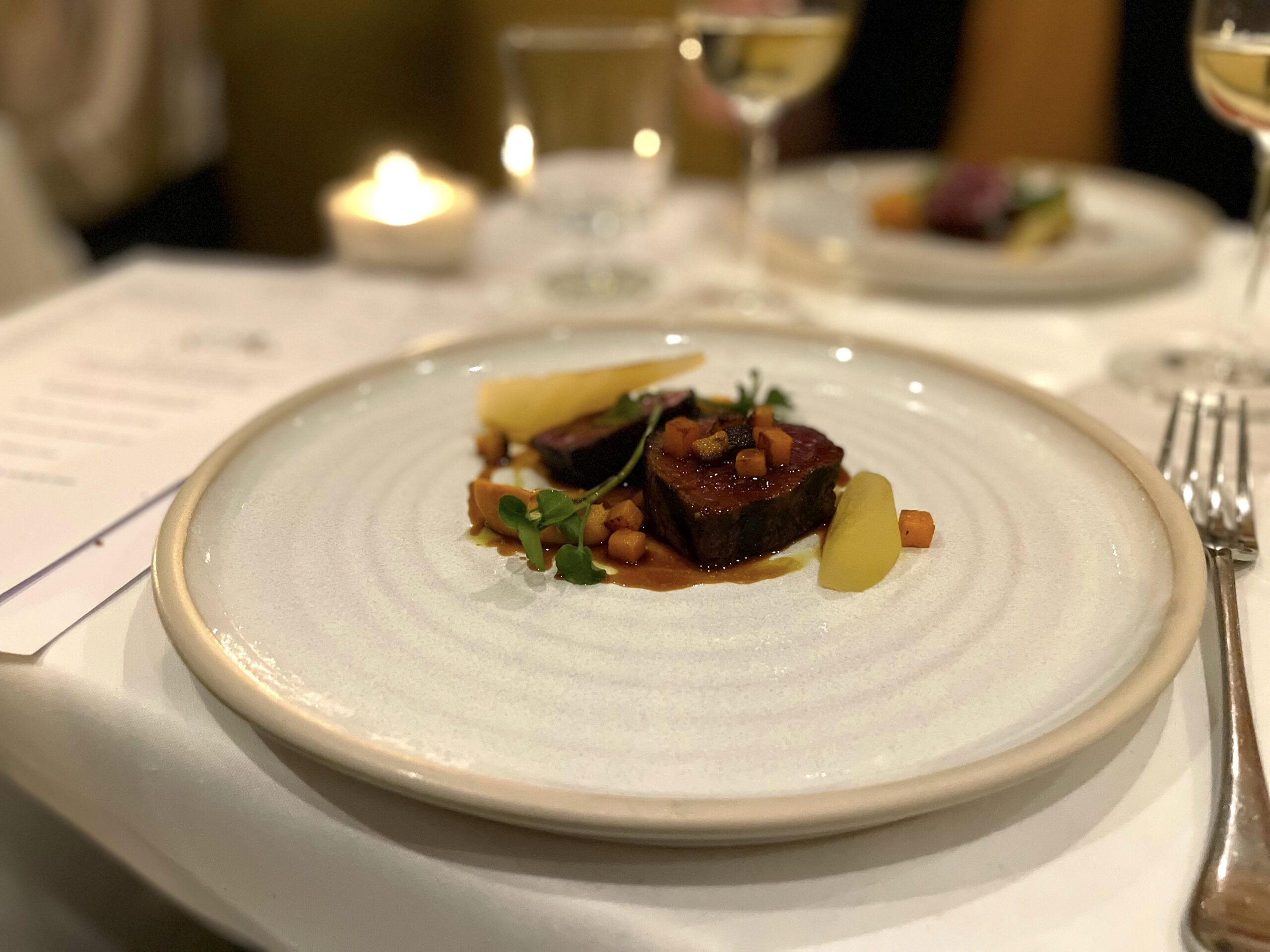 And the food? It’s tasting menu only. 10-ish dishes every evening, rotating frequently as you might expect, so you never know quite what you’ll find on any given night. You are likely, however, to start off with some crystal bread, made with a dough mixture that’s 95% water, turning out a finished product about as light and fluffy as the laws of physics will allow. After that, perhaps a thick, creamy mushroom ‘custard’ so rich that one would be forgiven for struggling to finish it, despite its modest size. Or maybe a slice of dry-aged halibut with a skin so crispy that it snaps, or a thick cut of venison fillet partnered up with soft pear. There’ll definitely be a helping of cheese on toast (a legacy dish from the menu at Anglo) made with a bouncy slice of malted bread blanketed in three types of cheese, and finally a dessert of pain perdu (French toast) with butterscotch, and a light parsnip ice cream.

To drink, the wine list is built mainly from Burgundy, but there are craft beers, ciders, and some classic cocktails to boot. And although all of them are quite delicious, it’s best not to try every single one.

We all know where that can lead.

NOTE: 1771 is open for dinner Tuesday – Saturday. You can find out more, and make a booking at their website right HERE.

Like tasting menus? Da Terra has one of the best in the city…